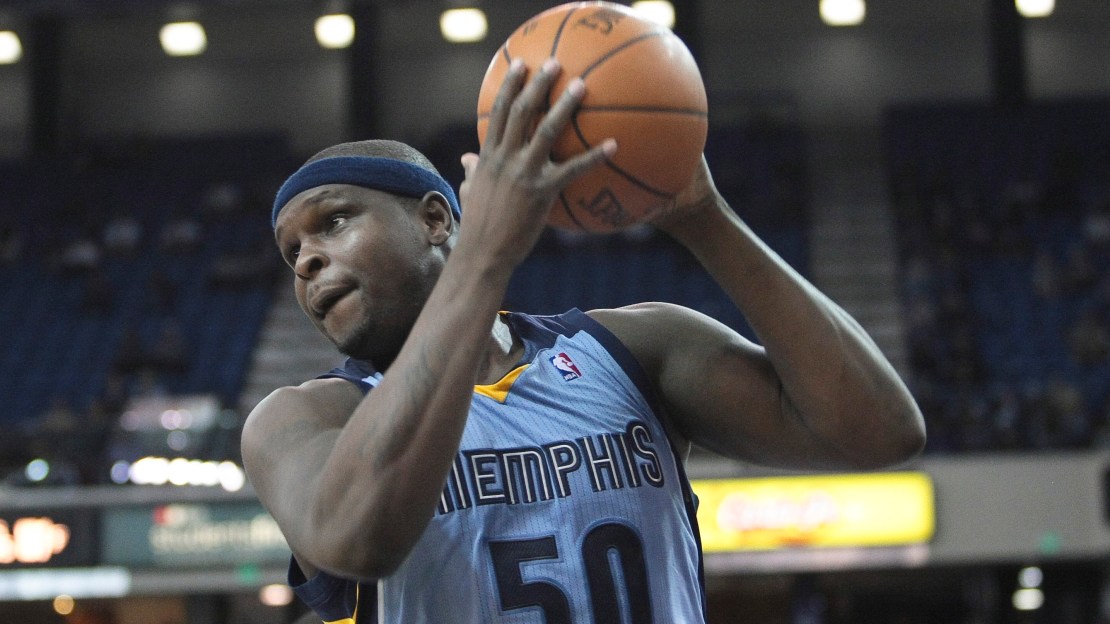 The 2013-14 college basketball season is well in the books. The NBA Finals is underway, and the NBA draft is just around the corner. There is plenty of Big Ten stardom in this year's draft, but how elite college players such as Noah Vonleh, Gary Harris and Nik Stauskas pan out in the NBA is anyone's guess.

This got me thinking about the top former Big Ten players who have had success at the next level, and how those players stack up against one another.

Here is my top 10 list of Big Ten players in the NBA today.

Editor's note: Jason Richardson (Michigan State), who has compiled a great 12-year career, missed the entire 2013-14 season and was not considered for this list.

1. Deron Williams, Brooklyn Nets
Williams became a household name shortly after entering the NBA in 2005 out of Illinois. In nine seasons, this talented floor general has put up career averages of 17.4 points and 8.7 assists per game. Williams is a three-time NBA All-Star and a two-time gold medalist (2008 and 2012). It's pretty tough to top that list of career achievements.

2. Zach Randolph, Memphis Grizzlies
This former Michigan State star has carved out an exceptional career. In 13 NBA seasons, Randolph has career averages of 17.2 points and 9.4 rebounds per game. In fact, he has averaged double-doubles in eight of those 13 years. That's just flat-out impressive and well deserving of the runner-up spot on this list.

3. Mike Conley Jr., Memphis Grizzlies
Conley wasn't even the top draft pick from Ohio State back in 2007. That honor, of course, belonged to Greg Oden, the No. 1 pick. But Conley Jr. has been exceptional since arriving in the NBA. This past season was Conley's best, putting up 17.2 points and six assists while leading Memphis to another playoff berth. It's just a matter of time before this guy gets selected to his first NBA All-Star team. He is one of the top up-and-coming guards in the NBA.

4. Eric Gordon, New Orleans Pelicans
The former Indiana star has struggled with injuries throughout his young NBA career, but when this guy is on the floor, he is one of the top shooting guards in the game. In six NBA seasons, Gordon has averaged at least 15.4 points every year, including a 22.3 point, 4.4 assist breakout year in 2010-11. Plain and simple, this is one of the top shooters in the NBA.

5. Jamal Crawford, Los Angeles Clippers
It's not every day you see a player get better as he gets older, but that is the case with Crawford. The former Michigan guard just completed his 14th NBA season, and compiled one of the best seasons of his pro career (18.8 ppg, 36 percent from 3) en route to earning his second NBA Sixth Man of the Year.

6. Victor Oladipo, Orlando Magic
This former Indiana All-American has already made his presence felt at the NBA level, after just one season. In his rookie season, Oladipo averaged 13.8 points, 4.1 assists, 4.1 rebounds and 1.6 steals per game for the Orlando Magic. He finished second to Michael Carter-Williams in the 2014 NBA Rookie of the Year voting and was named to the NBA All-Rookie First Team. This guy is a stud in the making.

7. Jared Sullinger, Boston Celtics
Remember when 20 other NBA teams passed on this guy coming out of Ohio State in the 2012 NBA Draft? Sullinger has proved teams wrong in his first two NBA seasons. The former Buckeye standout averaged 13.3 points and 8.1 rebounds per game this past season for the Celtics. Look for him to continue to build on those numbers and emerge as a double-double force.

8. Draymond Green, Golden State Warriors
For those who followed the Golden State Warriors this season and saw their nail-biting playoff series against the Los Angeles Clippers, you know exactly why this former Michigan State star appears on this list. Green has developed into one of the budding, young talents in the NBA and is a joy to watch because of his outstanding hustle and leadership. He averaged 12 points and 8.3 rebounds per game in the postseason this year, while working his way into the Warriors' starting rotation in just his second NBA season.

9. Trey Burke, Utah Jazz
Like Oladipo, this is another guy who enjoyed an outstanding rookie season. The former AP Player of the Year put up 12.8 points and 5.7 assists per game on his way to finishing third in the NBA Rookie of the Year voting and making the NBA All-Rookie First Team. During a stretch from late-November to mid-January, the former Wolverine put up double-digit points in 18 of 22 games, including a 30-point outburst in a win over Oladipo and the Magic back on Dec. 18. This guy has a very bright future ahead of him in the NBA, for years to come.

10. Evan Turner, Indiana Pacers
Turner well could have been higher up on this list, but a late-season trade from Philadelphia to Indiana saw both his minutes and numbers take a major hit. Before being shipped to Indiana, the former Ohio State standout was averaging 17.4 points and six rebounds for the 76ers, compared to just 7.1 points and 3.2 rebounds per game with the Pacers. This just goes to show that when Turner finds a good fit, he is one of the elite former Big Ten players in the NBA today.