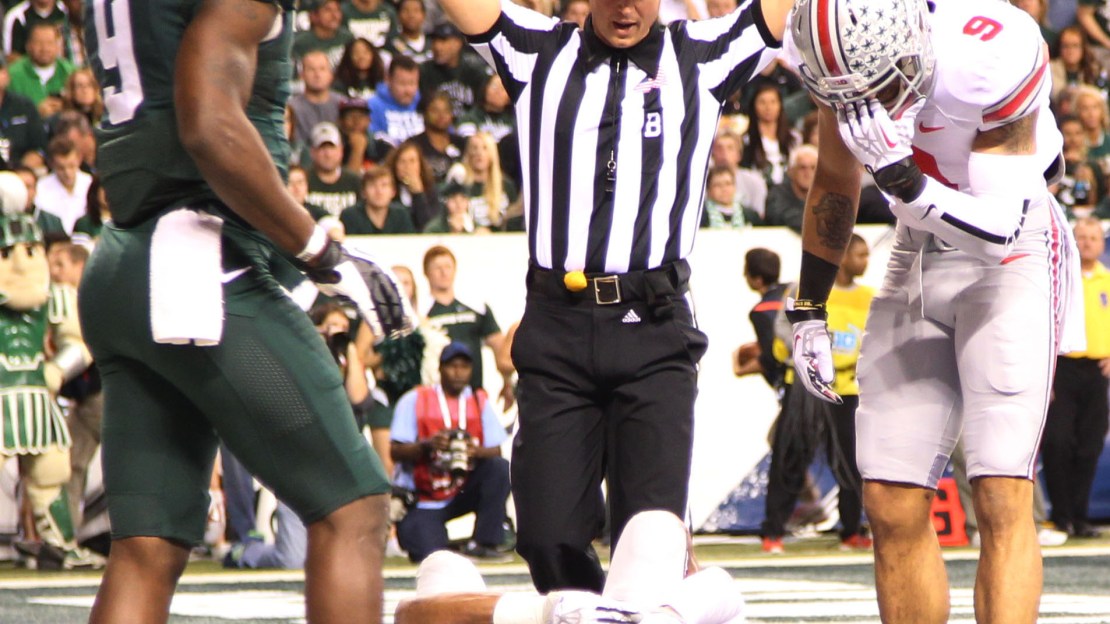 We continue our football schedule preview series to help pass some of the time before the 2014 season kicks off. Today, it?s time for Tom Dienhart to offer his super-early must-win game for all 14 Big Ten teams.

ILLINOIS
If this is a bowl team, Illinois must beat visiting Minnesota on Oct. 25. As a matter of fact, a loss here may kill the program?s bowl hopes. Yes, the Illini play at Wisconsin the game before, but Illinois has a bye after the trip to Madison. So, with two weeks to prep, the Illini should be ready to pay back a Golden Gophers? squad that has won the last three meetings and four of the last five vs. the Illini.

INDIANA
If the Hoosiers are going to go bowling, they likely will need to win a Big Ten road game. And that game figures to be at Rutgers on Nov. 15 in the first meeting between the schools. Indiana will be coming off a tough aforementioned four-game stretch. How will the Hoosiers be holding up?

IOWA
Iowa needs to take care of business when Wisconsin comes to Kinnick Stadium on Nov. 22. The Badgers have been a Big Ten bad boy in recent years. To be the best, you have to beat the program that has been the best. The Hawkeyes need to show Wisconsin who is boss if they want to win the West.

MARYLAND
The Terrapins need to beat visiting West Virginia on Sept. 13. The rival Mountaineers are coming off a 4-8 season, looking for traction under Dana Holgorsen whose record has gotten worse in each of his three seasons. Wins could be difficult to come by in the Big Ten East, so Maryland needs to cash in as often as possible in non-conference action. The Terps beat WVU last year but lost seven in a row to the Mountaineers before that.

MICHIGAN
Michigan must dispatch visiting Penn State and new coach James Franklin on Oct. 11, which would end a four-game losing skid in the series. Before that, Michigan won nine in a row vs. Penn State. Plus, a win vs. PSU would give the Wolverines some mojo as they enter the toughest part of their schedule.

MICHIGAN STATE
If Michigan State wants to repeat as Big Ten champs, it must first win the East division. And that figures to mean beating Ohio State. The game follows a visit from Michigan, but the Spartans will have a bye to prep for the Buckeyes? big visit. Good thing.

MINNESOTA
To be an upper-division Big Ten West squad, Minnesota needs to beat visiting Northwestern on Oct. 11. The Gophers won 20-17 last year in Evanston, ending a three-game losing streak in the series. Minnesota hasn?t won two in a row vs. the Wildcats since a three-game run from 2002-04. And 2004 is the last time the Gophers beat Northwestern in Minneapolis.

NEBRASKA
Forget Black Friday shopping, take me to Iowa City for football! The trip to Iowa on Nov. 28 could decide the Big Ten West champion. The Huskers are looking to pay back the Hawkeyes after getting embarrassed last year in Memorial Stadium. This could be a low-scoring slugfest.

NORTHWESTERN
To go to a bowl, Northwestern probably has to win at Minnesota on Oct. 11. The Golden Gophers stole one in Evanston last season, taking a 20-17 win, as Minnesota is threatening to surpass NU in the pecking order of the Big Ten West. Prior to that defeat, the Wildcats had won three in a row and five of six vs. the Gophers. NU has won its last three trips to Minneapolis.

OHIO STATE
It is the Michigan State game. Ohio State?s trek to East Lansing probably will shape up to be a de facto Big Ten East championship game. It will be fun to watch Braxton Miller and the Buckeye offense battle the always tough Michigan State defense. And does it get any better than Urban Meyer vs. Mark Dantonio?

PENN STATE
Penn State remains ineligible for a bowl, so it?s tough to call any game a ?must win.? But from a confidence standpoint, the Nittany Lions need to protect their home turf when Maryland visits on Nov. 1. The teams haven?t played since 1993, but the Terps likely will have a chance to climb over Penn State in the ultra-competitive Big Ten East with a win in State College.

PURDUE
The Boilers need to focus on trying to beat visiting Northwestern on Nov. 22. The Wildcats are a program Purdue needs to crawl over in the Big Ten West. NU has won four of the last seven meetings. The Boilermakers won the last time these teams met in 2010. But the Wildcats have won two of the last three times they have visited West Lafayette. Still, NU may be beatable.

RUTGERS
With a grueling 2014 slate, Rutgers would benefit from opening the season with a win vs. Washington State in a game being played in Seattle. Still, that could be difficult. Mike Leach appears to have his pass-happy Cougars ready to break out in Year Three of his regime. Still, a win by the Scarlet Knights would provide some needed confidence and mojo coming out of the gate. Rutgers and Wazzu never have played.

WISCONSIN
If Wisconsin wants to win the Big Ten West, it will need to win all of its home games-and that will mean beating Nebraska. It could be a tall order, as Bo Pelini will have one of this best Cornhuskers teams during his seven-year tenure in Lincoln. The Husker defense could be very good.