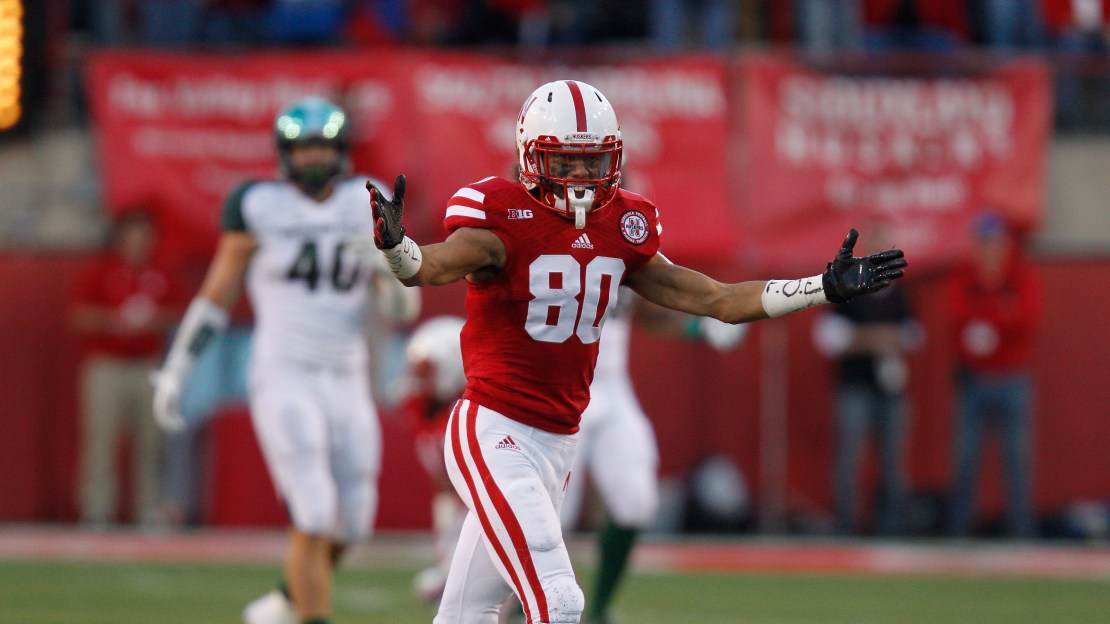 The first Saturday in October is a light one, as there are just six games. Five are conference games. But there is just one truly marquee game, with Nebraska playing at Michigan State. Could that be a preview of the Big Ten title game? Here?s a breakdown of Week 6.

Best storyline: All eyes will be on East Lansing for a monster tilt between Nebraska and Michigan State. The Cornhuskers figure to be an underdog when they come to Spartan Stadium. But Nebraska could leave with a victory, as Bo Pelini will have one his best squads in his seventh season in Lincoln. The Cornhuskers won the last time they visited East Lansing, taking a 28-24 win in 2012. Michigan State beat Nebraska for the first time ever last season when it took a 41-28 triumph in Lincoln, giving the Spartans a 1-7 all-time mark vs. Nebraska.

Game of the week: Nebraska vs. Michigan State. This could be a preview of the Big Ten championship game. And, I?d be OK with that. The Cornhuskers won the last time they visited East Lansing, taking a 28-24 decision in 2012. Michigan State beat Nebraska for the first time ever last season when it took a 41-28 decision in Lincoln. It was MSU?s first win ever vs. Nebraska.

Top quarterback matchup: Nebraska?s Tommy Armstrong vs. Michigan State?s Connor Cook. Armstrong showed promise last year when he was thrown into the fray while Taylor Martinez dealt with injury. Armstrong made eight starts in 2013 and finished with 966 yards passing and nine touchdowns, while rushing for 202 yards and two touchdowns. He completed 51.9 percent of his passes and is working to increase his passing efficiency. Cook was a revelation, emerging as one of the most surprising players in the Big Ten after winning the job from Andrew Maxwell early last season. Cook went on to earn MVP honors in the Big Ten championship game and Rose Bowl during a magical 13-1 season for the Spartans in which he had 22 touchdown passes and just six interceptions.

Best coordinator battle: Nebraska offensive coordinator Tim Beck vs. Michigan State defensive coordinator Pat Narduzzi. Beck pushes the buttons on a go-go Huskers offense that averaged 412 yards and 32 points last season. Much of the skill talent from that attack returns. Narduzzi helped construct the No. 1 defense in the Big Ten for the third consecutive year in 2013. The Spartans finished the season ranked No. 2 in the FBS, allowing just 252.2 yards per game

Upset alert: Purdue won?t be favored in many games-maybe just three. So, there will be plenty of chances to pull upsets. The best may be when the Boilers go to Illinois, which won an ugly game in West Lafayette last season. It has been the Illini?s lone Big Ten win the last two seasons. Purdue won the last time it visited Champaign in 2012. In fact, the Boilers have won three of their last four trips to Illinois.

Week 6 nuggets: Penn State, Minnesota and Iowa are off … Wisconsin has won three of the last five games vs. Northwestern, scoring at least 31 points in each meeting. This will be Wisconsin?s first trip to Evanston since 2009, as NU has won the last three meetings on its turf. The Badgers? last win in Ryan Field? It was 1999, a 35-19 decision with Ron Dayne rumbling … Indiana has played North Texas once-and got beat in Denton in 2011.