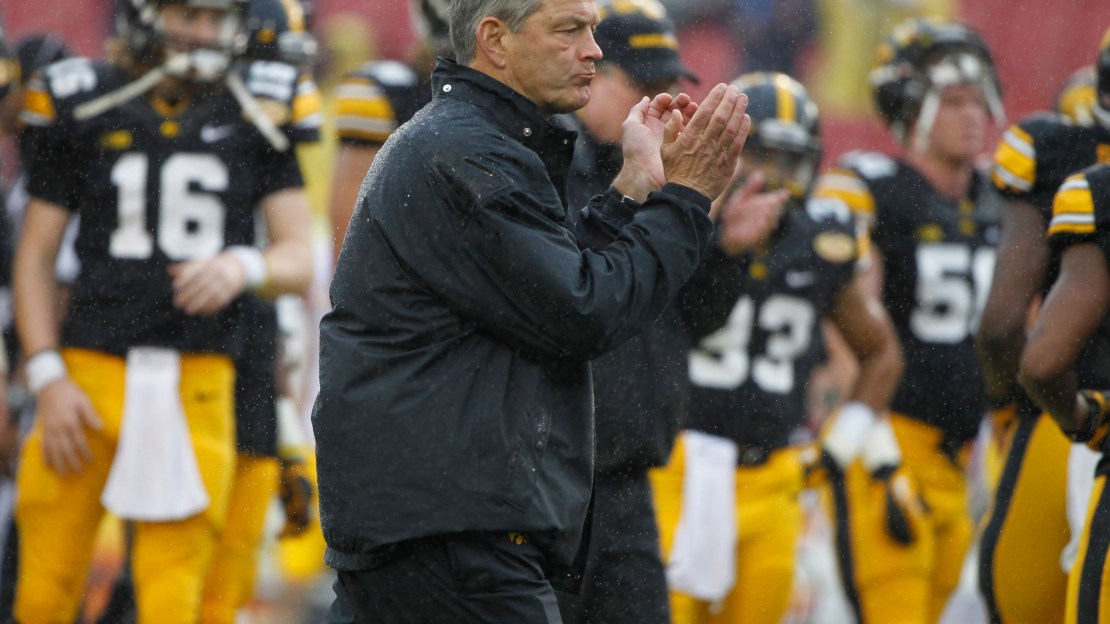 How about an Iowa vs. Alabama game to open the 2015 season? Yes, please. The Tide needs a foe, and it sounds like they are having a difficult time finding one and will ?take anybody.?

The Cleveland.com series on the Ohio State tattoo scandal continues. Here?s a link to a story with the NCAA investigator in the case, who says some of the rules were ?silly.?

Silly or not, they were rules, right?

Also check out Jackson?s video, in which he discusses a recent conversation he had with for Illini coaching legend Lou Henson about the upcoming Big Ten season. Illinois is loaded and should be headed toward an NCAA bid at the least.

Remember all of those stories about Michigan football players undergoing Navy SEAL training in recent years? Well, it won?t happen this offseason.

?To me, it was just something that has run its course,? Hoke said. ?Maybe (there was) some entitlement. They?ve got to earn it.?

Coming off a 7-6 season, the Wolverines didn?t earn much last season. Better to stay on campus and just focus on improving in your own town.

Athletic directors often talk about enhancing the in-stadium experience for fans. Well, Wisconsin is doing just that by adding a $6.2 million Wi-Fi network for 2014.

Most college stadiums do not have full-venue wireless access because the cost to install and maintain the system is too high. This is going to have to change. For fans not to be able to utilize their mobile devices in a stadium during a game isn?t acceptable. Attendance already is lagging among students at many campuses. Schools can?t afford not to do this.

OK, Minnesota fans: Richard Pitino has said it. Expectations will be higher next season.

?I'm excited that this is not another first year," he said at a recent booster function. "Year Two is always, not easier, but certainly your head stops spinning as much … The expectations will certainly be higher next year and we're looking forward to that. Because that's a great challenge that we feel we can live up to."

Next year?s team has a shot to make a run for a NCAA bid, with the likes of Andre Hollins, DeAndre Mathieu and Elliott Eliason, among others, back along with a collection of newcomers for a team that won the NIT. I?m excited about the future of this team under Pitino, who had an impressive debut.

Most incoming freshmen think they are going to play. Michigan State running back Madre London is one of those. And the 6-1, 211-pound Florida native may have a chance to do it.

"I know I probably won't start with a guy like Jeremy Langford there, I know how good he is," London said. "But I'm looking forward to a chance to compete and get into the rotation. I'll aim for 500 yards and six touchdowns."

It sounds like John Beilein?s assistants are due raises. And that?s a good thing, as Michigan has a nice staff that has been a big part of the program?s recent success. Pay these guys more!

"We're working on that," Beilein said recently. "We're looking at the whole program right now, making sure that all of our assistants' salaries are competitive, especially given our success."