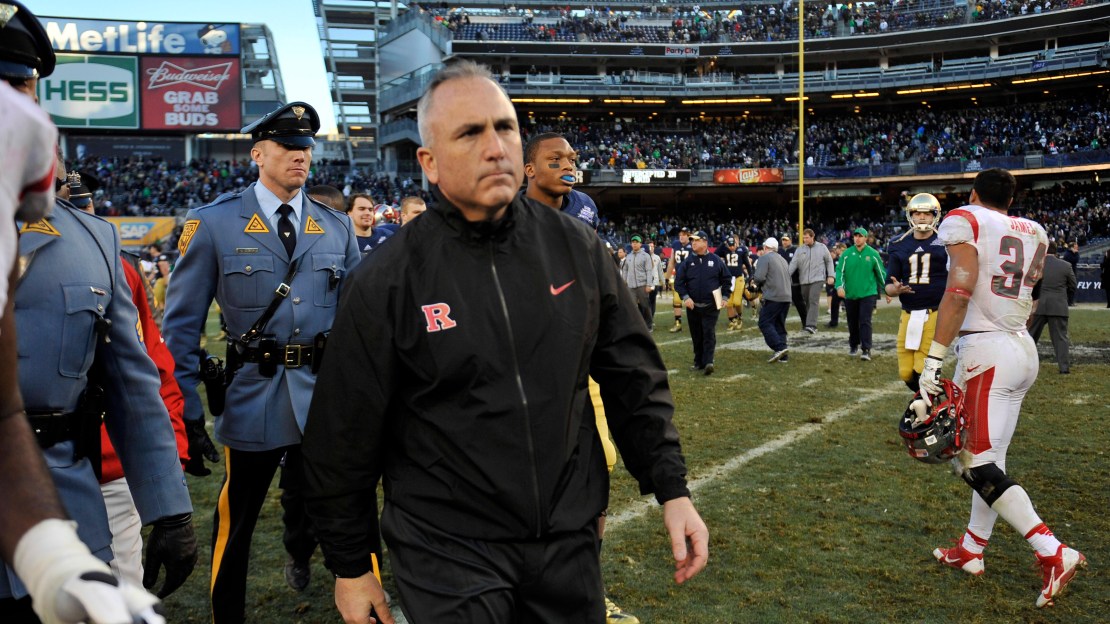 Week 3 isn?t filled with a plethora of sexy matchups, but there is no lack of intrigue. A big highlight is the first Big Ten game of the season, as Penn State visits Rutgers. In fact, it will be the Scarlet Knights? first Big Ten game and the first time the Nittany Lions have been on Rutgers? campus since 1955. See my Best of Week 3 in this post.

Best storyline: We have a rivalry game, people! Iowa State at Iowa! The Cyclones have been a pain in Ferentz?s keister, going 8-7 vs. Captain Kirk since he followed Hayden Fry in 1999. Iowa State gets jacked to play the Hawkeyes, who usually always have better talent. Still, Iowa State has found a way to pace this rivalry, going 9-7 in the last 16 meetings after Iowa ripped off 15 wins in a row in the Cy-Hawk Series from 1983-97.

Game of the week: Nebraska at Fresno State. The trip to Fresno State has ?scary? written all over it. The Bulldogs went 11-2 en route to winning the Mountain West in 2013. But Fresno State will be without departed quarterback Derek Carr, as the Bulldog offense may be a bit bumpy. Still, Tim DeRuyter is a good coach who leads a typically tough and physical Fresno program. The Bulldogs play at a quick pace offense and are uber aggressive on defense, a unit with experience. Again, the key will be QB. Who will it be? Brian Burrell, Myles Carr, or Zack Greenlee? Nebraska figures to be pushed to the limit.

Top quarterback matchup: The battle between Indiana?s signal-caller (Tre Roberson or Nate Sudfeld) and Bowling Green?s Matt Johnson should be good. The Hoosiers led the Big Ten in passing last season (306.7 ypg) and return some top wideouts, too. Johnson threw for 3,467 yards and 25 TDs with just seven picks last year as a sophomore for the Falcons, who have a new coach in Dino Babers after Dave Clawson took the Wake Forest job.

Best coordinator battle: How about Iowa State offensive coordinator Mark Mangino vs. Iowa defensive coordinator Phil Parker? Yes, please. Mangino is a top offensive mind who made Kansas football matter when he led the program to an Orange Bowl crown in the 2007 season. Think about that for a second. KU hasn?t made a peep since it unjustly chased Mangino from Lawrence after the 2009 season. He sat out from 2010-12 before remerging at FCS Youngstown State in 2013. Now, he?s back in the big-time. Parker?s Hawkeye defense ranked second in the Big Ten last season (303.1 ypg) and should excel again even with three new linebackers.

Upset alert: Minnesota is on the rise but will face a big challenge in Ft. Worth, Texas, vs. TCU. Yes, the Horned Frogs are coming off a 4-8 record. Still, Gary Patterson has a top-flight Big 12 program that?s always physical and always plays hard. As a sidebar, Patterson and Kill are best buddies. So, there?s that. The Gophers have two home games as tune-ups, playing FCS Eastern Illinois and Middle Tennessee State. So, that will help. Minnesota has the skill to win this game. Does it have the moxie?

Week 3 nuggets: Michigan State, Northwestern and Wisconsin are off … Purdue?s game with Notre Dame, an annual rival since 1946, will be its last until the series kicks off again in 2020 … Maryland-West Virginia is a long rivalry, having been played 50 times. The Mountaineers are coming off a 4-8 season … After playing four games vs. the MAC last week, there are three meetings this week: Indiana at Bowling Green; Miami (Ohio) at Michigan; Kent State at Ohio State. It?s rare for a Big Ten team to play at a MAC school, but that?s what the Hoosiers are doing.