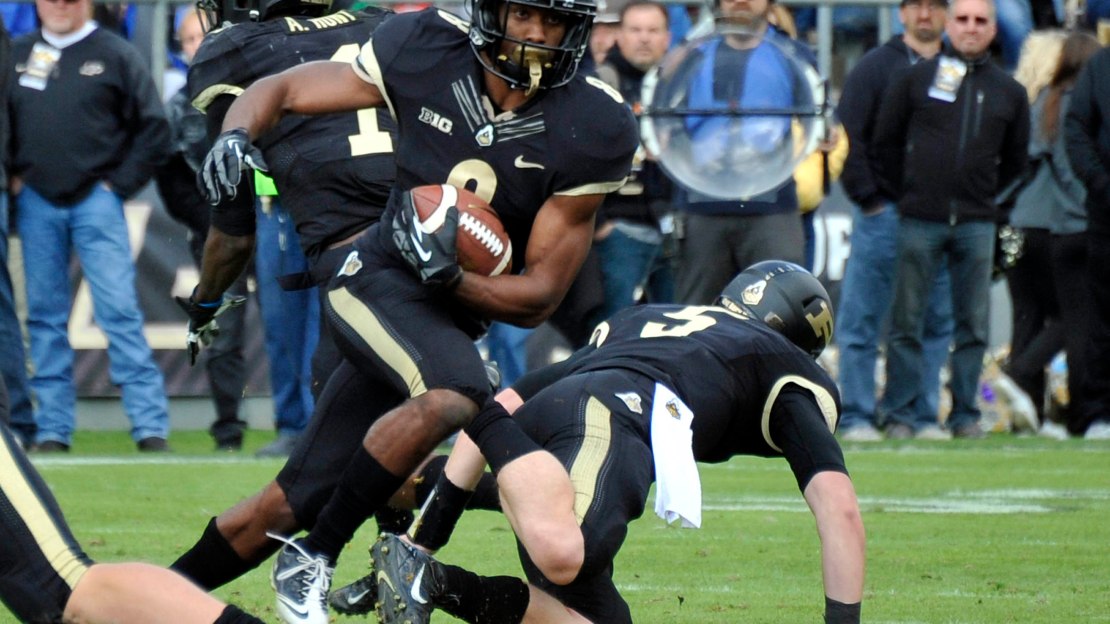 Forget about the fastest player in the Big Ten, NFL.com's Bryan Fischer ranked Purdue speedster Raheem Mostert as the nation's fastest player. So much for the narrative that the Big Ten has no speed, huh? Regardless of conference affiliation, Mostert can fly. He's shown his speed on the football field (see video above), but he's done most of his damage in track and field.

The only other Big Ten player on Fischer's 14-player list: Ohio State WR Curtis Samuel, at No. 11.

Here's what Fischer said about the Big Ten players:

"No speed in the Big Ten? Think again. The Purdue running back qualified for NCAA Outdoor Track and Field Championships in the 100 meters, 200 meters and 4×100-meter relay this year. He hasn't made a huge impact on the field for the Boilermakers, but is an ace return man."

"He was just a hair slower than Alabama's Tony Brown last summer at The Opening at Nike headquarters in the 40-yard dash and has some equally fast times in the 55- and 60-meter dashes on the track. Urban Meyer knows how to identify speedy slot receivers and has himself another one in the freshman."