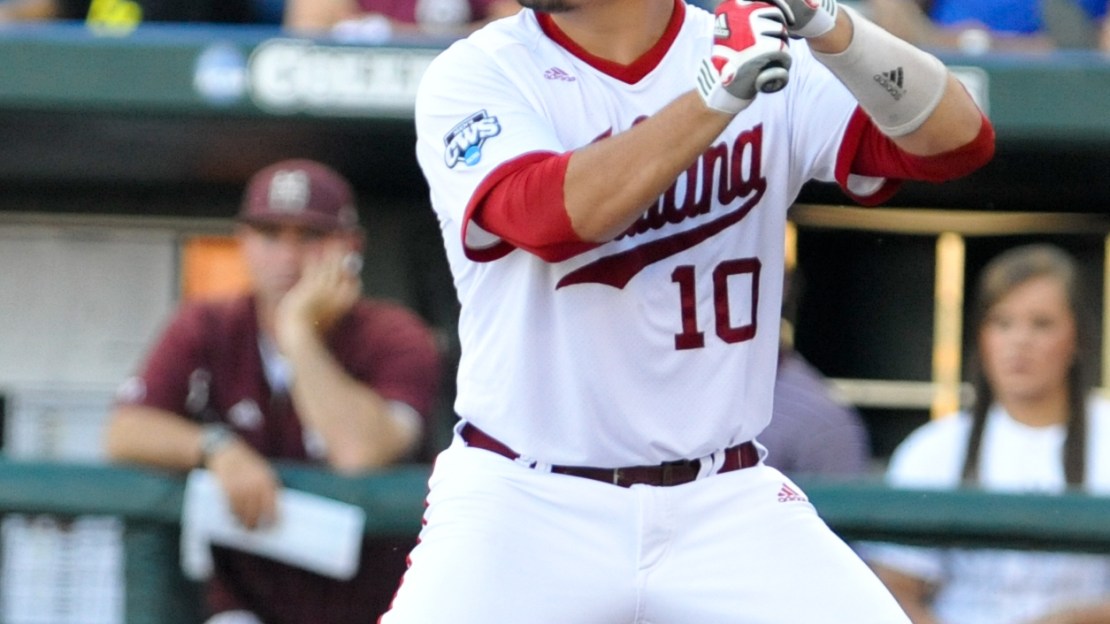 Indiana's 2014 baseball season came to a close on Monday night as Stanford's Tommy Edman hit a two-run home run in the bottom of the ninth to lead the Cardinal to a 5-4 come-from-behind win over the Hoosiers in a NCAA Regional championship game.

Kyle Schwarber went 3-for-4 with a home run and 2 RBIs for Indiana. The Hoosiers finished the season with a final record of 44-15.

With one swing of the bat, the 2014 Indiana (44-15) baseball season came to a close as Stanford (34-24) shortstop Tommy Edman hit a walk-off two-run homer in the bottom of the ninth to give the Cardinal a 5-4 win in the Bloomington Regional finale at Bart Kaufman Field on Monday. Stanford moves on to play Vanderbilt in the Super Regionals this weekend.

The Hoosiers took a 4-3 lead into the bottom of the ninth after scoring the go-ahead run in the top of the eighth. Stanford's Wayne Taylor singled to centerfield to begin the Cardinal ninth. After a sac bunt moved over pinch-runner Drew Jackson to second, the left-handed-hitting Edman connected with the first pitch he saw from IU reliever Scott Effross and launched it over the right field wall for the win.

Indiana's season comes to a close. The Hoosiers finish the year with a 44-15 record. #iubase