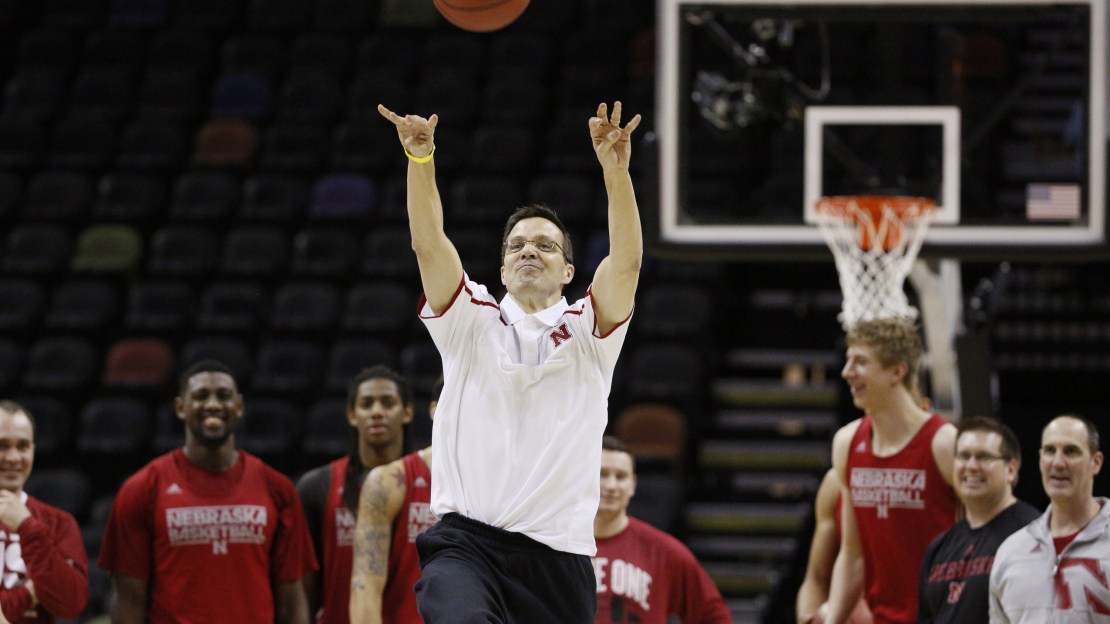 Who are the top current coaches throughout college basketball? Our friends over at ESPN are working on a series, listing the top 50 coaches in the nation. Three Big Ten coaches appear in the first installment, which ranks Nos. 25-50: Minnesota's Richard Pitino, No. 49; Iowa's Fran McCaffery, No. 33; and Nebraska's Tim Miles, No. 32.

ESPN on Pitino: "Someone made an impression in his first Big Ten season, huh? Richard Pitino, all of 31 years old, guided the Gophers to the NIT title in 2013-14, a strong finish to an encouraging first season. (And one that provided a shot of his father, Rick Pitino, screaming from courtside at one of his son's guards that the Gophers had no timeouts left, while former Louisville guard Peyton Siva sat beside him laughing. Dads are so embarrassing!)

My take: At first glance, I was surprised to see Pitino on this list, given this was his first year with the program. But after reading the fine print (Which coaches are doing the best job right now) it makes more sense. Leading his team to the NIT title in his first season is impressive. Posting 25 wins, the most wins by the program since the 1996-97 season, is beyond impressive.

ESPN on McCaffery: "It's safe to say 2013-14 hurt McCaffery with the panel. He would almost certainly have ranked higher had the Hawkeyes maintained their top-10 early-season trajectory, when they were one of the best and most thrilling offensive teams in the country, and not, you know, totally collapsed down the stretch. That Iowa ended the regular season 20-11 (9-9) (the exact same record, with the exact same Big Ten tourney seeding and matchups, as 2012-13) was hilarious and sad at the same time. But McCaffery's overall success in Iowa City shouldn't be ignored: Next season he'll have just as much talent at his disposal."

My take: I think McCaffery is one of the top coaches in the conference, but like they said, he would have been much higher had Iowa lived up to expectations last season. Don't be surprised if he makes a big move up these kind of lists in a couple of years.

ESPN on Miles: A couple of years ago, Tim Miles was the funny coach with the funny Twitter feed, the guy most likely to be sitting alone at Big Ten media day while simultaneously making fun of himself for sitting alone at Big Ten media day. (Five years ago, at Big 12 media day, that coach was Fred Hoiberg. My how things change.) Now, after taking the Cornhuskers to their first NCAA tournament since 1998 in just his second season, Miles is a bona fide rising star in the profession. He's turning Nebraska into a real program, and he has the long-run backing of the athletics department, and the elite facilities, to finish the job.

My take: I'd actually list Miles even higher up on this list given what he has done with this Nebraska program over the past two seasons. If this list is based on doing the best job right now, not sure how Bob Huggins (17-16 in 2013-14) and Jim Larranaga (17-16 in 2013-14) are ahead of Miles, who led the Huskers to an unexpected 19-13 mark this past season.