Best of Week 1: Wisconsin vs. LSU, what else? 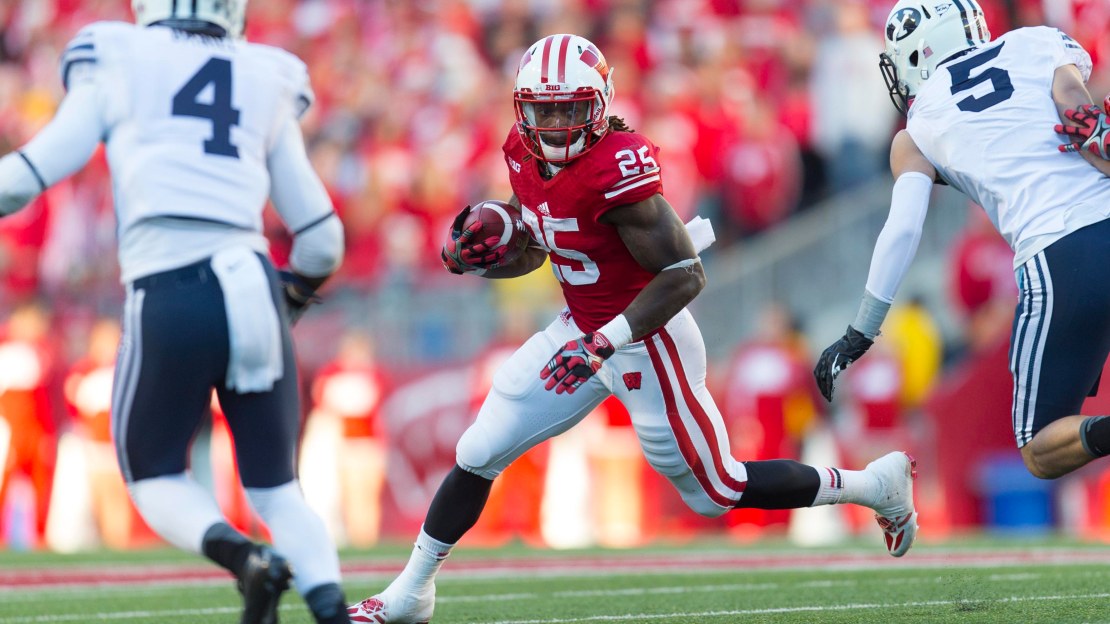 With the season less than 100 days away and preview magazines on the shelves of the local Piggly Wiggly, it?s never too early to start looking forward to the college football season. This week, I begin to take a week-by-week look at the coming season, highlighting what to look for. Consider it an early, early preview. You?re welcome.

Best storyline: The opening week of season is highlighted by Wisconsin?s clash with LSU in Houston. It will be a good measuring stick for the Badgers, especially the rebuilt defensive front seven. If Wisconsin can leave Reliant Stadium with a win, it could be a very special season in Madison.

Game of the week: Wisconsin vs. LSU (Houston). No question, this prime-time game at Reliant Stadium will be fun and one of the most anticipated season-opening games in the country. Les Miles? Bayou Bengals have been one of college football?s premier programs for several years, but his team has suffered big losses. LSU had a national-high nine NFL draft picks in May. The Badgers will be pushed to their athletic limits. What a litmus test. LSU capped a 10-3 season in 2013 by beating Iowa in the Outback Bowl. The Tigers will be breaking in a new quarterback. This should be a good old-fashioned smash-mouth game. Melvin Gordon will need to run well vs. a LSU defense that is breaking in two new tackles and outside linebackers. Wisconsin is 0-2 all-time vs. LSU, falling in 1971 and 1972 in a home-and-home series.

Top quarterback matchup: Trevor Siemian vs. Jared Goff. Siemian steps in for the departed Kain Colter, bringing more of a passing element to the Wildcat attack. Siemian has made just three career starts but has plenty of experience. He?s ready for this and will be working with a veteran receiving corps and nice collection of running backs. Goff won the Cal starting job as a true freshman in 2013 and impressed, showing a knack for running Sonny Dykes ?Bear Raid? offense that loves to chuck the ball. Goff is a big-time passer with a bright future. He hit 39-of-64 passes for 450 yards with two touchdowns and three interceptions last season vs. the Wildcats. NU won in Berkeley last season, taking a 44-30 decision.

[ MORE: Who is Big Ten's most underrated player? ]

Best coordinator battle: Dave Aranda vs. Cam Cameron. Cameron has Big Ten roots, growing up in Terre Haute, Ind., and playing and coaching at Indiana where he played football and basketball. Cameron will be breaking in a new quarterback (Anthony Jennings or Brandon Harris), which could cause him to lean on the run vs. the Badgers and its re-tooled front seven. Aranda is one of the bright, young minds in the sport who runs a varied 3-4 scheme that loves to attack. Count on him coming after the LSU signal-caller and committing to stuffing the run. Aranda?s defense ranked No. 2 in scoring (16.3 ppg) and No. 3 overall (305.1 ypg) in the Big Ten last season.

Upset alert: Appalachian State at Michigan. We all know what happened the last time Appalachian State visited Michigan. App State pulled off the shocker of all shockers with a 34-32 win in 2007 in what turned out to be Lloyd Carr?s final season in Ann Arbor. This was a Michigan team that ranked No. 5 with Mike Hart, Chad Henne and Jake Long. The Mountaineers booted a 24-yard field goal with 26 seconds left to take the lead and then blocked a potential winning Wolverine 37-yard field goal as time expired to stun the Big House crowd. Coming off a disappointing 7-6 season, Brady Hoke needs to deliver a powerful opening salvo. His program which went 2-6 to finish last season can?t afford to be upset.

Week 1 nuggets: Northwestern will be looking to beat Cal for a second season in a row, while Penn State has the ultimate road trip in playing Central Florida in Dublin, Ireland, in what for all intents and purposes is like a de facto bowl game … There are six games vs. FCS foes-the type of opponent Jim Delany wants Big Ten teams to stop scheduling … Two games are on Thursday: Rutgers at Washington State in Seattle and Eastern Illinois at Minnesota. And Michigan State opens on Friday at home vs. Jacksonville State … There also are four neutral site games: Houston (Wisconsin-LSU); Ireland (Penn State-UCF); Seattle (Rutgers-Washington State); Baltimore (Ohio State-Navy) … This also will be the first official games as Big Ten schools for Rutgers and Maryland … Lastly, all 14 schools are in action-and no one is playing a true road game.