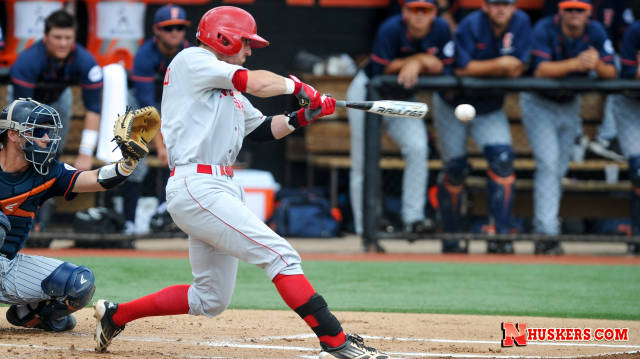 Nebraska's 2014 baseball season came to a close on Sunday with a 4-3 loss to Cal State Fullerton in a NCAA Regional game. The Huskers finished this season with a final record of 41-21. With the loss, Indiana is the only Big Ten team remaining in the NCAA Tournament. The Hoosiers are currently taking on Stanford with a chance to advance to the Super Regionals.

Playing in a NCAA Regional for the first time since 2008, the 2014 Nebraska baseball season came to an end on Sunday at Allie P. Reynolds Stadium following a 4-3 loss to the Cal State Fullerton Titans. It was the second loss in the tournament to the Titans, after CSF won 5-1 in the opening round on Friday.

Nebraska, who posted a 41-21 record in 2014, had the tying run in scoring position with two outs in the top of the ninth and Jake Placzek hit a line drive, but it was right at CSF second baseman Taylor Bryant for the final out of the game. The Huskers out-hit the Titans 8-5 on the afternoon, including a pair of hits from Austin Darby.

The pain of the season-ending loss was amplified by the fact at all four of Fullerton?s runs were unearned, as the Huskers committed three errors on the day.

Read the complete recap at Huskers.com.

You got it! RT @SchmidtnMittens: @Husker_Baseball Good season 'skers. Come back and get em next year. GBR!!