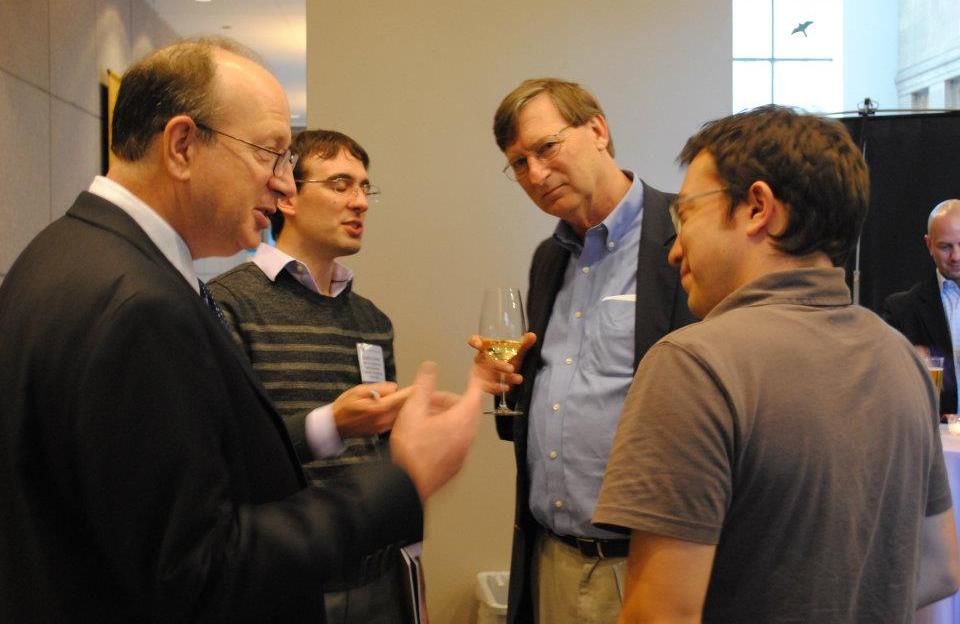 In free capitalism, putting full commitment into a job is heralded as the path to more income and a better life. However, at many companies, the hiring process may be full of laziness and narrow-mindedness. This sets employees and firms up to fail.

The Workforce Science Project, a Northwestern University Law program that had its opening conference in November 2013, is out to rewrite the bible of human resources in the workspace.

?There has been a period since the 1970s, companies have become less and less engaging with their workers,? says Deborah Weiss, Director of the Workforce Science Project. ?They have been tending to treat them more and more like they are people you can lay off when it?s convenient and hire when you feel like it. There?s less and less lifetime employment there once was. Not for everyone, but for some significant sections of the workforce.?

Weiss, who runs the project with Nicola Persico, a Professor of Managerial Economics and Decision Sciences in the Kellogg School of Management, calls it her ?baby,? as it is technically not yet one year old. Part of her inspiration came from the 2011 Wal-Mart Employment Discrimination Case, where the plaintiff said store managers had complete discretion to promote or not to promote employees.

?I thought, isn?t it strange that the largest private employer, famously metric-driven, has no HR procedure other than managers tapping employees on the shoulder?? she says.

Weiss and her team want to embrace modern technology the right way. Weiss points out some firms use technology to scan resumes. If an applicant puts a date on the left side when the computer is geared to recognize it on the right side, the individual may be overlooked despite skillset. Weiss scoffs at this misuse of modern media.

Speaking of skillset, Weiss advises there are better ways to judge applicants than only looking at past jobs. Success in other fields or a certain educational focus may develop a stronger employee than an individual who just happened to do a similar job at a previous location.

The Workforce Science Project partners with Evolv, a provider of big data workforce analytics solution, to uncover the strongest conditions for generating a functioning workspace. Among the dual projects between the two groups feature studies to recognize potential ?toxic employees,? to analyze labor productivity over the course of the business cycle and to examine the strengths and weaknesses of recruiting technology and recruiter discretion.

Evolv wants to take the strongest features of each aspect of the workspace and "cut the fat."

?Evolv?s basic business model is they have an extremely sophisticated screening computer interactive program that has some elements of psychological testing, some elements of figuring out job fits and some information for the applicants to help them decide job fits. Then they connect that to future information of performance,? Weiss says.

She insists Evolv has more reasonable mechanisms than the ?horrible resume algorithms? some modern firms use.

The Workforce Science Project and Evolv represent ideas of modernization. A recent Gallup-Purdue poll shows 6 percent of graduates in the 2010-2014 decade as unemployed. That is approximately double the 3 percent of 2000-2009 graduates unemployed, which is more than the 2 percent from the previous decade.

Although the Workforce Science Projects finding will not directly created more jobs in quantity, a goal is to create more stable jobs. With less turnover in the workforce, stability is likely to improve productivity and comfort.

?Companies can be more engaged in thinking about their workers as not just a spare part you pick up at Home Depot but something you invest in,? Weiss says. ?They will make more money and also help do better work.?

Adds Dylan Minor, an Assistant Professor of Managerial Economics & Decision Sciences at Kellogg in the project: ?Let?s say a company has ten slots to fill with workers. If they can go from having four workers leave in a year to only two, that is reducing the overall unemployment in the economy. They?re helping better matches be achieved.?

Minor focuses on the ?Toxic Employees? portion of the partnership with Evolv. Workers with bad social and physical chemistry can bring down overall morale and productivity. Much of this can be avoided with a more detailed application review process. Minor labels Evolv?s massive database as the catalyst for a new school of thought.

?You go back 10-20 years ago, the amount of computing power was very different. Now, with more sophisticated technology, there are millions of observations,? he says.

?Imagine if you want to win a football game and you base the data on three high school teams that played from 1970 to 1971. You?re not using as good of an algorithm as you do if you look at all the NFL and college football games for the last eight years.?

For Weiss, Minor and Evolv, the more information the merrier when it comes to recruiting. If employers can study applicants beyond the surface level, diving into employee-to-employee chemistry, productivity, range of skills and other distinct categories, recruiters can more accurately predict potential.

Sticking with Minor?s sports theme, Weiss draws parallels to Billy Beane?s thoughts in Moneyball. How a player ?looks? is not as accurate as judging the actual statistics of a player.

Weiss lists inequality, labor market problems, qualified people not being considered for jobs and high turnover as some of the serious problems caused by an inability to part ways with an outdated human resources philosophy. Her project, using a combination of ?Big Data? and social observations hopes to introduce new ideas to the corporate world. Like the companies themselves, Weiss? goal is to maximize workers? potential.

?I?m very optimistic. The fact that you do have this big data revolution is making it more possible for firms to start approaching these in a fairer, more analytic way,? she says.

The Workforce Science Project conducts its research with professors from the Law, Management and Engineering schools. The magnitude it covers calls for a diversity of help.

?It?s an interdisciplinary unit,? Weiss says of the project, technically affiliated with the law school.

Such a unit may be able to bring more discipline to recruiting and make recruiting less of a free-for-all. If employees are told work smarter, not harder, then the hiring process should mirror the cliché. With the guidance of The Workforce Science Project, human resources are starting to do just that.

For more information on the Workforce Science Project, visit: http://www.law.northwestern.edu/research-faculty/searlecenter/workforcescience/