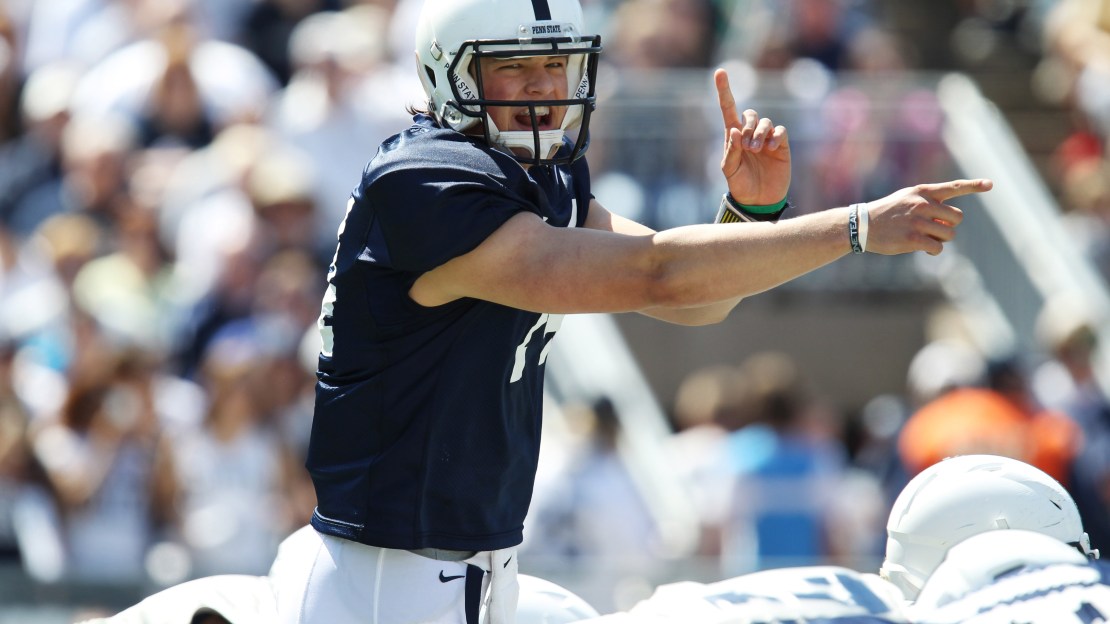 Here?s some more news that won?t shock anyone: Christian Hackenberg already is on the radar of NFL teams. ?Hack? had a boffo debut in 2013 and figures to be the first Big Ten quarterback selected in the first round of the NFL draft since ? Kerry Collins in 1994!!! I still can?t believe that fact.

My man Mike Huguenin of NFL.com thinks Hackenberg has more pro potential than any current QB. And I agree. He?s a classic pro who is dangerous because of his pocket passing skills and not his running skills. Could Hackenberg be a No. 1 overall pick?

The key to Michigan State?s national title hopes? Sporting News pundit Matt Hayes says it?s Connor Cook. And, he?s correct. Cook was a revelation last season, emerging as one of the most surprising players in the Big Ten. He went from game manager to playmaker and now is one of the conference?s top signal-callers. An amazing rise.

More MSU: Kyle Austin of Mlive.com wonders which incoming freshman will contribute the most for Tom Izzo?s team.

The Spartans are bringing in a three-man recruiting class in Lourawls Nairn, Javon Bess and Marvin Clark that few are trumpeting. It?s a good-but not great–class. Nairn is the most hyped and should have the biggest impact, as he pushes for minutes in the backcourt at the point. But keep an eye on Bess, one of the more underrated players coming into the Big Ten.

And also earlier this year, Michigan endowed its football head coaching position, changing Brady Hoke's official title to the "J. Ira and Nicki Harris Family Head Football Coach." The Harris family donated $10 million for the head coach naming rights. More proof money can get you just about anything in life.

Illinois hoopster Darius Paul hasn?t been on a roll. He recently was booted from the team by John Groce for off-court transgressions while he sat out after transferring from Western Michigan. But, Paul is trying to get things on track and will play at a JC in Texas this season. He will be eligible to return to Champaign after one season. Good for him.

The loss of Paul was a blow to Illinois, which expected him to play a big role after he earned MAC Freshman of the Year honors in 2012-13. Time to grow up, Darius. This is a big season for you.

By now you surely have viewed 5,341 mock NBA drafts. And I?m guessing you haven?t seen Minnesota?s Austin Hollins projected in one. No worries. He?s still working out and trying to dream the dream.

Audrey Snyder of Pennlive.com wonders what it?s like for James Franklin to be on a vacation. From the sound of things in this video, it?s not a blast.

The guy never turns off his cell phone. Please, tell me you aren?t shocked.

If there was any doubt about Noah Vonleh?s legitimacy as a lottery pick, he has erased it with some strong pre-draft work. The guy is a monster talent with a work ethic to match.

Vonleh?s parents expected a lot. That should tell you a lot about the kid and why he?s where he?s at in life.