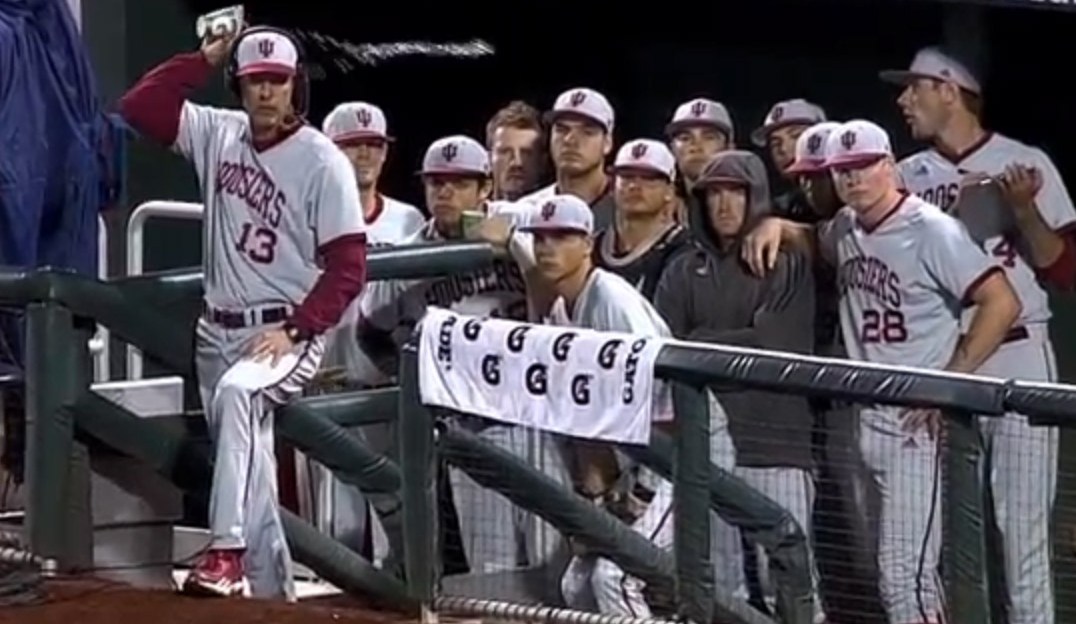 Big Ten regular season and postseason champ Indiana and Nebraska open NCAA regional play Friday. The Huskers kick things off for the Big Ten vs. Cal State Fullerton at 1 p.m. ET, while the Hoosiers host Youngstown State at 7 p.m. ET. Before the games begin, BTN.com conducted an email Q&A with a beat writer from each school to preview the action.

BLOOMINGTON REGION: No. 1 INDIANA, No. 2 Indiana State, No. 3 Stanford, No. 4 Youngstown State

BTN.com: What?s the biggest difference between this year?s team and last year?s?
Zach Osterman: This team doesn?t have quite so much top-end depth, either in the lineup or the rotation. A lot of that is because of injuries (Casey Smith, Kyle Hart, Ryan Halstead). But it does have more nous and confidence in playing a complete baseball game - timely hitting, hitting that backs up pitching, pitching that backs up hitting, etc. - than it did a year ago. Between that and just the experience of having gone through this whole process once already, these Hoosiers have been able to back up last year?s campaign with another 40-win season and an even better position in the NCAA tournament.

BTN.com: Do you get the feeling it is CWS or bust for these guys?
ZO: Yes and no. Yes in the sense that their ultimate goal all season has been to get back to the World Series, and the complete lack of celebration when they won both the Big Ten titles reflects that. But no in the same vein, because I think this group understands how hard it is to get to Omaha, and how long of a journey that is and how much work it requires. If they fall out in either of the next two weekends, they will be undoubtedly disappointed. But at some level, I think succeeding on the national stage and making people respect the idea that last year wasn?t a one-off and the program is capable of these kinds of achievements on a more routine basis will be satisfying, whatever happens.

I know that answer is totally wishy-washy, but I think there are two different perspectives to it. I think Indiana would be disappointed not to return to Omaha, but I don?t think that would taint an appreciation for the season they?ve had.

BTN.com: Which Indiana strength is the bigger key to success in this tourney: Solid pitching staff or deep lineup?
ZO: I think it?s the lineup, simply because if you?re talking about where Indiana?s elite talent is, right now, it?s in the lineup. The way the staff has handled injuries has been phenomenal, and the bullpen in particular is much improved from a year ago, even with Ryan Halstead out. But there are too many game-changing bats in the lineup to ignore, from Kyle Schwarber to Sam Travis to Dustin DeMuth to Scott Donley to etc. etc. etc. The staff is solid, at times perhaps even spectacular, and it?s a credit to Brandon Higelin and his pitchers that they overcame some bad injuries (Halstead, Kyle Hart) to be so. But the lineup is the money maker for Indiana, at least in my opinion.

BTN.com: From talking to staff and players, which Bloomington Regional team is the most dangerous?
ZO: Well true to form (of all sports teams everywhere forever), Indiana has welded itself to the one-game-at-a-time line, so getting anyone to talk about the regional at large is a non-starter. Personally, I look at Stanford?s stable of good pitchers, its 11-4 record in its last 15 games and the power in its lineup and say that Stanford is Indiana?s toughest competition in this. With respect to Indiana State and Youngstown State - and for different reasons - I don?t love the way they match up with Stanford and IU respectively. I think the Cardinal are the biggest threat in this regional, and perhaps a serious threat as well. Or maybe I just love tall pitchers.

BTN.com: Just for fun: Give me the outcome of a mythical Pitcher of the Year (Joey DeNato) vs. Player of the Year (Sam Travis) at-bat.
ZO: Well I don?t have Travis? splits righty-lefty, so I?m shooting from the hip here. But I?d guess DeNato gets him in an 0-2 hole before Travis fights back to 2-2, fouls off three pitches, laces at least one just foul of a double or a home run and then flies out hard to left. But that?s just me.

STILLWATER REGION: No. 1 Oklahoma State, No. 2 NEBRASKA, No. 3 Cal State Fullerton, No. 4 Binghamton

BTN.com: In the field for the first time since 2008, how are the Huskers approaching this weekend?
Jon Nyatawa: They seem to be pretty loose. Willing to joke around. Lots of smiles. Nothing out of the ordinary. There is that element of uncertainty considering the event, so it's unclear how the Huskers will respond when the pressure's on. National TV. Season on the line. Talented opponent. But the fact that these guys have already proven to themselves that they can compete against the best makes it easier, I think. Had this been a team that barely got into a regional — by virtue of the auto bid or by some miraculous late-season push — maybe the big stage would catch the players by surprise. But this group seems to have a good idea of what to expect because they've been preparing for it all year.

BTN.com: Has Darin Erstad busted out his World Series ring yet as motivation?
JN: Haven't seen it yet. Maybe that's something he'll bust out in a pre-game brunch or something. I did notice assistant coach Will Bolt sporting his College World Series ring at the selection show earlier this week. Looked good. Makes me kind of wish writers could get some NCAA bling. Oh well. … Back to Erstad, he does have a Silver Slugger trophy and a couple of Gold Glove trophies in his office. So I wouldn't put it past him to incorporate the ring somehow.

BTN.com: Which Husker - you can only pick one - is  most important to success this weekend?
JN: Only one? Dang. That's tough. Nebraska has sort of molded itself into a balanced team, getting clutch hits from guys up and down the lineup and relying on several different arms to make big-time pitches to maintain momentum in crucial spots. But since you're making me choose one, I'd put a circle around Pat Kelly's name. He's the Huskers' best run-producer, and one of its top leaders. He's the guy who the Huskers want at the plate with the game on the line. Oh, and he plays phenomenal defense at second base, too. Likes to do his best Derek Jeter impression quite often, backhanding a ball and jump-throwing lasers to first.

BTN.com: If 3B Jake Placzek is unable to go Friday, how much will it impact Nebraska?
JN: Some kind of wrist injury for Placzek. Knowing him, he'll do whatever it takes to play through it. … How important is Placzek? He's been a solid No. 2 hitter for the second half of the season. He's a reliable right-handed bat, which is important in Nebraska's left-hand-heavy lineup. And he brings a toughness, a grit, a fearless to the diamond. Sort of Erstad-like, honestly. Placzek just hustles. And several times this year he's sparked the offense with his relentless style of play — stretching a single into a double or taking second base on a pitch in the dirt. It'd be a loss if he's not able to go.

BTN.com: Have you heard any players, staff talk about how cool it would be to be back at TD Ameritrade Park next month?
JN: I haven't asked them about that, but based on their reactions leading up to the Big Ten tournament (knowing it was in their backyard), I'd say that'd be a dream come true for the players. Admittedly, they were talking about the fans filling up TD Ameritrade Park for the conference tournament pretty much since the season began. And you have to remember, too, that most of the Nebraska natives on the Husker roster have been going to the College World Series since they were kids. They know what it was like in 2005. They lived it. They want that again, for sure.