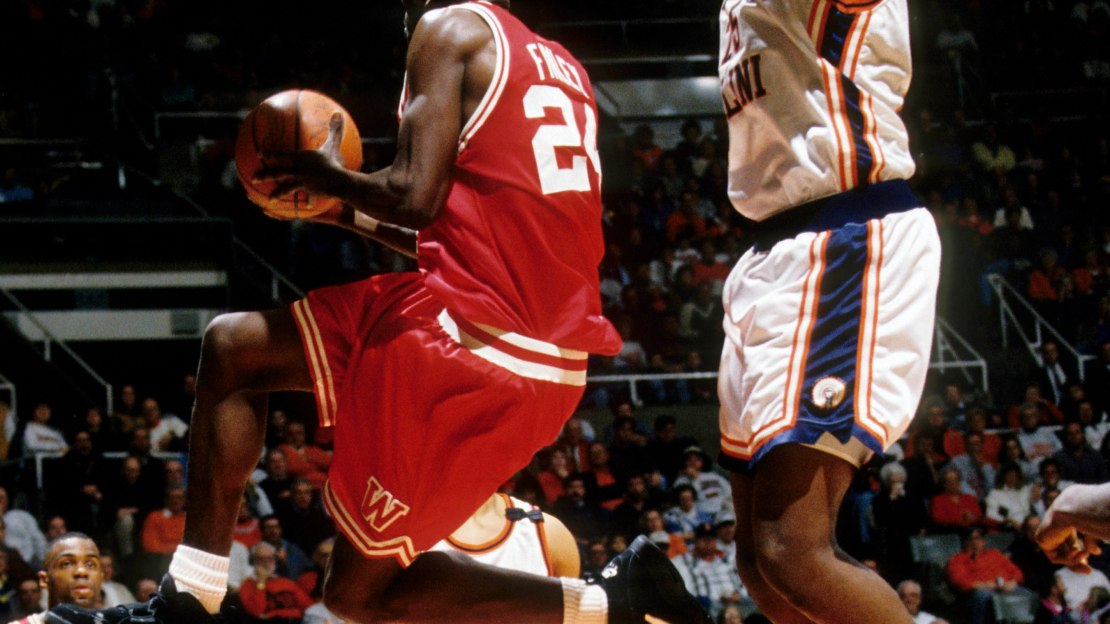 Several Big Ten players will begin a new, exciting chapter in their lives after being selected in the upcoming NBA draft. Where former Big Ten stars such as Noah Vonleh, Gary Harris and Nik Stauskas end up is anyone's guess, but all three have been pegged for the lottery in mock drafts.

Those three will likely join a long list of Big Ten players who have become early NBA Draft picks and gone on to have strong pro careers. But not every Big Ten player who has had success in the NBA was selected at the top of the draft.

I studied past NBA drafts and came up with a list of the top draft-day steals from the Big Ten. I looked at when a player was selected in the draft and what type of success he had in the NBA to determine my rankings.

Here is a countdown, from 10-to-1, of the top 10 NBA draft steals in Big Ten conference history.

10. Bobby Jackson, Minnesota: 23rd pick in 1997 NBA Draft
While at Minnesota, Jackson led the Gophers to a Final Four and was named the Big Ten Player of the Year in 1997, which was later vacated due to an academic scandal. Jackson was selected with the No. 23 pick in the 1997 NBA Draft to the Seattle Supersonics, now the Oklahoma City Thunder. He was immediately traded to the Denver Nuggets, where he went on to average 11.6 points per game in his rookie season. Jackson's best years in the NBA came in the early 2000's with Sacramento, where he was named the NBA Sixth Man of the Year in 2003.

9. Scott Skiles, Michigan State: 22nd pick in 1986 NBA Draft
Skiles was the 1986 Big Ten Player of the Year and a second team All-American while at Michigan State. However, for some unforeseen reason, he fell all the way to No. 22 in the 1986 NBA Draft, where he was picked up by the Milwaukee Bucks. Skiles went on to become one of the top pure point guards in the NBA during the 90's. He currently holds the NBA record for the most assists in a single game with 30.

8. Eric Snow, Michigan State: 43rd pick in 1995 NBA Draft
After a standout four-year career at Michigan State, Snow was one of the last players selected in the 1995 NBA Draft, going No. 43 to the Milwaukee Bucks. He went on to have a solid career in the NBA, playing 12 seasons and making the NBA finals on three separate occasions, with three different teams. He was considered one of the top defending point guards in the NBA during his career.

7. Carl Landry, Purdue: 31st pick in the 2007 NBA Draft
How many times do we hear the phrase "this guy has an NBA-ready body?" That was the case with Landry coming out of Purdue, but 30 NBA teams decided to pass on that NBA-ready frame. Landry was immediately traded to the Houston Rockets and went on to play three years there, averaging 16.1 points and 5.5 boards per game in the 2009-10 season. His best season came the following year when he was traded to the Sacramento Kings, where he put up 18 points and 6.5 rebounds. After brief stints in New Orleans and Golden State, Landry is back with the Kings.

6. Voshon Lenard, Minnesota: 46th pick in the 1994 NBA Draft
Lenard was the lowest player selected on this list, going No. 46 in the 1994 draft to the Milwaukee Bucks. He went on to have a successful NBA career, carving out a role as one of the top 3-point shooters in the league during the late 90's. One of his career highlights was winning the NBA 3-point contest in 2004, while playing for the Denver Nuggets.

5. Don Nelson, Iowa: 17th pick in the 1962 NBA Draft
All Don Nelson did as a player is win. The former Iowa Hawkeye standout was picked No. 17 overall in the 1962 draft, which was actually considered the third round at that point. He went on to win five NBA Championships with the Boston Celtics during his NBA career, while being deemed one of the top sixth men to ever play the game. His number, 19, was retired by the Boston Celtics in 1978.

4. Michael Finley, Wisconsin: 21st pick in the 1995 NBA Draft
Can someone please explain how Finley, Wisconsin's all-time leading scorer for 11 years before Alando Tucker passed him, fell all the way to No. 21 in the 1995 draft? This guy went on to have an outstanding NBA career, averaging double digits in each of his first 12 NBA seasons. He is a two-time NBA All-Star and won the 2007 NBA Championship as a member of the San Antonio Spurs. What a talent.

3. Zach Randolph, Michigan State: 19th pick in the 2001 NBA Draft
After playing just one season at Michigan State, Randolph blossomed into one of the top power forwards in the NBA. A 13-year NBA veteran, Randolph has career averages of 17.2 points and 9.4 rebounds per game. He has averaged 20-plus points and 10-plus rebounds on five separate occasions, and is a two-time NBA All-Star with the Memphis Grizzlies. And yet, somehow, 18 teams passed on this guy before the Trail Blazers scooped him up at No. 19 in the 2001 NBA Draft. It just doesn't make any sense to me.

2. Archie Clark, Minnesota: 37th pick in the 1966 NBA Draft
This is what we like to call "kicking it old school." Clark enjoyed a standout career at Minnesota and was an All-Big Ten selection as a senior. He fell all the way to the No. 37 pick in the 1966 draft, widely considered the steal of that draft. Clark went on to play 10 years in the NBA, averaging 16.3 points and 4.8 assists. He is well-known for being involved in the trade that brought Wilt Chamberlain from Philadelphia to the Los Angeles Lakers.

1. Michael Redd, Ohio State: 43rd pick in the 2000 NBA Draft
Redd is widely considered one of the biggest steals in NBA Draft history. After three years at Ohio State, where he averaged 17.5, 19.5 and 21.9 points per game, Redd went on to be a late second-round selection in the 2000 draft. He was selected by the Milwaukee Bucks, where he spent the majority of his NBA playing career. Redd developed into one of the top scoring threats in the NBA during the mid-2000's. In fact, he averaged 20-or-more points in six straight seasons, including 2006-07, when he put up 26.7 points per game for Milwaukee, which ranked fifth overall in the league. No doubt about it, this guy takes the cake for the top NBA draft steal in the Big Ten's rich basketball history.