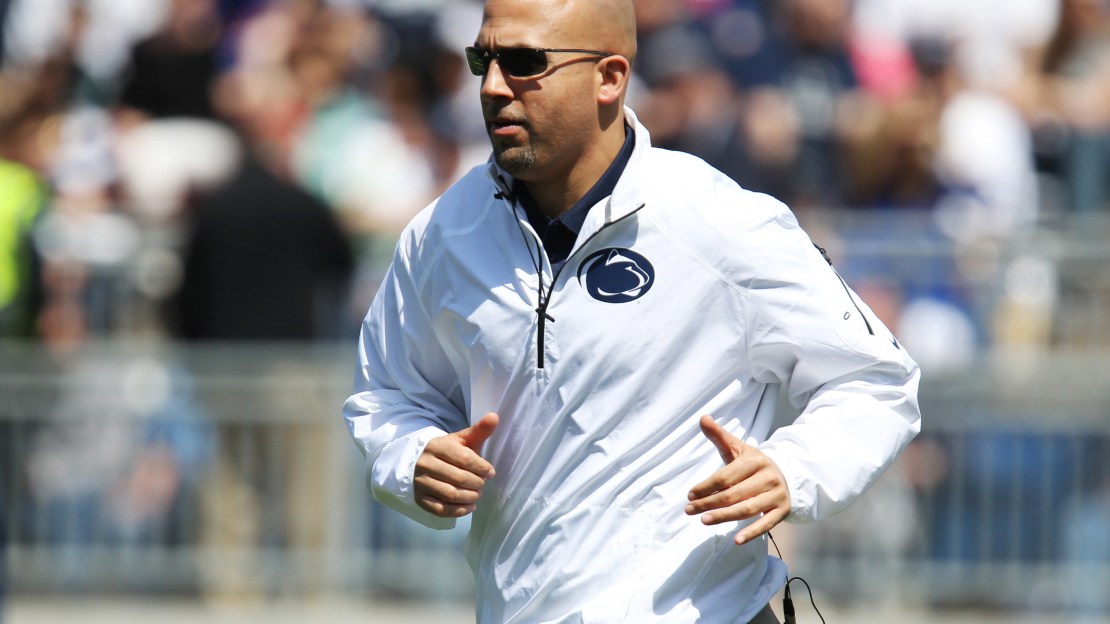 I had to laugh a bit when I read where SEC coaches were hacked off about Penn State taking part in a football camp at Georgia State. Read here, and here.

The SEC is so stomping mad that it wants the NCAA to close a loop hole that allows schools to participate in such out-of-state camps. The SEC already has such a ban. So, apparently, everyone else should, too.

Some quick background: The NCAA has rules that prohibit schools from running camps out of state more than 50 miles from campus. Penn State skirts the issue since it isn?t hosting the camp. Instead, Franklin and Co., are considered ?guests? of the Georgia State staff. Some Big 12 schools (Oklahoma and Oklahoma State) do the same thing with smaller colleges in Texas. It?s called ?getting an edge.?

"There have been a lot of schools doing that for years," Georgia?s coach Mark Richt said Wednesday during SEC spring meetings. "The spirit of that (NCAA) rule is not to have satellite camps all over the place."

I wonder if the SEC has a beef about Oklahoma and Oklahoma State doing what Penn State is doing? My guess: No, because OU and OSU aren?t coming to the heart of SEC recruiting turf in Atlanta, which is home to Georgia State.

Why do schools do what Penn State is doing? Because it works. If you want the best groceries, you shop at the best grocery stores. The Nittany Lions need talent. The Big Ten, too, as it searches for its first national title since 2002. It wants what the SEC has: college football supremacy. So, the Big Ten needs SEC-caliber talent to have any shot to compete. The talent disparity is glaring. Check out the recent NFL drafts.

Franklin should be applauded for being bold enough to maximize every effort to make his team–and league–better.

And, most of all, it?s called smart.

Franklin leaves a big wake wherever he goes. SEC coaches know this. They have competed against him. They know he?s aggressive and fearless. The ex-Vanderbilt coach understands the competitive environment of college football?s hottest cauldron.

He knows what it takes to win at the highest level in the nation?s best league. Franklin wants his new to team reach the sport?s highest bar. Adding top talent from the Southeast is another step in the process.

Why should Franklin or any other non-SEC coach suffer because of the SEC?s own rule?

And since when was recruiting fair? While we are at, let?s cap recruiting budgets and personnel-since they differ from school to school. Some coaches can use private jets to recruit. Others can?t afford it. Is that fair?

The SEC has myriad built-in advantages when it comes to talent procurement. Why does it feel threatened by another league looking for an edge in its talent breadbasket? Just compete.

If the SEC doesn?t like it, then it should lift its own ban on such camp arrangements. Better yet, instead of trying to ?close a loop hole,? why don?t SEC schools embrace the challenge and help at camps in other talent hot beds outside their area?

SEC coaches know what they are up against in Franklin, who dared to have the audacity to make Vanderbilt competitive in his three seasons in Nashville. Franklin wasn?t gonna roll over and be the SEC?s lap dog. He took the job to win. And, win he did.

Franklin went 24-14 in three seasons at Vandy, including an 11-13 SEC mark and three bowl trips. There also were some delicious wins over SEC heavies like Georgia, Tennessee, Auburn and Florida.

Now, Franklin is driving a bigger, fancier car with the potential to do more than go to the Music City Bowl. Combine that with a breakneck pace that Franklin works at, and you can see why SEC coaches are concerned.

I wonder if SEC coaches would care if any Big Ten program not named Penn State, Ohio State, Michigan, Michigan State or Nebraska did something like this with Georgia State.

I think you know the answer.