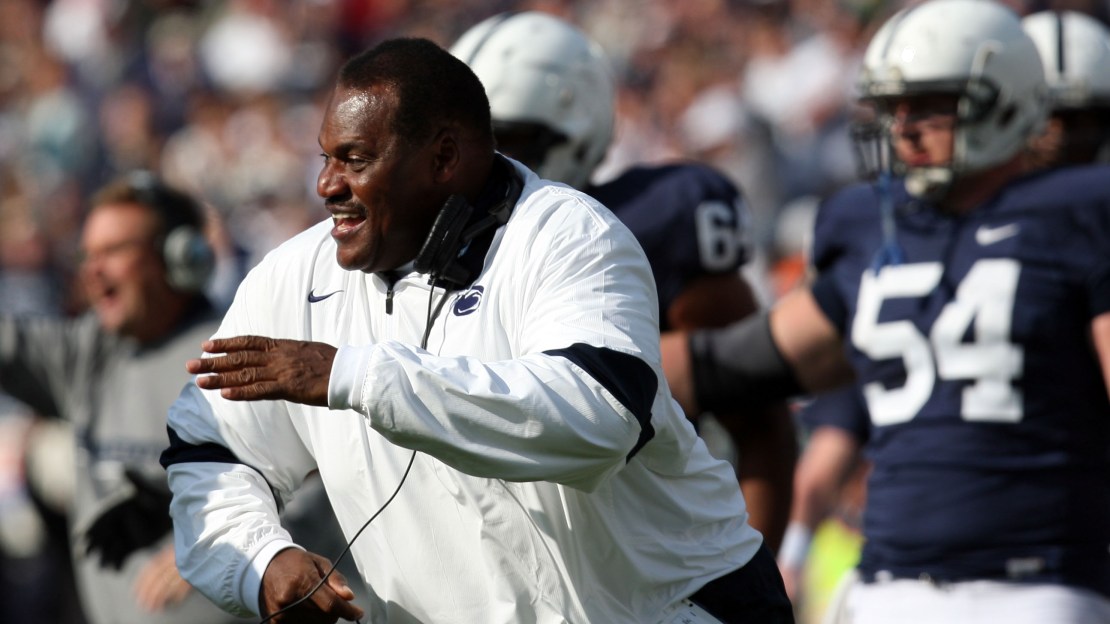 Who is the best recruiter in the Big Ten? One ESPN analyst thinks it?s Ohio State defensive line coach Larry Johnson. And I?m not gonna argue that notion. His recruiting acumen has been lauded for years.

Here is what Crabtree had to say about LJ, the ex-Penn State assistant:

"Johnson built his name as one of the best recruiters at Penn State after moving up after the high school coaching ranks," Crabtree said. "The list of players he recruited to Happy Valley is simply too long to list in this short video, plus he's very widely respected by not only high school coaches, but other college coaches from coast-to-coast."

Student ticket sales are an issue at many schools, including Michigan. The school projects student sales to be 13-14,000 next season according to this report on Mlive.com. Last year, the student number was at 19,000.

"This (student turnout) would be a low number for us in terms of student season tickets, it's unfortunately part of a national trend as student numbers are dropping across the board," Associate A.D. Dave Ablauf said. "We've been as high as 21,000 over the years, and it fluctuates sometimes with schedules and when games are played and so on.

"(But the general population of ticket sales, outside of students) is being projected pretty much the way that it always has been. We usually fluctuate anywhere, plus or minus, one percent. And we're pretty much in that same area. The vast majority of tickets that are available are because student numbers are down."

It?s never too early to talk 2015 NFL draft, is it? Nope. And it looks like Iowa could have two picks among the top 11.

SportsIllustrated.com predicts offensive tackle Brandon Scherff No. 5 to the Jets, and has defensive tackle Carl Davis going six picks later to the Lions. The last time Iowa had two first-rounders? It was 1997, as offensive tackle Ross Verba and running back Sedrick Shaw were tabbed. Before that, it was 1986 with Chuck Long, Mike Haight, and Ronnie Harmon all going in round one. Ah, memories.

No worries. The Hawkeyes have plenty of depth at running back with the likes of Mark Weisman, Jordan Canzeri and Damon Bullock back. Not long ago, running back was an unstable slot in Iowa City. Those days are long gone, even with Hill leaving.

Nice piece on InsideNU.com on who Northwestern should look to schedule in the non-conference in the future.

Playing BC, ND, Syracuse, Stanford and such is nice. But it would be neat to see some non-peer schools on the menu for the Wildcats.

Remember when I promised you more lists? Well, I?m delivering. This one is a ranking of the top 100 college football players from the National Football Post.

I was a bit surprised to see Michigan State DE Shilique Calhoun as the highest-rated Big Ten player at No. 8. Nebraska DE Randy Gregory came in at No. 9. Ohio State QB Braxton Miller? He?s No. 25. I know. Amazing, huh?

Michigan State lost a lot of talent off of last year?s hoops team, especially in the backcourt with Keith Appling and Gary Harris gone. What will the Spartan backcourt look like next season? Let?s just say it?s a key area to watch, OK?

No doubt, Travis Trice will need to play a big role. I can?t wait to see incoming freshmen Javon Bess and Lourawls Nairn, who need to hit the ground running.

Nice list from Marcus Jackson of the Champaign News-Gazette, who has compiled who he thinks will be the Big Ten?s best sophomore hoops players next season. A nice collection of talent.

Having grown up in Indiana, I can appreciate this nice story on former Hoosiers legend Steve Alford coming back to his home town of New Castle to visit. Few native sons have had a basketball career as illustrious as Alford, a member of the New Castle Class of 1983. Prep legend, IU icon, NBA player, successful college coach ? the basketball gods love Alford and his hair.

How cool is it to be Jared Abbrederis, who has gone from Wisconsin stud to promising Green Bay Packers wideout?