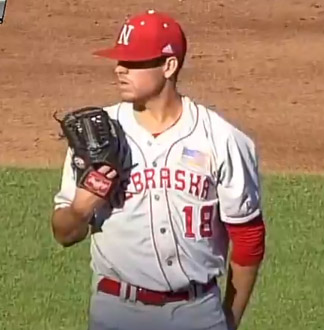 The NCAA baseball tourney opens Friday, and Big Ten champ Indiana and Nebraska are ready to fight for a Super Regional berth. Before the two teams open regional play, here are five facts to know about the Big Ten and the NCAA tourney.

Here are five fun facts to preview the action:

1. With Indiana, the overall No. 4 seed, and Nebraska in the field, the Big Ten has put multiple teams in the NCAA tourney for the third straight year.
2. The Hoosiers are the first Big Ten team to earn a national seed since the NCAA began seeding the top eight in 1999. Nebraska earned national seeds in 2001, 2005 and 2006 prior to becoming a Big Ten member.
3. With back-to-back NCAA tourney appearances, Indiana has as many tourney berths in the last two years as it had in its history.
4. The Huskers are in the tourney for the first time since 2008 and the 13th time overall.
5. Thanks to 42 wins from Indiana and 40 from Nebraska, the Big Ten boasts two 40-win programs for the first time since 2009 (Minnesota & Ohio State).

There's also this for the people who like to think ahead: Indiana can become the first Big Ten team to advance to the College World Series in consecutive seasons since Michigan did it in 1983 and 1984.

Indiana opens the Bloomington Regional vs. Youngstown State at 7 p.m. ET Friday, while Nebraska gets things started in the Stillwater Regional vs. Cal State Fullerton at 1 p.m. ET.

— BigTen.org contributed to this report.