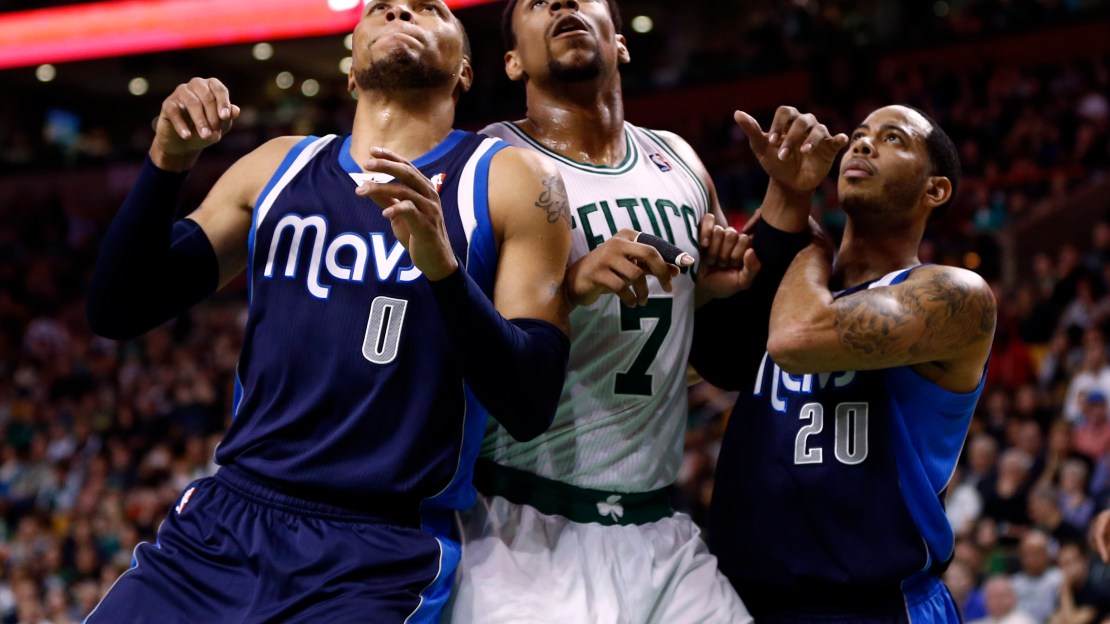 The Big Ten is known as being one of the best college basketball conferences in the nation. We have seen countless All-Americans sport Big Ten jerseys and go on to have outstanding NBA careers, from John Havlicek to Earvin "Magic Johnson to Isiah Thomas, to name a few.

We know some of the all-time greats, but what kind of NBA talent has the Big Ten produced in recent years?

I studied the past 10 years and looked back at all the Big Ten NBA draft picks since 2004. I took note of  how many players were drafted each year, where the players were selected and what type of success they have had in the NBA to compile this ranking.

Here is my ranking of the top Big Ten NBA Draft classes over the past decade.

My take: Not only did this draft have the highest number of Big Ten players selected over the past decade, it also produced the most talent. While Greg Oden didn't pan out as the No. 1 pick, Mike Conley Jr. certainly did, as did Carl Landry, who was a steal at No. 31 overall. This was a solid class, highlighted by Conley.

My take: Yes, this class has only one year of NBA experience, but it is loaded with talent. Oladipo, Burke and Hardaway Jr. were all members of the 2014 NBA All-Rookie First Team, while Zeller was a second-team member. Oladipo and Burke also finished second and third, respectively, for Rookie of the Year. This class could take over the No. 1 spot in no time if these young players continue to develop at this pace.

My take: All four players are currently on NBA rosters, while Green and Sullinger are two up-and-coming power forwards. Leonard is still extremely raw and a work in progress, and Hummel played some meaningful minutes down the stretch. This class is still young, but it has the chance to improve.

My take: The Big Ten had three players selected in the NBA Draft on three separate occasions over the past decade. However, this class, led by Eric Gordon, is the best of the bunch. All three players in this draft class are currently on NBA rosters, and Gordon is a talented shooting guard who can create his own shot.

My take: There wasn't a true superstar in this draft class, but both Harris and Humphries are solid NBA players who have carved out significant roles throughout their NBA careers. Harris has averaged at least 15 points per game in five seasons, while Humphries averaged double-doubles in back-to-back seasons in 2010-11 and 2011-12. Robinson is currently out of the NBA.

My take: Deron Williams is probably the best Big Ten player drafted during this time frame, but he is also the only player of this Big Ten draft class still in the NBA. Having Williams in this class gives this group a bump, but it can only count for so much. Head currently plays in the Spanish league, while Wright plays in Israel.

My take: While this class was big in size and college star power, only three from the class are currently on NBA rosters (Leuer, Morris and Moore). Even more, not one of the players has averaged more than 8 points per game in a single season. Johnson currently plays overseas in Italy, while Diebler plays in Turkey.

My take: Shannon Brown is the only player from this class remaining in the NBA. Yes, there are other classes with only one player still in the league, but Brown's career averages of 7.7 points and 1.9 rebounds per game make it tough to boost this class any higher. From a college standpoint, this class was darn good, but for some reason, the skills just never transitioned to the next level.

My take: This was a tough year for the Big Ten, with only one player selected in the 2010 NBA Draft. That one player, however, was selected No. 2 overall and has enjoyed a solid NBA career. In four NBA seasons, Turner has career averaged of 11.1 points, 5.3 rebounds and 3.1 assists per game. He is undoubtedly one of the top Big Ten players on this list.

My take: The 2009 NBA Draft class had just two Big Ten players selected in it, and neither has exactly set the world on fire. Mullens is a backup for the Philadelphia 76ers, averaging 4.2 points and 2 rebounds per game this past season, while Suton currently plays for Cedevita Zagreb of the Croatian League.