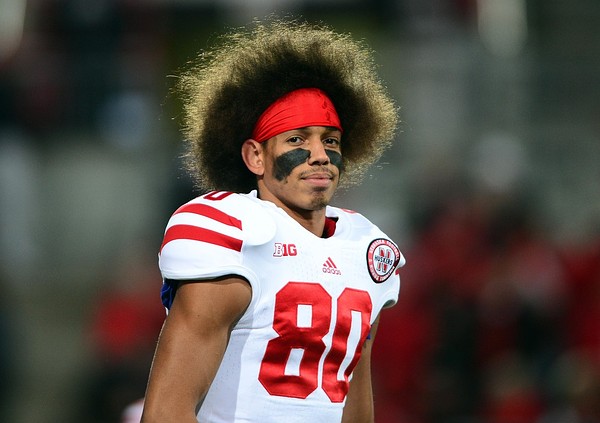 Nebraska receiver Kenny Bell lost a recent bet, and it cost him his recognizable hairdo. Yes, Bell's afro is no more. The Husker posted a picture on Twitter of his new, less recognizable look. To the surprise of no one, the photo garnered plenty of attention. Even Bo Pelini chimed in with a funny tweet about Bell's new look, saying "Gone but not fro-gotten." See a picture of the new hairdo and Pelini's tweet in this post.

Lost a bet and my brother @runDMChap_91 made me shave the fro. Gonna have to change the twitter handle now ? pic.twitter.com/z5cwFc2MTT

@NUequipment it appears that @AFRO_THUNDER80 helmet will need to be resized. Let's all remember the good times. Gone but not fro-gotten.

Bell might have a new look, but he'll still be one of the Big Ten's elite playmakers and receivers this fall.

Speaking of which, remember this incredible catch?