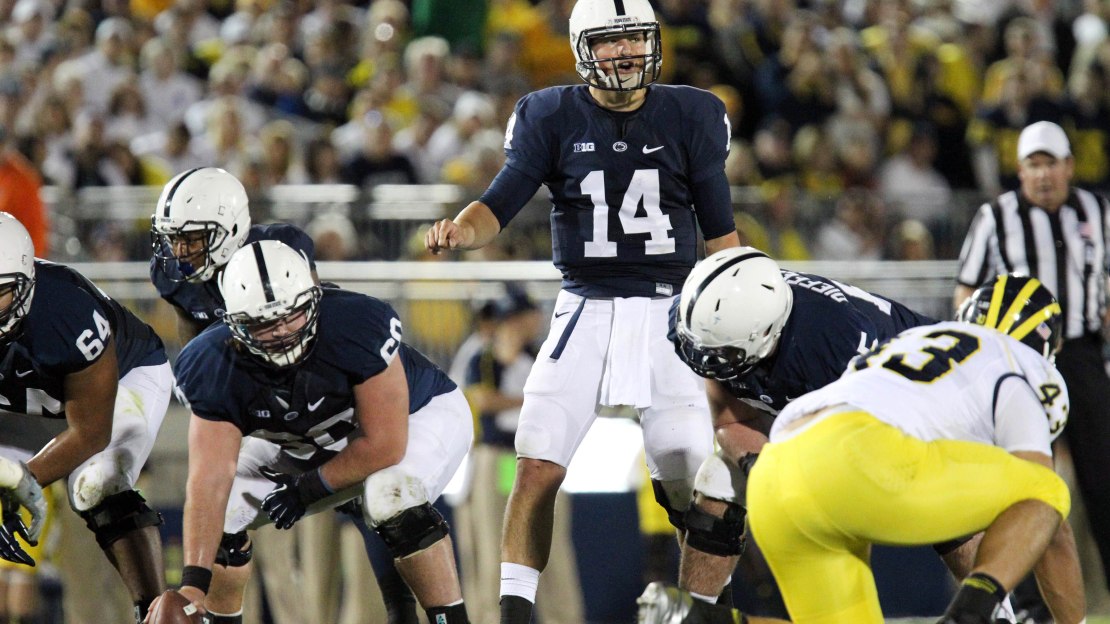 There is much anticipation around the unveiling of the James Franklin era. Franklin brings endless energy along with an impressive resume to State College, Pa., making Vanderbilt into a winner prior to his arrival.

For his next act, Franklin will look to continue to build on what Bill O?Brien did in two seasons. Before leaving for the Houston Texans, O?Brien defied the odds by going an aggregate 15-9 overall and 10-6 in the Big Ten while dealing with harsh NCAA sanctions that chipped away scholarships and also included a bowl ban.

The postseason ban remains and depth will continue to be an issue for Franklin, but enthusiasm and promise won?t be.

Franklin will build his offense around stud quarterback Christian Hackenberg, who will have a nice fleet of running backs behind him. But the line and wideouts need to develop. The defense has potential, but keep an eye on the line. If its takes shape, the unit could be a cut-above.

The schedule will be an ally, as it?s not crazy to envision Penn State winning eight games with this menu.

Toughest non-conference game: Not a lot of heavy lifting. In fact, you?ll be hard-pressed to find many lighter non-conference schedules in the Big Ten. The toughest test figures to be the first, as the Nittany Lions will play Central Florida in Ireland on Aug. 30 in the ?Croke Park Classic.? UCF won in State College last season en route to a Fiesta Bowl bid, but quarterback Blake Bortles is gone. Still, the Knights have plenty of athletic ability and are well-coached by George O?Leary.

Toughest conference game: Take your pick between home games vs. Ohio State (Oct. 25) and Michigan State (Nov. 29). Since the Spartans won the Big Ten and Rose Bowl last season, let?s go with that game. MSU welcomes back lots of talent on offense. And the Spartan defense is always edgy. The teams haven?t met since 2010, when Michigan State won in State College.

Who they don?t play: The Nittany Lions get a break by missing the top teams in the Big Ten West, as Nebraska, Wisconsin and Iowa are off the menu. Penn State also misses Minnesota and Purdue.

Easiest game: The visit from UMass on Sept. 20 shouldn?t be too taxing. The Minutemen have a new coach coming off a 1-11 season. Time to have some fun.

Rugged stretch: Nothing too scary. But circle the back-to-back games at Michigan on Oct. 11 and vs. Ohio State on Oct. 25. The good news: Penn State has a bye between those games. The Nittany Lions won a wild four-overtime game vs. the Wolverines last season in State College to push their winning streak to four in a row over Michigan. Penn State has lost two in a row and four of five to Ohio State.

Factoid: Penn State has dominated Big Ten newcomer Maryland, holding a 35-1-1 all-time mark in the series. The Terrapins? last win vs. the Nittany Lions was in 1961. The teams tied in 1989.

Best chance to be upset: When Penn State wades into Rutgers on Sept. 13 for a prime-time game, the place figures to packed and jacked. It will be the first Big Ten game ever for the Scarlet Knights. And this will be the first time the Nittany Lions have been in New Brunswick since 1955, as the previous six times PSU played at Rutgers were in East Rutherford, N.J. The teams haven?t met since 1995 and Penn State has won the last seven games. The Scarlet Knights last won in the series in 1988, as Penn State has dominated Rutgers, 22-2.

Best chance to pull an upset: The Nittany Lions may be able to pull off a prime-time stunner in Ann Arbor on Oct. 11 vs. a Michigan team that has some issues to sort out. If the Wolverines are struggling along the offensive line again, the offense could be as spotty as it was in 2013. And Penn State has a chance to be strong on offense if its front emerges, as Christian Hackenberg looks to be the top passing quarterback in the Big Ten. The Nittany Lions won the last time they visited Ann Arbor in 2009.

Must win: Penn State remains ineligible for a bowl, so it?s tough to call any game a ?must win.? But from a confidence standpoint, the Nittany Lions need to protect their home turf when Maryland visits on Nov. 1. The teams haven?t played since 1993, but the Terps likely will have a chance to climb over Penn State in the ultra-competitive Big Ten East with a win in State College.

Bye weeks: Both byes come in a three-week span. The first comes after five games, as Penn State will get a break between a visit from Northwestern and trip to Michigan. After the trip to Ann Arbor, the Nittany Lions are off before playing host to Ohio State in prime time. PSU will finish the season with six consecutive games.