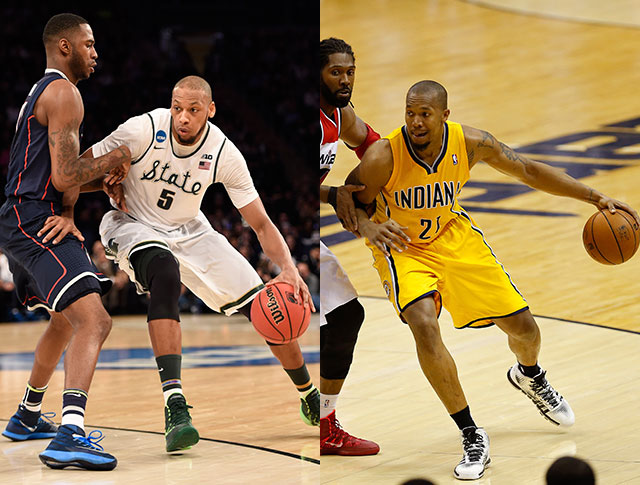 The NBA Combine is complete, the lottery results are in, and the much-anticipated NBA draft is 30 days away. With that said, experts are predicting there to be plenty of Big Ten names called on draft night. Indiana's Noah Vonleh, Michigan's Nik Stauskas and Michigan State's Gary Harris and Adreian Payne have all appeared in the lottery of several recently released NBA mock drafts.

But, which current NBA players do experts compare these incoming rookies to?

I asked Sporting News college hoops writer and BTN contributor Mike DeCourcy for his comparisons, and you can find his full list below.