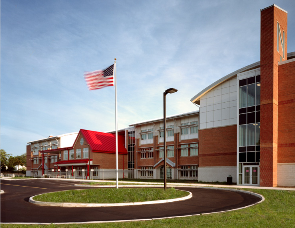 Students at Rutgers University are studying the relationship between humans and the buildings in which they live.

Through a collaborative effort of many different academic disciplines, the Rutgers Center for Green Building develops and implements innovative green building strategies. The RCGB, which operates within the Edward J. Bloustein School of Planning and Public Policy at Rutgers, works with federal and state agencies, as well as private organizations, to create a better living environment in highly urban settings where structural issues often clash with environmental concerns.

Which is why environmental psychology students are working together with structural engineering students to determine how the environmental conditions of a building affect the people who live inside it.

?We have been doing a series of studies in residential buildings and commercial buildings, focusing on green buildings that are trying to be cutting edge,?? said Clinton Andrews, faculty director for the Rutgers Center for Green Building. ?It is great to be cutting edge, but often that is where you find the biggest problem with user-friendliness.

?For example, if the temperature gets too hot inside an office, do employees take off a sweater, do they close the blinds, do they open a window, do they adjust the thermostat, do they call the building manager or do they just sit there and suffer? The challenge is collecting enough data to characterize the range of behaviors in people and to turn that knowledge into a form that is useful for building designers and managers,?? he said.

The end result would be data that building management personnel could put to use to create a greater employee satisfaction while maintaining the effort to be environmentally forward-thinking. ?Sometimes, the adaptive behaviors we elicit actually negatively affect the efficiency ideas that we have put in place,?? he said.

A second current study under way at Green Building is trying to create a tool that will allow building owners to do a laser study of an urban structure to identify potential maintenance problems before they become actual maintenance problems. Working on funding from the Department of Housing and Urban Development, students from the engineering and environmental sciences departments are creating a prototype device that can scan a building to can find where it is poorly sealed or has poor insulation. ?The structural imaging is a tool that works for structural problems, while the thermal imaging we can use to look for environmental problems at the same time,?? Andrews said.

?A lot of the affordable housing providers, like the New York City Housing Authority, cannot keep up with the maintenance problems that exist because in many cases they don?t know what the problems are,?? he said. ?They have to wait for a building to fall down or a resident to go to the hospital with an asthma attack from the moldy conditions inside an apartment before they do anything. What we are doing is trying to come up with a cheaper higher tech way to identify a building?s problems early rather than have a building inspector out to every single building in the city.?

Another project which was completed this semester at Green Building called on students to design a house from the ground up. It truly required a collaborative effort that proved educational to students who might not have known the many different elements to home construction. ?We had the plumbing team and the air-conditioning team and the lighting team, and they all have to learn how to coordinate with the other,?? Andres said.

?It is interesting to see them try to find a common language,?? Andres said. ?They have a common purpose, which makes it easier.?