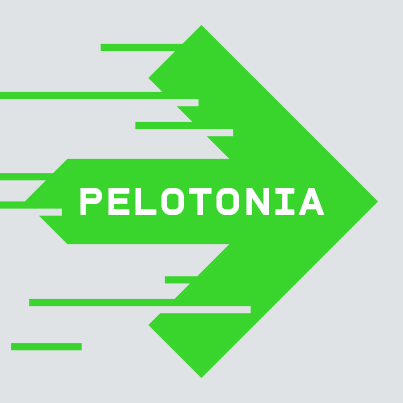 ?When cancer touches someone that is a peer, it really changes your perspective,? Kelley Griesmer says.

Griesmer?s perspective was altered when her friend, Tom Lennox, was diagnosed with cancer at age 40. Lennox beat cancer, but the emotion did not stop. In fact, it grew from Griesmer and other friends to the city of Columbus.

Lennox, who moved from New York to Columbus, Ohio, after getting married, joined forces with the Ohio State Comprehensive Cancer Center to make a difference.

In 2008, Lennox and Ohio State Comprehensive Cancer Center Director Mike Caligiuri went on a 163-mile bike ride in Cape Cod in support of the Dana Farber Cancer Institute. When the duo returned to Columbus, they were inspired to create a similar philanthropy affair. Lennox quit his job as a vice president at Abercrombie & Fitch and became the CEO of Pelotonia. They tapped Griesmer, a former attorney, as Chief Operating Officer.

Pelotonia was conceived in November 2008 for an inaugural event in August 2009. With only nine months to build the bike ride, finding participants was a scramble. Lennox, Caligiuri, Griesmer and their team also made the requirements legitimate, but hard to sell.

?We require people to commit to a certain amount. It?s not a goal. It is a commitment. It is guaranteed by credit card. We had to get some over the hump at the beginning,? Griesmer says. ?We had two obstacles. We had to convince people they can raised the money and we had to convince them they could ride a bike.?

One point of persuasion was and still is the destination for the money. All funds raised go directly to the Ohio State Comprehensive Cancer Center-James Cancer Hospital and Solove Research Institute. Much of the money is exchanged in the form of idea grants, which provide young doctors a significant sum for their research.

?The way you?re going to cure cancer is by investing in some of these new and fresh ideas. A lot of people give up on those ideas because they don?t have the money,? Griesmer says.

The difficulties of the first year are a thing of the past. Pelotonia incorporated 6,723 riders in 2013. The count is currently above 4,900 with two and a half months still remaining in preparation. Over $2.1 million has already been raised this year (fundraising lasts until two months after the event).

?One person turns into two people, which turns into five people,? Griesmer says. ?Maybe the next year they want to bring a friend or a few friends.?

?Peloton? is a French word for a group of riders bunched together. The ?ia? adds a creative twist.

?We kind of had the idea in our head to be like Lollapalooza or Bonnaroo,? Griesmer says. It?s creative. And the reason for peloton is it?s a group of riders who ride together. They ride together because together, they are more efficient.?

Riders have the option to ride with specific pelotons, and many companies join the event as a whole. There are six trails in the Columbus area ranging from 25 miles to 180 miles. There is also a virtual rider option, which entails fundraising without the act of riding.

There is no denying the Columbus community is an integral part of Pelotonia. Both inside and outside Ohio State, the city has rallied around Pelotonia. Griesmer attributes the response from the community to that of attending Ohio State football games.

?The Buckeye community is extremely loyal and extremely caring,? she says. ?Ohio State is a center of the Columbus community, but the community is very, very diverse and open to new ideas. That?s not what you may think about your average Midwest town. The community has responded really well to something that?s about togetherness.?

Griesmer is the first person to say Pelotonia is not solely for the Ohio State community. While many students, faculty and alumni participate in the Columbus-hosted event with proceeds to the OSU Hospital, Griesmer encourages the Midwest and the rest of the country to join in. Pelotonia?s colors are green and blue, and that may not be a coincidence.

?We?ll even take those guys up north,? she laughs. ?We certainly don?t want someone from Michigan or Michigan State to not feel welcome.?

The only goal of Pelotonia is to raise money to further cancer research in Columbus. Rivalries are an afterthought. The hospital has already used the money for various forms of success, including the possible discovery of a gene linked to colon and uterine cancer. Totally outside the Pelotonia funding, a new James is set to open later in 2014. This should only expand the technology and efficiency of the cancer center.

This year?s event takes place from August 8-10 over the course of what Griesmer is quick to call a ?weekend? and not just a bike ride. Riders still have most of the summer to sign up and fundraise.

Registration and more information on Pelotonia can be found at http://pelotonia.org/.