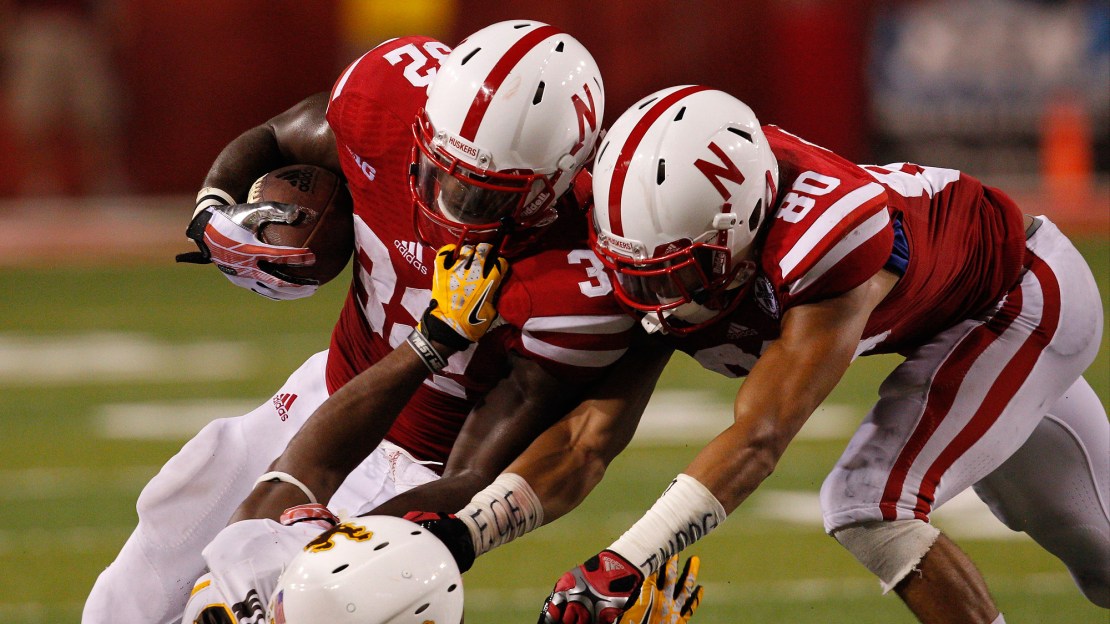 Hopes are high in Lincoln for the program?s first conference championship since 1999. The defense looks like it could be the strongest part of Bo Pelini?s seventh Nebraska team. The front seven looks especially stout. The offense has some great building blocks, paced by a nice collection of running backs and receivers.

Yes, the o-line needs to develop and Tommy Armstrong needs to take the next step in his development as a quarterback. Still, there?s a lot to like about the 2014 Huskers.

The schedule will make Nebraska?s quest for a title difficult. There are three tough Big Ten road games: at Michigan State, at Wisconsin and at Iowa. And the non-conference has some challenges, including a visit from Miami (Fla.).

Here is a breakdown of Nebraska?s 2014 schedule.

Toughest non-conference game: The trip to Fresno State has ?scary? written all over it. The Bulldogs went 11-2 en route to winning the Mountain West in 2013, but star quarterback Derek Carr is gone. So, let?s go with the visit from Miami (Fla.) on Sept. 20. The Cornhuskers should be tuned up and ready after having played three games. No, these aren?t Jimmy Johnson, Dennis Erickson or Butch Davis? Hurricanes, but Miami has some top-end talent and will be a good test for Nebraska coming off a 9-4 mark. The teams last met in the Rose Bowl for the national title after the 2001 season, which the Canes won, 37-14, over Eric Crouch?s Huskers.

Toughest conference game: My eyes go right to the Oct. 4 game at Michigan State. This could be a preview of the Big Ten championship game. And, I?d be OK with that. The Cornhuskers won the last time they visited East Lansing, taking a 28-24 decision in 2012. Michigan State beat Nebraska for the first time ever last season when it took a 41-28 decision in Lincoln to give the Spartans a 1-7 all-time mark vs. the Huskers.

Who they don?t play: The Huskers get a break not playing Ohio State, Michigan and Penn State from the Big Ten East. Nebraska also misses Maryland and Indiana.

Rugged stretch: The last three games of the season will be tough, beginning with a Nov. 15 trip to Wisconsin. That?s followed by a visit from Minnesota. The season ends with a trip to Iowa. Bottom line: This trifecta of games figures to determine who will win the Big Ten West. The good news is the Huskers have a bye heading into this challenging stretch. Nebraska didn?t play the Badgers last season after the teams met twice in 2012. One was an encounter in the Big Ten title game, which ended with the Cornhuskers getting trampled 70-31. Nebraska saw a 16-game winning streak vs. the Gophers end last year with a 34-23 loss in the Twin Cities. The Huskers are 2-1 vs. Iowa since joining the Big Ten; that lone Hawkeye win came last season in Lincoln, 38-17. The loss nearly cost Pelini his job.

Best chance to be upset: The trip to Fresno State on Sept. 13 could be dicey. And the visit from Minnesota on Nov. 22 is scary, as the Gophers took last year?s meeting. But let?s go with the trip to Northwestern on Oct. 18. The Huskers should be favored in a series that has seen some wild games. The Wildcats rallied for a 28-25 win in Lincoln in 2011. The Cornhuskers returned the favor in 2012 with a stirring 29-28 comeback victory in Evanston. Last year, Nebraska won on a last-second Hail Mary in Lincoln. No doubt, Northwestern doesn?t fear the Huskers and has lots of talent back from a team motivated to rebound from a disappointing 2013.

Best chance to pull an upset: Nebraska can storm into Wisconsin and knock off a Badgers squad that has issues. The Badger defensive front seven is being overhauled, and questions loom at receiver. And is Joel Stave the answer at quarterback? By the time these teams meet on Nov. 15 in Madison, these issues may be moot and the Badgers could be humming. But the Nebraska defense also may be in top form backed by a power offense led by Ameer Abdullah.

Must win: Forget Black Friday shopping, take me to Iowa City for football! The trip to Iowa on Nov. 28 could be a de facto Big Ten West championship game. The Huskers are looking to pay back the Hawkeyes after getting embarrassed last year in Memorial Stadium. This could be a low-scoring slugfest.

Bye weeks: The timing is pretty good. The first bye comes after six games, landing between the trip to Michigan State and visit to Northwestern. The second bye comes just two games later after a visit from Purdue. This is perfect, as the break will allow the Cornhuskers extra prep time for the season-defining final three-game stretch.