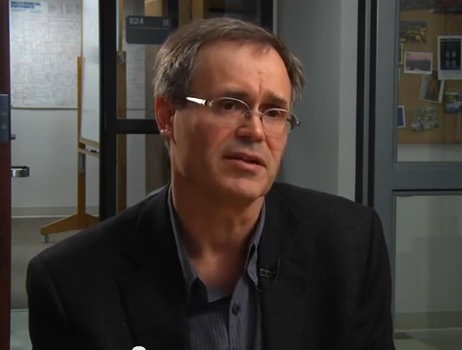 ?My guess is that most scientists would say that they got into science because they wanted to change the world,? Stephen DiMagno says.

DiMagno, 52, did not set out to change medicine. When he began as an assistant professor at the University of Nebraska in 1993, he did not see himself making breakthrough discoveries involving some of the deadliest diseases in the world.

?Initially, I started working with fluorinated compounds. That had nothing to do with medicine,? DiMagno says.

In 2014, DiMagno can say he has discovered a positive emission tomography (PET) agent that can manage brain tumors and possibly diagnose Parkinson?s, Alzheimer?s, certain forms of cancer and other diseases during early stages.

In April, Ground Fluor Pharmaceuticals won a $726,000 National Science Foundation grant to expand research and product development. Most notably, the grant will drive the commercialization of DiMagno?s products.

?The grant allows the company to sell the compound that?s been manufactured, not just for research,? he says. ?It allows for preparation of first radio tracer under GMP conditions.?

DiMagno has a B.A. in chemistry from Swarthmore College, a PhD in chemistry from UC Berkeley and he did his postdoctoral fellowship at the University of Pennsylvania. It took over a decade into his Nebraska tenure before DiMagno considered a medical aspect of his research. Around 2007, DiMagno realized the potential for his findings to affect humans.

?It?s diagnosis that aids in the assessment of therapy. That?s the value,? he says.

With the recent grant, Grand Fluor Pharmaceuticals can take the next step in providing its diagnosis technology on a commercial level. While his research and developments may not be able to cure cancer, his agents will be able to catch deadly diseases while they are still weak.

In the past, the agents have been developed for research purposes. Now, they will be designed for use in humans. Agents that could only be used in a research setting can now make a diagnosis in a clinical venue.

?For me, one of the most appealing aspects of this particular project is that there is potential to have an immediate and tangible impact on the lives of cancer victims and their families," he says. "As a parent myself, I am particularly moved by the grace and resolve shown by the parents of pediatric cancer patients, and it is extremely fulfilling for me to work on a project that holds promise to improve the outcomes for these families.?

As DiMagno moves forward, he will expand on the commercial aspect.DiMagno has developed a process to attach the radioactive isotope fluorine-18 to different carrier molecules. This in turn allows a PET scanner to detect a compound?s metabolic rate.

However, the research must expand beyond just the PET agents to other areas of combating deadly diseases.

Much of the studying will come from Kiel Neumann, a former PhD student in DiMagno?s UNL research group. Neumann is the assistant director of research and development for Ground Fluor Pharmaceuticals and the leader of the company?s research effort.

DiMagno founded Ground Fluor Pharmaceuticals in 2012 after receiving an NSF Innovation Corps grant in 2011. The company is headquartered in Lincoln, Neb. and more information can be found at http://www.gfpharma.com/index.htm.

More information on NUtech Venutres can be found at http://www.nutechventures.org/.