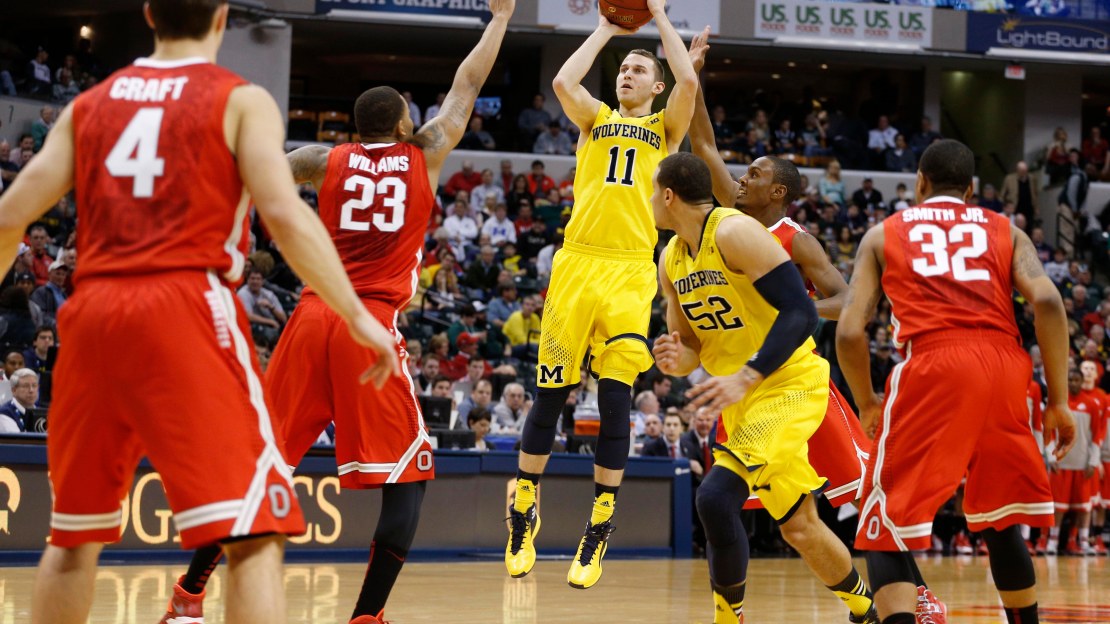 The NBA Draft combine is complete, the lottery results are set, and that means that NBA Mock Drafts will be appearing even more frequently throughout your Twitter timelines. There is plenty of Big Ten love throughout some of these mock drafts, as names such as Noah Vonleh, Gary Harris, Nik Stauskas and Adreian Payne have all appeared in the lottery of several well-respected mock drafts.

Here are the results:

Chad Ford on Vonleh: "They (the Jazz) do not really need another power forward, but at this point, that is the value left on the board. Vonleh's ability to stretch the floor should be intriguing to the Jazz."

Chris Mannix on Harris: "The shooting guard raised a few eyebrows by measuring 6-foot-2½ without shoes at the combine (he measured 6-4½ with shoes). And his three-point shooting dipped to 35.2 percent from 41.1 percent as a freshman. Still, Harris ranks as one of the best defenders in the draft, and he has the potential to build a solid all-around game."

Sam Amico on Payne: "Can mix it up in the paint and bury shots from NBA 3-point range. Not overly consistent, but is among top two or three bigs available when he's on."

Gary Parrish on Ross: "Some people question his motor. But nobody questions the natural talent of this junior wing who led the Buckeyes in scoring this past season."

Sean Deveney on McGary: "The Heat would benefit from developing a young big man, and McGary - if medical reports on his surgically repaired back look OK - would be the kind of value pick the Heat need to uncover."

Sean Deveney on Robinson III: "Robinson helped himself at the combine as he confirmed the athleticism he showed from time to time with the Wolverines. The question is why he does not dominate more with his natural skills. Still, for a Clippers team looking for athleticism on the wing, Robinson is a good pickup."