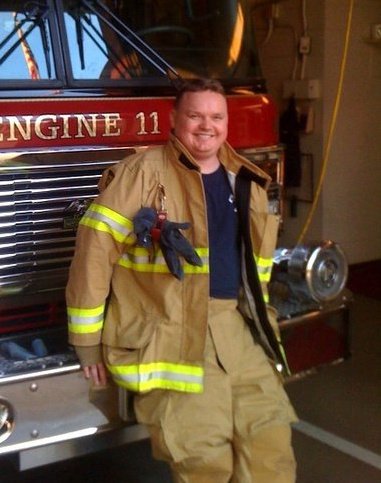 ?I instantly felt connected to the message this program was putting out there in that autistic children are a very at-risk population,? Blanch says. ?I spoke up several times and gained the attention of Bill. He joked I should run the program.?

Blanch, 39, did not think much about his activity at the session in the weeks that followed. However, that all changed when he got a call from Cannata. ALEC saw a potential leader in Blanch and asked him to come on board as a presenter. He accepted.

?I felt like it was a way for me to make the most difference in autistic children?s lives outside my home,? he says.

In his household, Blanch, a Michigantown, Ind. native, gained experience dealing with Nicholas. Although Nicholas was not diagnosed until age three, Blanch and wife Laura spotted symptoms in Nicholas as an infant.

?We knew, beforehand, there were some problems in his development. At 18 months, he sort of began to regress,? Blanch says. ?He more or less stopped speaking. He stopped trying to walk and went back to crawling and rolling on the ground. He did many things we now know were signs of autism: flapping of the hands, covering of the ears, not wanting to speak, lack of eye contact.?

Blanch?s program, which he calls ?Fire Rescue Autism,? combines his experiences as a firefighter/paramedic and a parent of an autistic child. Blanch caters to the specific fire department, police department or airport security team he instructs.

Blanch teaches first responders how to recognize and deal with autism to avoid meltdowns.

?I teach first responders to look for the symptoms when they encounter an individual who acts in an abnormal way,? Blanch says. ?Many times, they?re not going to have a t-shirt that says I have autism.? Of all the topics Blanch covers, he singles out one risk as being most dangerous for autistic children. The risk may come as a surprise.

?I make sure I focus on the risk of water. I really push that in my program,? he says. ?If there is a lost child, we always want to search water first. About 91 percent of all autistic children who have accidental deaths come from drowning. That?s always what we want to focus on first.?

Blanch explains autistic children usually do not want to be hugged or touched, but water provides a high level of buoyancy. A child can even avoid contact with the ground while in water. However, a lack of swimming ability can pose a dangerous situation.

Blanch has made 20 presentations at fire departments, police departments and airports in four states: Illinois, Indiana, Ohio and Kentucky. His schedule at Purdue calls for three 24-hour shifts over five days. This follows with four days off, or for Blanch, time to schedule his lessons. A session at the Zionsville, Ind. Fire Department at the end of May will mark his 21st presentation. In August, Blanch will speak at the Indiana Emergency Relief Conference.

Although he just started instructing in January, Blanch has evidence of results. He says multiple attendees have followed up a week or two after the presentations to inform Blanch of use of his lesson into the real world. Blanch notes he was part of an episode this year in which he needed to use his techniques on a Purdue student with autism.

In his own house, Blanch continues to focus on his original draw to autism awareness: Nicholas. Nicholas is enrolled in a special autism school, Bierman ABA. Blanch and Laura alternate schedules to make sure one parent can drive the 35 miles both ways twice a day (140 miles a day). Blanch says the school will develop Nicholas? communication skills and eventually assimilate him into a public school.

?Before I had a child with autism, I knew absolutely nothing about autism. The only things I knew were what I saw on television or in movies,? Blanch says.

About ten years ago, Blanch worked as a volunteer EMT. He found his calling for a career and furthered his education. Blanch got a job as a paramedic in Kokomo, Ind. eight years ago before coming to West Lafayette, where he has been at Purdue for four years.

Being an autism parent and teaching his own grant-funded fire safety program was not in the plans, but Blanch has embraced it. He has found his calling in being a pioneer when it comes to autism awareness and first responders.

Blanch lives in Michigantown with Laura, Nicholas and three-year-old son Eli. He can be reached at autismrescue@yahoo.com.