Which B1G teams have most NBA picks in last 10 drafts? 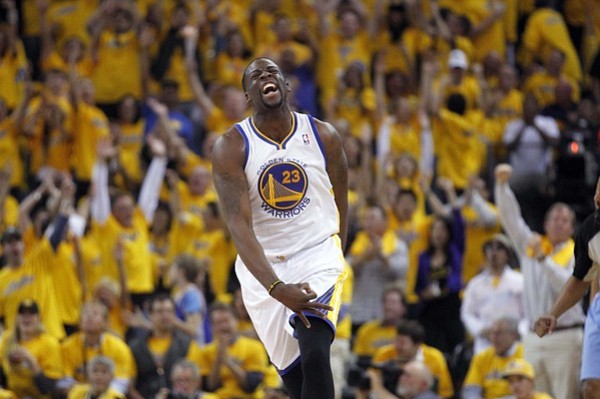 The Big Ten is known for having a rich history and tradition of outstanding basketball. In fact, the Big Ten has won a total of 10 national championships, with the first one dating back to 1940 (Indiana) and the latest in 2000 (Michigan State).

During that time period, the Big Ten has sent numerous players to the NBA, many of who have gone on to have successful pro careers. That trend should continue this year as the upcoming 2014 NBA Draft is loaded with Big Ten talent. ESPN Basketball Insider Jeff Goodman projected five Big Ten players to go in the first round of his most recent NBA Mock Draft.

That got me thinking about which Big Ten schools are producing the most NBA talent. I studied the past 10 years and looked back at the number of draft picks for each Big Ten school, where the players were drafted and what type of success they have had in the NBA to compile this ranking.

Here is my ranking of the top Big Ten NBA-producing programs over the past 10 years.

1. Ohio State Buckeyes (9 selections)
Traditionally known as a football school, the Buckeyes have enjoyed plenty of success on the hardwood over the past decade. In total, Ohio State has produced nine draft picks since 2004, which is far and away the best in the Big Ten. That list includes names such as Jared Sullinger, Evan Turner, Mike Conley Jr., and the only No. 1 overall pick during the span, Greg Oden. Perhaps the most well-known Buckeye during the Thad Matta era, Aaron Craft is projected to be a second-round pick in this June's NBA Draft.
Best of the bunch: Mike Conley Jr.

2. Indiana Hoosiers (5 selections)
One of the most storied college basketball programs of all time, Indiana comes in at No. 2 on this list. The Hoosiers have sent five players to the NBA over the past 10 years, which is tied with Illinois and Michigan State for the most during that span. However, of those five draft picks, four of them were first rounders, and three of them were top-10 selections. The list includes Victor Oladipo (2013), Cody Zeller (2013), Eric Gordon (2008), D.J. White (2008) and Bracey Wright (2005). Look for the Hoosiers to add another top-10 draft pick to the list with stud freshman Noah Vonleh projected to be an early selection in this year's NBA Draft.
Best of the bunch: Eric Gordon

3. Illinois Fighting Illini (5 selections)
Illinois comes in at No. 3 on this list, having produced five NBA Draft picks since 2004, led by All-Star guard Deron Williams. Joining Williams in this group is Meyers Leonard, James Augustine, Dee Brown and Luther Head. Of those five, Williams and Leonard are the only two who are currently listed on NBA rosters. Nonetheless, when you think about the top-producing NBA talent programs in the Big Ten, make it a point to include Illinois on the list.
Best of the bunch: Deron Williams

4. Michigan State Spartans (5 selections)
This is the program that many probably expected to see at the top of this list. However, as good as the Spartans have been over the past decade, they've only had five players selected in the NBA Draft since 2004. The list includes Draymond Green, Goran Suton, Shannon Brown, Maurice Ager and Paul Davis. It is startling not to see names such as Kalin Lucas, Durrell Summers, Raymar Morgan and Drew Neitzel on this list. Look for this list to grow substantially after this draft, though, as the Spartans are expected to have at least two (Gary Harris and Adreian Payne), and maybe three (Keith Appling), players selected. That should lift Tom Izzo's program to the No. 2 spot on this list next year.
Best of the bunch: Draymond Green

5. Michigan Wolverines (4 selections)
It is no secret that John Beilein has done an outstanding job since arriving in Ann Arbor back in 2007. Since that time, the Wolverines have sent the likes of Trey Burke, Tim Hardaway Jr. and Darius Morris to the NBA, all three of who are having success. In fact, Burke and Hardaway Jr. finished third and fifth, respectively, in this year's NBA Rookie of the Year voting. The fourth member to be included on this list is Bernard Robinson, who was a second-round selection of the Charlotte Bobcats back in 2004. This is an elite-level program that will add several more NBA Draft picks to the list this year, including Nik Stauskas, Glenn Robinson III and Mitch McGary.
Best of the bunch: Trey Burke

6. Purdue Boilermakers (4 selections)
Seeing Purdue this high up on this list may surprise some people, but don't be fooled: Matt Painter has brought a ton of talent to West Lafayette during his time at Purdue. That list includes Robbie Hummel, JaJuan Johnson, E'Twaun Moore and Carl Landry. Surprisingly, Johnson is the only one of this group who was a first-round selection, and he is also the only one who isn't currently on an NBA roster.
Best of the bunch: Carl Landry

7. Wisconsin Badgers (3 selections)
As much as you may associate the Wisconsin Badgers with outstanding basketball during the Bo Ryan era, the Badgers have actually only produced three NBA draft picks over the past decade. Devin Harris highlights that list, as the former All-Big Ten guard was the No. 5 overall selection in the 2004 draft. Joining Harris is Jon Leuer, who was selected 40th to the Milwaukee Bucks in 2011, and Alando Tucker, who went No. 29 to the Phoenix Suns in the 2007 NBA Draft. Now, just because this program has only produced three NBA Draft picks over the past decade, doesn't mean this isn't an elite program. This is evident by Bo Ryan's outstanding 321-121 record since arriving in Madison back in 2001.
Best of the bunch: Devin Harris

8. Minnesota Golden Gophers (1 selection)
Kris Humphries is the lone Minnesota player on this list. He was selected as the No. 14 overall pick in the 2004 NBA Draft to the Utah Jazz. Humphries has career averages of 6.8 points and 5.5 rebounds per game, with his best season coming in 2011-12 with the then-New Jersey Nets.

9. Iowa Hawkeyes ( 1 selection)
The lone Iowa player who was selected in the NBA Draft over the past decade is Adam Haluska. The former Hawkeye shooting guard was taken with the No. 43 overall pick in the 2007 NBA Draft to the then-New Orleans Hornets. This list should add another member this year as Roy Devyn Marble is projected to be a second-round selection.

* There weren't any players selected from Nebraska, Northwestern or Penn State over the past 10 years. Maryland and Rutgers were not included in this list since they technically do not join the conference until July 1.