Wisconsin students 'Jump Around' at commencement 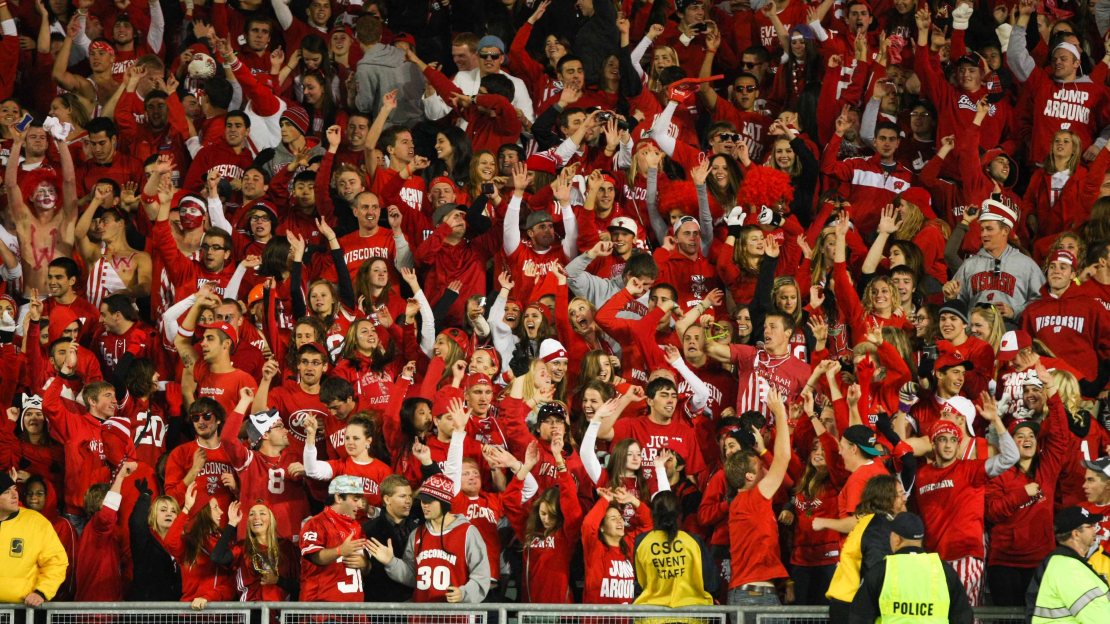 Big Ten fans all have their own favorite traditions and rituals during college football games. However, there is one particular tradition at Wisconsin football games that really seems to stick out more than the others: Jump Around.

Between the third and fourth quarters at Wisconsin home football games, the popular House of Pain song blares throughout the speakers at Camp Randall Stadium as fans jump up and down throughout the stands.

It looks like a home football game isn't the only time Wisconsin breaks out the popular song.

@BadgerFootball, the official Twitter account for Wisconsin football, tweeted out the following video of "Jump Around" being played at Wisconsin's senior graduation ceremony.

Now you see why so many refer to this as one of the best traditions in college football.