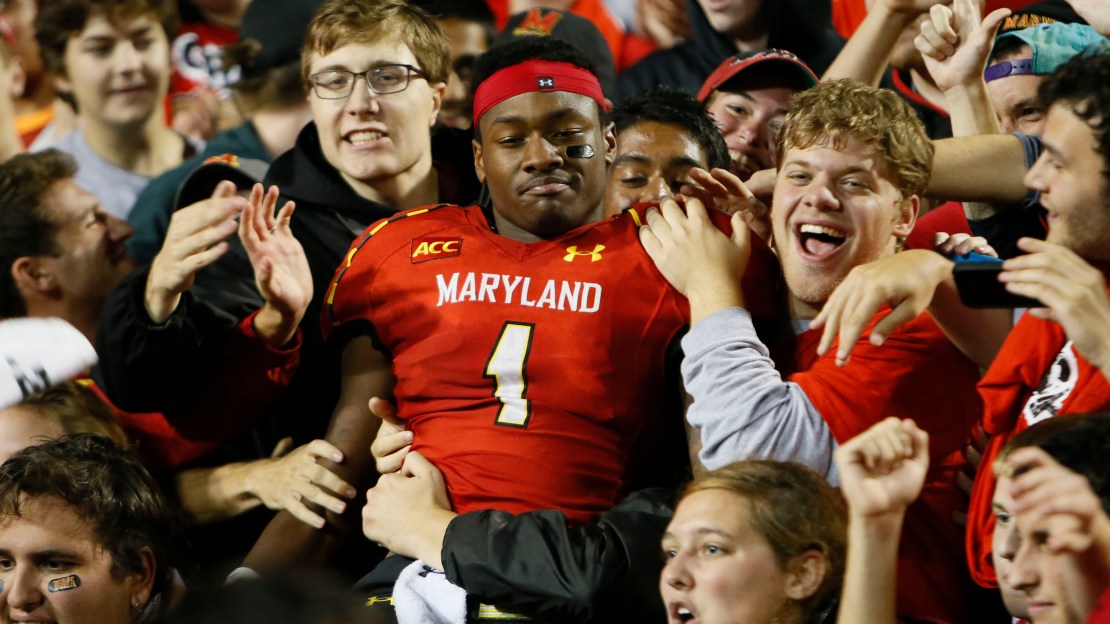 Welcome to the Big Ten, Maryland. But beware: Your maiden voyage may be a bumpy one, so buckle up. Playing in the rugged Big Ten East is hazardous to the health of a developing program like Maryland.

The Terps may be favored in just one league game in 2014-the finale vs. Rutgers. And the non-conference doesn?t offer a lot of relief, with trips to South Florida and Syracuse along with a visit from West Virginia. On top of all of this, Maryland has just six home games.

What?s it all mean? The Terrapins figure to be hard-pressed to qualify for a bowl this season under Randy Edsall, who has gone from two to four to seven wins and a bowl in his first three seasons in College Park.

Here?s a breakdown of Maryland?s 2014 schedule.

Toughest non-conference game: A visit to Syracuse-Edsall?s alma mater–on Sept. 20 is the final dress rehearsal for the Terps before they embark on Big Ten action. The Orange went 7-6 last season in their ACC debut and are a program moving in the right direction. The Orange won last year?s meeting in College Park and have won five in a row in the series and six of seven.

Toughest conference game: Lots to choose from here with visits from Ohio State, Iowa and Michigan State and trips to Wisconsin, Penn State and Michigan. Let?s go with the visit from the Spartans, who are coming off a 13-win season and Big Ten title and welcome back lots of talent. By the time MSU arrives in Byrd Stadium on Nov. 15, the Spartans may be a well-oiled machine honing in on another division title.

Who they don?t play: Maryland gets few breaks in its Big Ten debut. Missing Nebraska is nice. But the other teams the Terrapins will miss all are foes they may have been able to beat: Northwestern, Illinois, Purdue and Minnesota. (Sigh.)

Easiest game: The opener vs. FCS James Madison should be light lifting. Good thing, since Maryland has some big-time opponents after that. Heck, the three other non-league foes (at South Florida, West Virginia, at Syracuse) all should be a challenge. One more cupcake would have been nice.

Rugged stretch: Maryland better take its vitamins from Oct. 4-Nov. 22 when it plays what has to be one of the most difficult six-game runs in the nation: Ohio State, Iowa, at Wisconsin, at Penn State, Michigan State and at Michigan. The Terps would do well to win just one of those games. Regardless, that six-game murderer?s row could blow out Maryland?s season. If there is any bright spot, it?s that the Terps have two byes during this six-game gauntlet. That has to help, right?

Best chance to be upset: Maryland ends the season by playing host to Rutgers, which figures to be one of the few foes the Terrapins will be favored to beat. But what type of mental and physical shape will Maryland be in by Nov. 29 coming off that aforementioned killer six-game stretch? If the Terps are dragging, they could get dumped by the fellow Big Ten newbie Scarlet Knights. These schools last played in 2007 and 2009, with each winning in the other?s stadium.

Best chance to pull an upset: Maryland may be able to ambush Penn State when it visits State College, Pa., on Nov. 1. The Nittany Lions? thin roster may be compromised late in the season. And Penn State will be coming off a visit from Ohio State. Plus, you know Maryland will be hyped to beat a Penn State program that it?s 1-35-1 against.

Must win: The Terrapins need to beat visiting West Virginia on Sept. 13. The rival Mountaineers are coming off a 4-8 season, looking for traction under Dana Holgorsen whose record has gotten worse in each of his three seasons. Wins could be difficult to come by in the Big Ten East, so Maryland needs to cash in as often as possible in non-conference action. The Terps beat WVU last year but lost seven in a row to the Mountaineers before that.

Bye weeks: Maryland?s first bye comes after six games. Even better, it comes after the Ohio State game, giving the Terps a chance to regroup before resuming that brutal six-game stretch vs. Iowa. The second bye also is well-timed, coming between a trip to Penn State and visit from Michigan State.