Big Ten should say 'no' to any games with Notre Dame 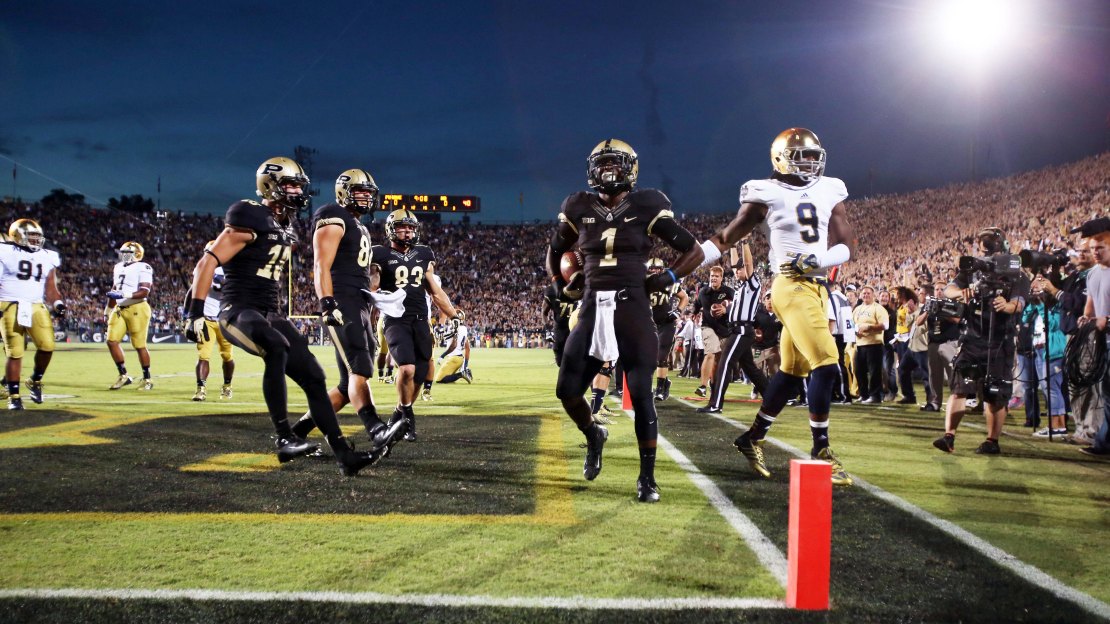 So, there was Notre Dame coach Brian Kelly talking at a recent golf outing about how he?d like to see the Fighting Irish?s series with Michigan and Michigan State continue.

(Slow, sarcastic clap.) Sure, it would be nice. Who hasn?t enjoyed the games between the Spartans and Irish, and the Irish and Wolverines? Great stuff over the years.

But Michigan and Michigan State should pull the plug on all games with Notre Dame. You, too, Purdue, which has played the Irish annually since 1946.

Well, let me be the first to tell you that ?tradition? is the absolute worst reason to do anything in life.

Myriad traditions already have been trampled in the stampede of change that has cascaded through college conferences in recent years. Let?s just throw Big Ten games vs. Notre Dame on the pile with Oklahoma-Nebraska, Texas-Texas A&M, Kansas-Missouri and others.

Notre Dame always has been and always will be all about Notre Dame. It chooses to stand alone when it comes to football. And when it wants help for its other sports, it only does so on its terms.

(What type of conference would take Notre Dame on Notre Dame?s terms? Could you ever see the SEC, Pac-12 or Big Ten accepting such an arrangement? That?s a story for another day.)

After meeting in Indianapolis this fall, the Purdue-Notre Dame series will have gaps. The schools will next meet in 2020 and subsequently will play in 2021, 2024, 2025 and 2026. The schools are working on additional dates beyond 2026.

But the Michigan-Notre Dame series–played almost annually since 1978 and dating to 1887–is dead following this year?s clash in South Bend after the Irish brass informed Michigan last fall that it wanted to terminate the series.

Now, Brian Kelly is talking nice-nice about wanting to keep playing his neighbors to the north.

ND?s affiliation with the ACC requires it to play five of those schools each year. (That's the "cost" for ND to have a home for its other sports.) And the Irish also have other games they want to play annually, like Navy and USC. So, as you can see, Notre Dame?s dance card fills up quickly.

Now, the Irish can go fill out their schedule with teams from other leagues. I?m sure it won?t be a problem. Stanford has been an annual foe since 1997. No doubt, any SEC or Big 12 school would do backflips to South Bend for the chance to play the Irish and would buy plenty of ND sweatshirts, too.

But the Big Ten should be done with the Irish. Forever.

"When (athletic director Jack Swarbrick) and I sit down and we start discussing 'what do you want to do?' we don't start or end that without having Michigan or Michigan State part of that conversation, and there's an SEC school involved in that conversation, as well," Kelly said at the golf function in Olympia Fields, Ill. "I can assure you that Michigan, Michigan State and an SEC school is involved in those conversations. How that pans out, I'm telling you, it's a very complicated deal."

I?m sure it would be an ?easy deal? if schools agreed to do things like Notre Dame wanted. It?s ?complicated? when ND feels it may not get what ND wants. Let?s stop the dance and have the Big Ten and Notre Dame move on, OK?

The Big Ten will be playing nine league games beginning in 2016. And the league also wants each school to play one non-conference game vs. a team from a ?power? conference each season. There are plenty of options outside of Notre Dame for Big Ten teams to choose from.

I will say that I was a bit surprised when I saw it suggested that Big Ten teams may schedule each other as ?non-conference? games as a way to fill out future schedules. What?

Look, if the Big Ten is going to do that, then just move to a 10-game Big Ten schedule. It seems the nine-conference-game format provides headaches, anyways, what with five league home games one season and just four the next.

Just play a 10-game Big Ten schedule, five home games and five away. And that would leave just two non-conference slots each season for schools to try to fill-one less foe to find and one less massive payout to make.

It all makes too much sense–like not playing Notre Dame.