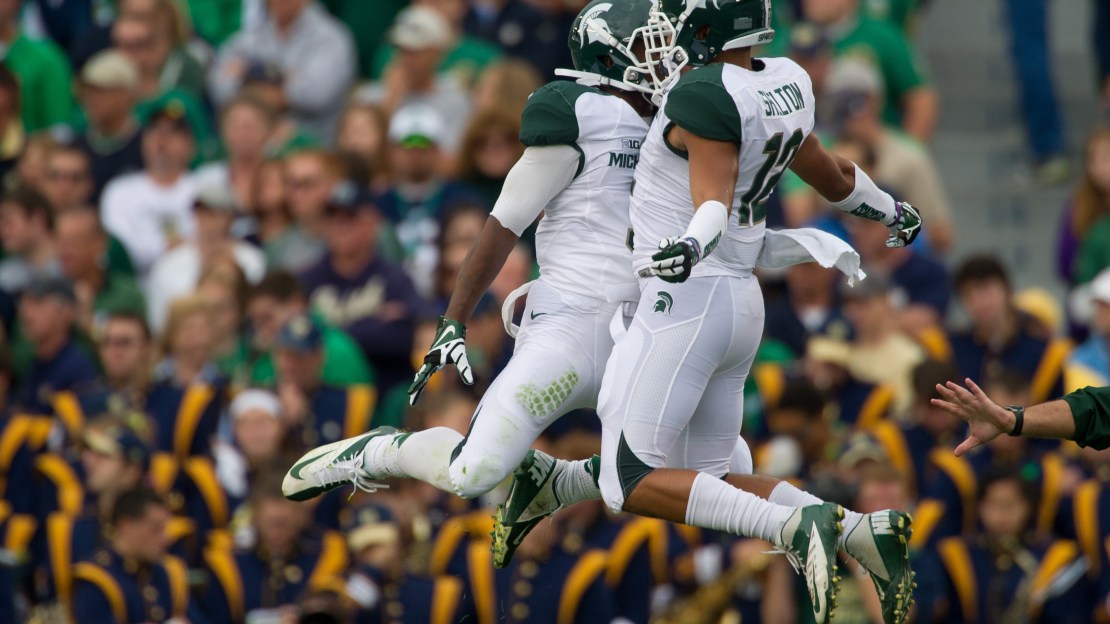 The Big Ten AD meetings continued yesterday in Chicago. Many subjects were discussed. When I talked to Commissioner Jim Delany last week, he said he didn?t anticipate the league football championship game leaving the Midwest. And, Delany reiterated that stance.

"When you have 14 fan bases (for a basketball tournament) it's easier to move events then when you have two fan bases," Delany told reporters. "I think central is the presumption, a central location (within the conference's footprint) would be the presumption."

I still hope we see some games in New York or D.C. to kick off the season at some point in the future.

Also discussed: The league is still debating the cost of attendance for student-athletes-also known as paying players.

?That?s the way the world works, I guess,? Penn State athletic director Dave Joyner said. ?How long did it take us to get to Obamacare? No judgment intended, I?m just saying, it?s a long time. … (I?m) not saying this is exactly as complex as that, but it?s pretty complex.?

Adreian Payne dealt with a lot last season, when a foot injury derailed him for seven games in January and February. Well, it turns out he also has been dealing with mono since January.

"I was tired all the time," Payne told Mlive.com. "I would come into the locker room at halftime and be struggling to catch my breath. I didn't know what was wrong. I didn't want to get out of bed in the morning, but I just thought I had to. When I found out it was mono everything made sense."

Tough deal for Illinois? hoopster Darius Paul, who has been booted for next season for repeated transgressions. Paul sat out last season after transferring from Western Michigan. Paul, the younger brother of ex-Illini stud Brandon, was thought to be primed to play a role next season. Now, his future is in doubt.

It sounds like Penn State coach James Franklin isn?t happy with the Nittany Lions facilities. And something is going to happen about it.

"It's going to be getting people to support that vision and jump on board with us through fundraising and those types of things," Franklin said on a Penn State caravan stop. "But yeah, I think Penn State has and wants to again be able to provide a first class experience for the student athletes. They've done that for a long time, and there's just some things that we need to tweak and get back right.

I think what Franklin wants, Franklin is gonna get. I can?t wait to see this program in 5-10 years.

Hawkeyes fans surely know the ?We hate Iowa? chant endorsed and encouraged by Minnesota in this ?How to be a Minnesota Gopher Football Fan? post from last year.

Well, the whole deal no longer is sanctioned by the school.

Notre Dame series with Big Ten teams are fading. Michigan State A.D. Mark Hollis said the Spartans aren?t in line to meet the Irish with any regularity in the future.

The teams are slated to meet just five times in the next 14 seasons. One of them is tentatively scheduled to be a neutral-site game in 2023. They also are contracted to play in 2016 in South Bend, with a meeting at Spartan Stadium on tap in 2017. And that?s it in the foreseeable future for a series that has included 77 encounters.

Nebraska did OK in the recent NFL draft. But the 2015 draft may be better for the Cornhuskers, who could have five players picked.

My take: Yes, it?s that time of year.

Todd McShay has one Buckeye in the first round of his 2015 NFL Mock Draft — Michael Bennett at 32 to Denver.

My take: Sounds about right.

NBA sends an official release. Mitch McGary will not be attending the NBA pre-draft combine.

My take: So, there is that.