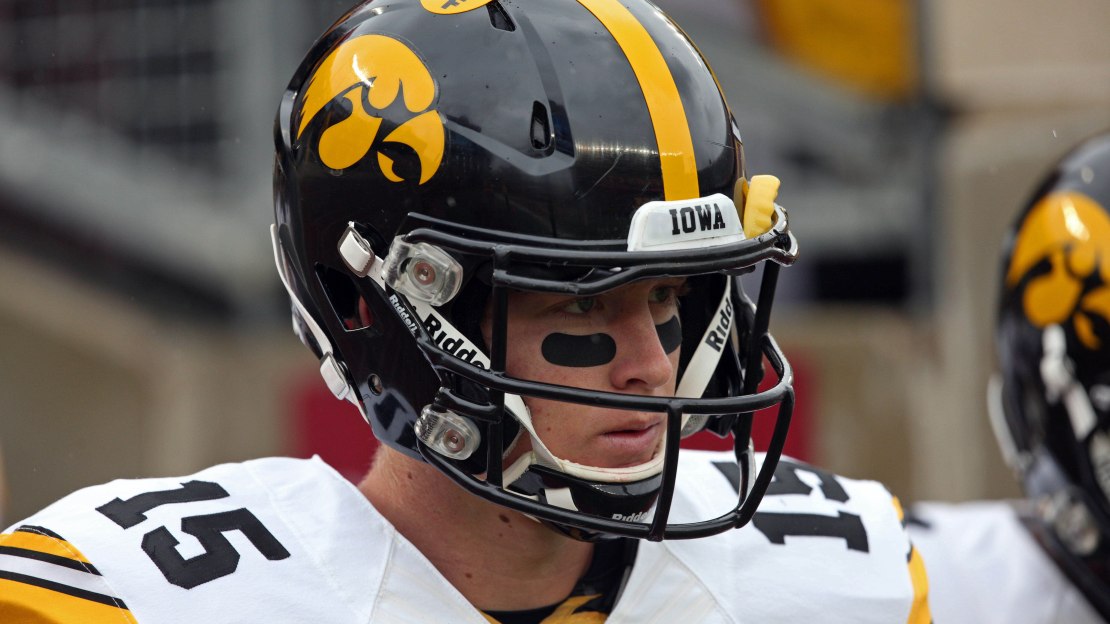 If you see Kirk Ferentz smiling a lot, you?ll know why after looking at the Iowa schedule. No Iowa coach would admit it, but this is a schedule to die for, a chance to get fat, happy and maybe win Iowa its first Big Ten championship since 2004. Heck, even master cupcake scheduler Bill Snyder of Kansas State has to be jealous of this low-calorie menu.

Still, a loaded Hawkeyes squad has a great shot at building a killer record and winning the division. In fact, a double-digit win total looks very plausible. Yep, it's gonna be fun times along Melrose Avenue this fall. So, if you feel like making reservations for Indianapolis and the Big Ten championship game, it's understandable. Oh, and I recommend staying at the Conrad on Washington Ave. Boffo accommodations and a great location.

Toughest non-conference game: Take your pick between Iowa State?s visit on Sept. 13 or the trip to Pitt the next week. Let?s just go with the rivalry game. The Cyclones have been a pain in Ferentz?s keister, going 8-7 vs. Captain Kirk. Iowa State gets jacked to play Iowa, which usually always has better talent. Still, Iowa State has found a way to pace this rivalry, going 9-7 in the last 16 meetings after Iowa ripped off 15 wins in a row in the Cy-Hawk Series from 1983-97.

Toughest conference game: It will come in the finale on Nov. 28, when Nebraska comes to Iowa City. This could end up being a de facto Big Ten West championship game on Black Friday. How cool would that be? Exactly. This is what the Big Ten had in mind when Nebraska came aboard. The Huskers won 13-7 the last time they visited Iowa City in 2012, but the Hawkeyes dominated last year in Lincoln, taking a 38-17 triumph.

Easiest game: Iowa should be able to dispatch FCS Northern Iowa in the opener with a few flicks of the wrist. If they don?t, the Hawkeyes have issues. Yes, the Panthers are a good program and have played Iowa tough at times over the years. Who can forget that harrowing 17-16 win in 2009? And the Hawkeyes won just 27-16 the last time they played in 2012. Still, Iowa is 15-1 all-time and has no business ever losing to a FCS team. Every Hawkeye dressed will play in this one.

Rugged stretch: It?s difficult to find anything too daunting. But, let?s go with the final four-game stretch that begins Nov. 8 at Minnesota and includes a trip to Illinois and season-ending visits from Wisconsin and Nebraska. The Hawkeyes have won the last two battles for Floyd of Rosedale, but Minnesota is a rising program that?s hungry. Yes, Illinois is struggling, but the Illini are improving and playing on the road is always a challenge. Wisconsin has won the last two games with Iowa-both in Iowa City. In fact, the Badgers are 3-1 in their last four trips to Kinnick Stadium. The Hawkeyes are 1-2 vs. Nebraska since the Cornhuskers joined the Big Ten, notching their lone triumph last season.

Factoid: In a bit of scheduling quirk, this will be Iowa?s fourth trip in five years to Minnesota. Iowa is 1-2 in its last three junkets to Minneapolis. Also, the Hawkeyes are playing Illinois for the first time since 2008. The Illini won the last meeting-in Champaign-but the Hawkeyes won five in a row before that.

Best chance to be upset: Iowa needs to be careful when Iowa State visits on Sept. 13. But let?s go with Indiana?s visit to Kinnick on Oct. 11. The Hawkeyes will have a bye the week before, allowing for extra prep time for the high-powered Hoosiers? offense. Still, if Iowa gets into a shootout with IU, it may be in trouble. And the last time these teams met, the Hoosiers took a 24-21 decision in Bloomington in 2012. IU last won in Iowa City in 2007.

Best chance to pull an upset: It?s difficult to imagine Iowa being an underdog in many games this season. It could be when Nebraska visits to end the season. A key for the Hawkeyes will be having a balanced offense vs. what should be a good Cornhusker defense. How will the passing game look by late-November? Fascinating.

Must win: Iowa needs to take care of business when Wisconsin comes to Kinnick Stadium on Nov. 22. The Badgers have been a Big Ten bad boy in recent years. To be the best, you have to beat the program that has been the best. Gary Andersen?s second team may be vulnerable, with some big issues along the front seven on defense. And who will catch passes? Is Joel Stave really the answer at quarterback? Iowa needs to show Wisconsin who is boss if it wants to win the West.

Bye weeks: The first bye comes after five games, at which time the Hawkeyes have a good shot to be unbeaten. Iowa plays two more games before its second bye, allowing the Hawkeyes to catch their breath for a fateful final five games. Having two weeks to prep for Indiana coming out of their second bye will help the Hawkeyes.