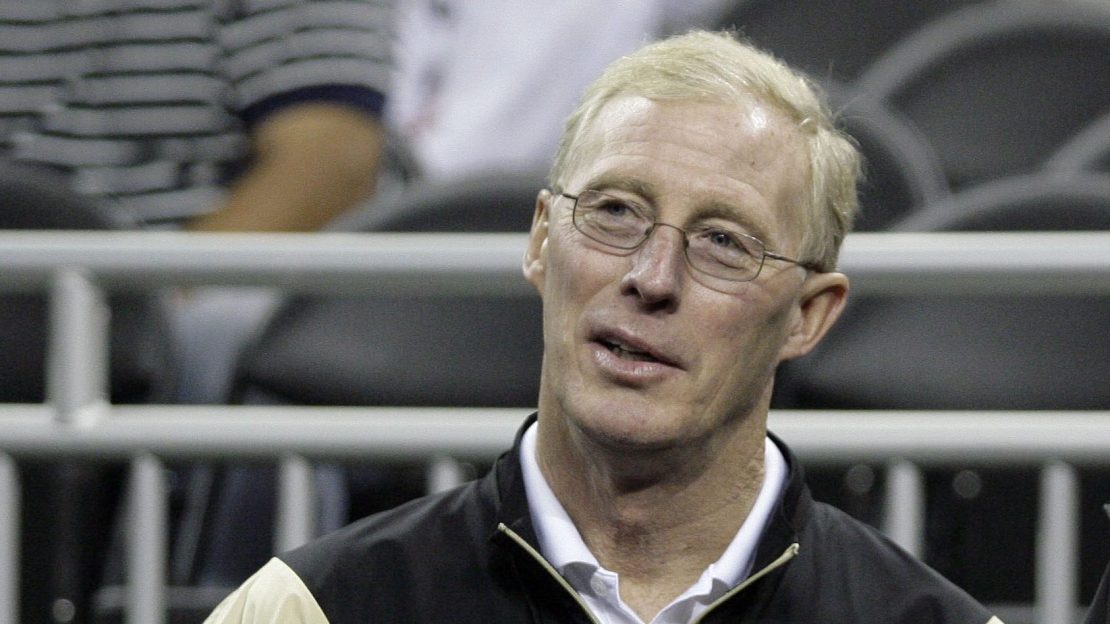 Earlier this week, at the annual Big Ten spring meetings, Purdue AD Morgan Burke had some interesting-and refreshing–comments on the subject of the cost of attendance and player stipends.

That's a full-fledged endorsement from an athletic director who isn?t running a cash-cow Big Ten school. That?s impressive. Burke has no agenda. He?s the longest-tenured Big Ten AD who is comfortable in his own skin and is at the stage of his career where he can speak his mind and stand up for what he thinks is right.

Being within budget is a big deal at Purdue. Believe me. The school is the epitome of ?thrifty.? The athletic department never takes a nickel from the state or school?s general fund to pay for one shoelace. In fact, the athletic department kicks money back to the school. Look around and you'll see other athletic departments taking money from their state and general fund, which is just flat-out wrong and should never be allowed. Credit Burke for keep spending in line at Purdue since assuming command in 1993. He knows the value of a buck. So, to hear him endorse the concept of a stipend says a lot.

Yes, it will cost money. But, yes, it?s the right thing to do.

Big Ten commissioner Jim Delany proposed a $2,000 stipend in 2011. Alas, the proposal didn?t pass the NCAA rank and file because of budget issues. Most NCAA schools just couldn?t afford it, so the Middle Tennessee States of the world voted it down.

But with autonomy for the nation?s ?Power Five? conferences seemingly coming, the ?actual cost stipend? issue figures to be addressed. Schools in the SEC, Big Ten, ACC, Big 12 and Pac-12 have the resources to fill in the gaps financially for athletes when traditional scholarship payments fall short. Once the issue of autonomy is put in place, those ?Power Five? leagues figure to act quickly to fund a stipend.

The additional money given to athletes would help with things like travel to and from home and other basic costs that any college student incurs aside from room, board and tuition. If you?ve been a student, you know what I?m talking about ? pizzas, pens, movies, gas …

How much would this stipend cost schools? It has been estimated at between $500,000 and $1 million. That seems like a reasonable expense, when you consider the money flowing into schools from TV and other revenue streams.

How much loot do Big Ten teams stand to rake in from TV deals? According to a document obtained by the Lafayette Journal-Courier through an open records request from Purdue, 12 of the 14 schools are projected to receive $44.5 million each through the league's distribution plan in 2017-18.

The Journal-Courier report goes on to say that by June 30 of this year, 11 schools - excluding Nebraska - are expected to receive around $27 million each from television agreements, NCAA distributions, bowls and the league's football championship game and the men's basketball tournament.

You?re telling me schools can?t take $1 million of that and dedicate to stipends?

"It is an issue, (athletes) don't have a lot of money," Burke said. "I particularly worry about the young man or woman who is not Pell (Grant) eligible. If they're Pell eligible today, they're getting a check worth $5,730 — and that's cash. They've got some money in their pocket. They may be at a low socioeconomic level that it's not enough, and that'll be a debate as time goes on.

"But how about if mom and dad are both working, they don't qualify for Pell and they haven't got two nickels to rub together (while in college). And, yet, we're sitting here with phenomenal growth in our media revenues and rights agreements — (paying them that money) isn't doing anything more than you should be doing. It's fair."

[ MORE: What's trending in the Big Ten? See our favorites at Gone Viral ]

It?s refreshing to hear an athletic director at a major conference be so candid and frank in embracing this notion. When the subject of a stipend is broached, many people throw their hands in the air, say it?s too costly and too complicated to figure out.

Yes, many details need to be worked out as far as actual implementation is concerned. But, again, it?s good to see an A.D. trumpet the fact a stipend is the fair thing to do. After all, without the athletes, there are no games.

Do some head coaches really need to be paid $3-4 million a year? Do athletic directors need to have $18,000 bonuses for when individual athletes with national championships?

I think it just sends the wrong message.

Bottom line: There is plenty of cash in the coffers of these major conference schools to help fund a stipend program. And it can't be as complicated as sending a man to Mars. C'mon.

The schools need to get out in front of the subject and develop a plan-before someone else (like maybe the courts or Congress) does it for them.