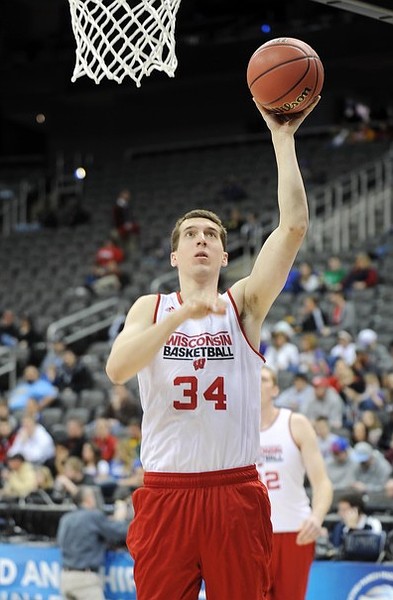 Wisconsin senior Zach Bohannan has taken the new fad of "taking selfies" to a whole new level. Bohannan, who just completed his final season on the basketball team, made a huge splash on Twitter during the NCAA Tournament by taking selfie photos with all four of the Final Four coaches.

It looks like Bohannan hit for the cycle again this weekend by taking selfies with New York Yankees royalty. He posted the following photo on his twitter account Friday night, showing him posing with Derek Jeter, Joe Girardi, C.C. Sabathia and Joe Torre.

Now this is truly hitting for the cycle! #Yankees #MLB #Selfies @SportsCenter pic.twitter.com/KJQHm8hZiU

The photo already has more than 400 combined retweets and favorites on Twitter.

Here's the aforementioned Final Four one:

I hit for the cycle! #Selfies #FinalFour pic.twitter.com/GH3dZjV8fU

Credit: For The Win