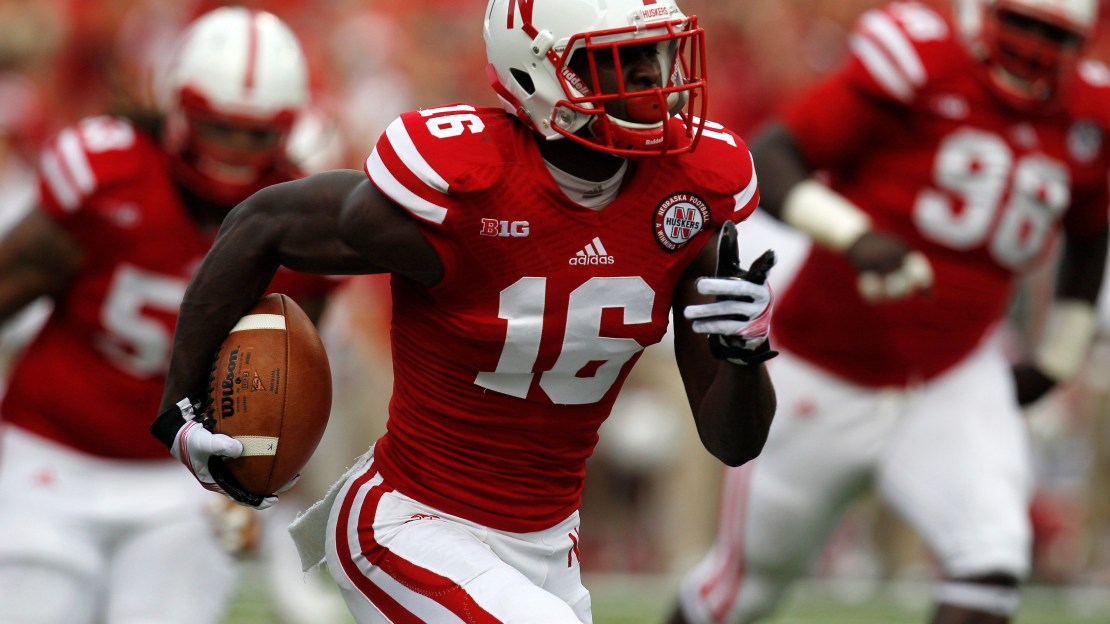 The Big Ten had just one way to go after producing only one selection in the first round of last year?s NFL draft: up. Last night, the Big Ten had four picks, with Michigan OT Taylor Lewan leading the way at No. 11 to the Titans. Ohio State LB Ryan Shazier went No. 15 to Pittsburgh, followed by Michigan State CB Darqueze Dennard at No. 24 to Cincinnati and Ohio State CB Bradley Roby at No. 31 to Denver.

That brings us to today, when Rounds Two and Three will take place. Here?s a look at the 15 best available players from the Big Ten who have the best chance to hear their names tonight in Radio City Music Hall.

1. Ra?Shede Hageman, DT, Minnesota. The former tight end has the measurables, athletic skills and big-play ability but an inconsistent effort has some concerned.

2. Stanley Jean-Baptiste, CB, Nebraska. At 6-3, 220 pounds, Jean-Baptiste is built like an outside linebacker. A great matchup for those big wideouts. But speed isn't great.

5. Allen Robinson, WR, Penn State. His 6-3, 209-pound frame is what pro scouts love. And few have better hands or route-running skills. But a lack of speed is a drawback.

6. Chris Borland, LB, Wisconsin. He?s just 5-11 and can get engulfed. But Borland has been knocked and underrated at every level. All he does is produce. Think Zach Thomas.

7. Jared Abbrederis, WR, Wisconsin. Nice height at 6-2, and he has a burst. The former walk-on isn?t a great athlete, but he just gets open and catches the ball. That?s all.

8. DaQuan Jones, DT, Penn State. A heavy inside anchor at 320 pounds, Jones can move and disrupt. But his conditioning has been questioned along with a spotty effort.

9. Jack Mewhort, OT, Ohio State. He passes the eyeball test but may lack the feet/skills to play on the left side in the NFL.

10. Brock Vereen, S, Minnesota. He?s a good athlete who is strong in coverage but needs to be more physical vs. the run.

11. C.J. Fiedorowicz, TE, Iowa. A big target (6-7) and a red-zone weapon who also developed an edge as a blocker in a physical Iowa attack.

12. Max Bullough, LB, Michigan State. A leader who acts like a coach on the field, Bullough is a tough defender. But he may have to come off the field on passing downs.

13. Christian Kirksey, LB, Iowa. He can run as well as most outside linebackers, which makes him good in space. But can he take on blocks and stop the run?

14. Ricardo Allen, CB, Purdue. He?s just 5-9, 185, but Allen is tough as nails and loves to hit. Also showed a knack for big plays with myriad pick-sixes.

15. Michael Schofield, OT, Michigan. A big, tough prototypical right tackle who can push the pile. But he?s a bit stiff. Could move to guard.