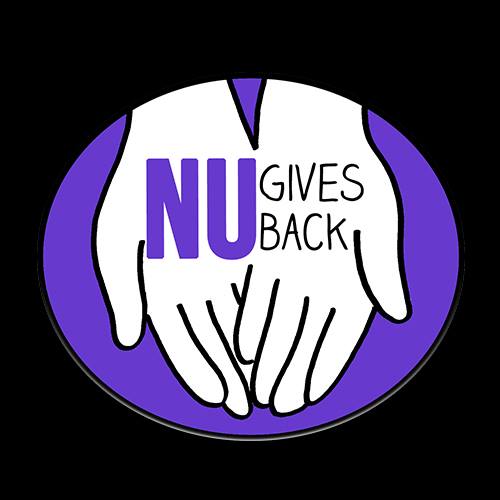 David Chase was at Northwestern University Library when the idea hit him. He does not remember what he was studying at the library. That is irrelevant. His idea had nothing to do with schoolwork.

Chase, then a sophomore, was studying late with friend Kevin Short. The two diverted their conversation away from academics to that of their pre-college experiences. One of the topics mentioned was service.

?We were thinking about our experiences back in high school donating our time and how that really rallied us into service,? he said. ?We wanted to get people back into service in college and we thought it was kind of lacking at Northwestern.?

Chase, now 23, may not remember what books he had on him that night four years ago, but he remembers his next set of actions involving service.

Along with fellow students Short, Katie Florez and Sam Lozoff, Chase founded NU Gives Back, a Northwestern-wide day of service. In its inaugural year, 2011, NU Gives Back received a series of grants, including $5,000 from the Residence Hall Association. The first year of NUGB included 350 students on a May morning. Chase graduated from NU in 2013 with a degree in economics. Meanwhile, in 2014, NUGB will enter its fourth edition, and it has sprouted from the seed Chase planted. According to co-chair junior Olivia Franzblau, 21, NUGB expects to have at least 450 volunteers on the morning of May 10.

In terms of the event, participants gather for breakfast at 9:15 a.m. and into NU?s McCormick Auditorium at 10 a.m. to listen to a mystery speaker. The speaker usually comes from a social organization in the Evanston/Chicago area. Participants are then shuttled out to various locations around the Evanston and northern Chicago area for three hours of service. This year features a mixture of old and new outlets with at least 21 sites total, including The Beyond Sports Foundation, Special Olympics, Asian Youth Services, The Campus Kitchens Project, Have Dreams, and Cornerstone Community Outreach.

Franzblau attributes NUGB?s rapid rise to its student-led base. ?Because it?s a student-run organization, students are more inclined to participate,? she says. NUGB?s board is made up solely of students, and it runs independent of university funding.

Chase and Franzblau both agree it is easy to get wrapped up in academics and other arenas in college. At the high school level, students may have more of a connection to the community they live in, but the distractions of college stray away from relationships with giving back and the community.

?The idea sometimes gets lost there?s an outside world that exists around Northwestern,? Franzblau says.

Chase, now a product marketer at Xbox residing in Seattle, refers to NUGB as a ?bridge.? It does its job providing Northwestern students with an outlet for community service, while it also connects students to the culture around the university and to the people who need help.

?You?re not going to change the world in one day, but the effort you put into that one day can manifest itself in future opportunities to give back,? Chase says. ?I think it?s such an important part of your college experience to break yourself out of your bubble and get that experience.?

Franzblau has heard stories of students making meaningful connections with children and organizational leaders in past years. She hopes these stories continue in 2014. More importantly, she hopes NUGB can cause a domino effect of more unique community service endeavors on campus.

?Hopefully, it creates dialogue and conversation,? she says. ?There has to be reasons to wake up on a Saturday. There?s got to be a reason behind it other than you signed up for an event and have to go.?