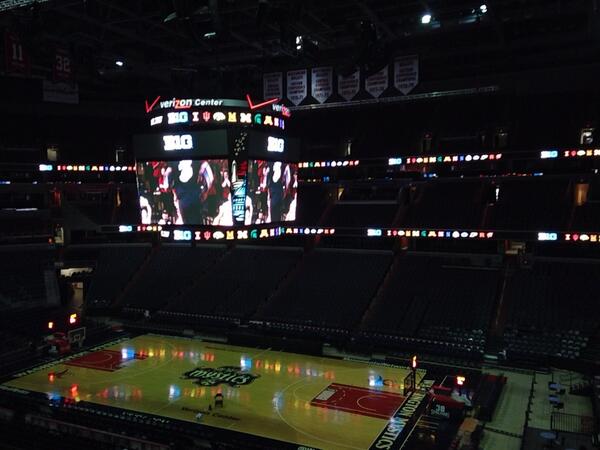 WASHINGTON - Yesterday, it was New York. Today, it?s Washington. Welcome to the new Big Ten Eastern Wing. Soon after it was announced in 2012 that Rutgers and Maryland were joining the league, Big Ten commissioner Jim Delany pledged to build a bridge to the conference?s newcomers.

One was built yesterday with the announcement of Dave Gavitt Tipoff Series between the Big Ten and Big East. Another bridge was officially constructed today, with the announcement that the 2017 Big Ten men?s basketball tourney-the 20th in history–is coming to the Verizon Center in Washington, D.C.

Since its inception in 1998, the Big Ten basketball tournament has alternated between Chicago and Indianapolis, so this move to Washington, D.C., will be a sharp turn from what has been the routine. Maryland coach Mark Turgeon sounds relieved to be joining the Big Ten after two seasons as a ?short-timer? in the ACC.

?We are excited about it,? said Turgeon. ?It?s great to have a home. Jim Delany has been a man of his word in making us feel welcome. Having this event here is part of that. ?

No doubt, this will be a big change for the Big Ten, whose roots run deep in the Midwest.

?People struggle with change but we look for progressive, positive momentum to move forward,? said Delany.

So, embrace change, Big Ten Nation. Time is marching on in this new Big Ten world that now will feature an anchor event on the Eastern Seaboard. Expect more, as Delany has alluded to coming announcements in the next "60 days." Some of those surely will entail news of events out East.

?This basketball tourney will rotate between the Midwest and East,? Delany said. ?The ratio is unknown, but there will be a rotation. We will be here regularly in coming years.

?This is our first chance to put an event like this in the Eastern Corridor. We will undoubtedly be back in Indianapolis and Chicago. But we couldn?t be more excited to put this event here.?

What makes Chicago-host eight times and again in 2015–and Indianapolis-host nine times and again in 2016–ideal are their central locations in respect to many Big Ten schools. Fans from most institutions can drive to either city with relative ease. But with the event moving to the Verizon Center after 19 years in Chicago and Indy, most Big Ten campuses will be beyond a reasonable driving distance.

How will that impact attendance? It?s difficult to tell at this point. But Delany felt the Big Ten needed to take one of its marquee events and play it in a new area the conference has expanded into. Why expand into new regions if you don't plan to take advantage of them?

?It is important to show that we are here,? said Delany, who earlier hatched a deal to begin sending a Big Ten team to the Pinstripe Bowl at Yankee Stadium beginning this season. ?To be there, you have to live there. And this is a step in that direction.?

It?s about branding a Big Ten presence in the Beltway area. And this 2017 Big Ten basketball tournament will help do just that. The Big Ten even will have a satellite office presence in Washington, D.C., not far from the White House, in addition to a brick-and-mortar presence in Manhattan.

?This will help us enhance and increase our presence in the area,? said Delany. ?We will be able to tap into the ex-patriot fans who live here.?

Moving hoops tourneys to multiple sites isn't unparallelled. The ACC and SEC frequently move their basketball tourneys. The ACC usually plays its event in Greensboro, N.C., but will play in the Verizon Center in 2016 and at the Barclay?s Center in Brooklyn in 2017. The SEC in recent years has had Atlanta as an anchor but also has played its hoops tourney in Nashville, New Orleans and Tampa. Soon, the Big Ten will add a third venue. And, perhaps more later.

?We came here not to visit, but to make an impact,? said Delany.