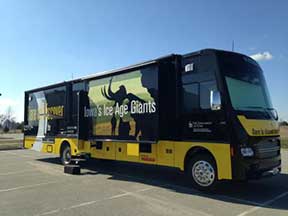 Dan Reed grew up in Mammoth Spring, Arkansas, a small town on the Missouri border. The rural region did not exactly boast museums full of history and research. However, in the midst of the space race, Reed got his scientific education when a group from NASA rolled up with modern technology.

?I very much remember when NASA brought mobile show-and-tell to my school,? he says. ?The notion of inspiring excitement about science was there. There was community outreach involving science.? Reed estimates he was about 12 or 13 and the year was 1970 or 71. Science and technology would become his career focus, taking him to the University of Illinois National Center for Supercomputing Applications (NCSA), the University of North Carolina, and Microsoft Corporation, where he was leader of the Extreme Technology Group and Technology Policy Group.

Reed took over as University of Iowa vice president for research and economic development in October 2012. Back in academia at Iowa, Reed found himself in similar circumstances to his upbringing. The state of Iowa is full of spread-out small towns and lacks an urban center. This makes it challenging for the state?s premier university to spread the history and research in its museums.

Unless of course, the university has a mobile museum.

On August 13, 2013, at Iowa Central Community College in Fort Dodge, the Iowa Mobile Museum made its debut. Housed by a 38-foot-long RV designed by Winnebago Industries, which happens to be headquartered in Forest City, Iowa, the museum includes features of the University of Iowa?s Pentacrest Museums, the Old Capitol Museum and the Museum of Natural History.

The mobile museum features a partnership between the UI Pentacrest Museums and the Office of the State Archeologist. For both groups, as well as the University of Iowa, the bus provides an opportunity to spread education from Iowa City to the rest of the state.

?It?s really not reasonable to expect people to drive six hours to us. We have to go to them,? Reed says, specifically citing the western portion of the state. ?In terms of the Iowa perspective, part of what we wanted to do was instill in people, not only that amazing history exists, but that amazing research is taking place.?

Having an RV dedicated to state history and research is a blessing in itself. However, Iowa?s versatility within the Winnebago is deeper. The vehicle contains pop-out modules and roll-out awnings, which allow it to constantly transition. Iowa, the museums and the state archeologist made sure to create a system in which they would not need to marry exhibits.

?One of the things we really wanted to do was make it something that could be continually refreshed,? Reed says. ?We tried to design the interior so we could replace it every year.?

The debut setup includes three exhibits Reed expects to show the strengths of the museums. ?Iowa?s Ice Age Giants? analyzes the mammals that concentrated in Iowa during the last Ice Age. ?Glenwood: Iowa?s Ancient Agriculturalists? breaks down Glenwood?s culture and its agricultural importance. ?Cornerstones? examines the founding of Iowa, the writing of the state Constitution and other historical political facts.

?It?s a big vehicle,? Reed says. ?My initial reaction was I had an idea in my head of what this would be, but I turned to the museum staff and the state archeologist and said you exceeded my expectations. And I had pretty high expectations to start with. You could just see the passion that had gone into creating the exhibits.?

From the start of building to the public debut, the timetable lasted about six months. According to Reed, before the university started publicizing the mobile museum, about 20 suitors requested a visit based on word of mouth. The current tour has 30 visits scheduled and registration is now available online. Reed says the museum will stop at RAGBRAI (Register?s Annual Great Bicycle Ride Across Iowa) and an appearance at the Iowa State Fair will be determined next month.

Reed acknowledges times have changed since his childhood in Arkansas. Today?s museums feature more ?hands-on? learning and an incorporation of technology. Because of the Iowa Mobile Museum, the Pentacrest Museums are no longer just Iowa City tourist attractions. The knowledge and materials of the museum are available to all Iowans.