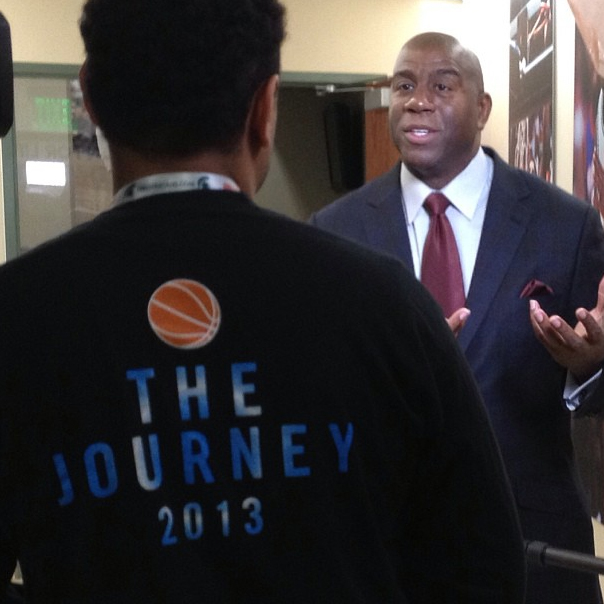 Current and former NBA players now know that in Commissioner Adam Silver we have a great leader leading our league.

Together, Not Divided, We Made A Stand… #salute #nba #adamsilver

Step one of forcing Donald Sterling to sell the Clips is in place as Adam Silver handed down his punishment today-lifetime ban/$2.5m fine!

Be not the man who judgeth immediately, be thy man who listens intently, then drops the hamma! Way to set an example Adam Siver!

good riddance Donald Sterling. You will not be missed!!!

I'm happy with the decision that Adam Silver and the NBA made today. It is a privledge on all levels to be a part of the NBA #WeAreOne

His 1st real situation. Big decision needing to be made to see how he can govern the league. Earned tons of respect!! Good for him!!

And some football players:

Adam Silver is handling his business!

Commissioner Adam Silver wasn't playing around!! I agree with him 100% ??

Donald sterling got what he deserves ain't nobody got time for racism now days there are so many other important things to worry about!!!