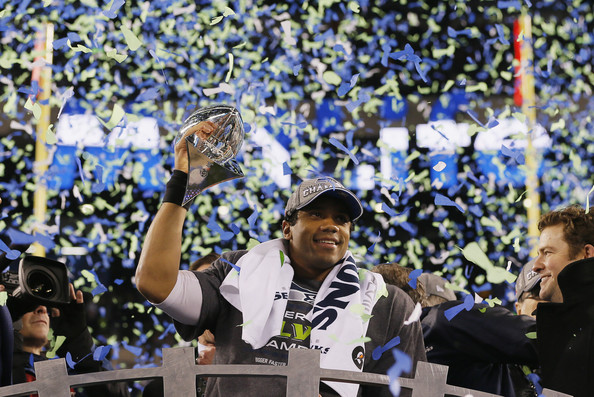 Remember, not so long ago, when Purdue was deemed the name "The Den of Defensive Ends" for producing a massive amount of top-notch defensive ends who went on to play in the NFL? Names like Rosevelt Colvin, Chike Okeafor, Shaun Phillips and Anthony Spencer struck fear in opposing Big Ten quarterbacks throughout the late 90's and early 2000's.

Even before that, Penn State became known as "Linebacker U" because of dominant linebackers such as Shane Conlan, LaVar Arrington and Paul Posluszny, all of whom had or are currently having success in the NFL.

This year's NFL Draft is loaded with Big Ten talent as well. In fact, ESPN NFL Draft expert Mel Kiper Jr. projected six Big Ten players to go in the first round of his most recent NFL Mock Draft.

That got me thinking about which Big Ten schools are currently producing the most NFL talent. I studied the past five years and looked at the number of draft picks, where the players were drafted and what type of success the players have had in the NFL, variables I used to compile this ranking.

Here is my ranking of the top Big Ten NFL-producing programs over the past five years (2009 draft).

1. Wisconsin Badgers (20 selections)
The Badgers have had 20 NFL Draft picks over the past five seasons, which ranks third in the Big Ten. But there are two reasons why the Badgers earned the top spot on this list — Where those draft picks were selected, and the amount of success they have had at the NFL level. A total of 13 of those 20 draft picks were first-, second- or third-round selections. That list includes names such as 2012 NFL Defensive Player of the Year J.J. Watt, 2013 Super Bowl QB Russell Wilson and Travis Frederick, three of the top players at their respective position.
Best of the bunch: J.J. Watt & Russell Wilson

2. Ohio State Buckeyes (23)
This is the program that many probably expected to see in the top spot on this list. The Buckeyes have produced 23 NFL Draft picks over the past five years, seven of which came in the 2009 draft. The top NFL talents in that group includes the likes of Malcolm Jenkins, James Laurinaitis and Chris "Beanie" Wells. Don't be surprised if you see that list grow substantially in size after this year's draft, which includes names such as Ryan Shazier, Bradley Roby and Carlos Hyde, all of whom could be first-round selections.
Best of the bunch: James Laurinaitis

3. Iowa Hawkeyes (23)
Iowa is tied with Ohio State for the most Big Ten NFL Draft picks since 2009. How about that for a statistic? The only reason why Iowa doesn't maintain the top spot on this list is because of only four of its 23 selections over the past five seasons have been first- or second-round picks. Guys like Riley Reiff and Micah Hyde are young, promising players who could develop into elite NFL talents, but as of now, Iowa doesn't have many studs in the NFL outside of Chad Greenway and Marshal Yanda. Nonetheless, being this high on this list is a credit to Iowa's coaching staff.
Best of the bunch: Riley Reiff

4. Penn State Nittany Lions (20)
There's a reason people should still refer to Penn State as "Linebacker U." Six of the program's 20 NFL Draft picks over the past five years have been linebackers. That list includes the likes of NaVorro Bowman and Sean Lee, two of the top, young linebackers in the NFL. Penn State should continue to maintain its spot on this list as several players are expected to be future high NFL Draft picks, including Allen Robinson and DaQuan Jones, who are predicted to be selected in the first three rounds of the draft.
Best of the bunch: NaVorro Bowman

5. Illinois Fighting Illini (19)
Seeing Illinois this high on the list may surprise some people, but don't be fooled: Ron Zook brought a ton of talent to Champaign during his time as head coach. Over the past five years, Illinois has produced 19 NFL Draft picks, which is the fifth-most in the conference during that span. Of those 19 NFL Draft picks, 11 of them were first-, second- or third-round selections. That includes the likes of Vontae Davis, Jeff Allen and Whitney Mercilus, all three of who are rising stars in the NFL. This is a program that prides itself on producing quality NFL talent, and rightfully so.
Best of the bunch: Vontae Davis

6. Nebraska Cornhuskers (18)
As much as you might not associate Nebraska with excellent defense in recent years, the program has produced some impressive NFL talent over the past five seasons. A total of 18 Cornhuskers have been selected in the NFL Draft since 2009 (the Huskers joined the B1G in 2011), including 11 on the defensive side. The list includes the likes of Ndamukong Suh, Prince Amukamara, Alfonzo Dennard and Lavonte David. That foursome combined for 319 tackles, 13 sacks and seven interceptions this past season. That's some serious value.
Best of the bunch: Ndamukong Suh & Lavonte David

7. Michigan State Spartans (13)
Over the past five seasons, the Spartans have sent a total of 13 players to the NFL. Le'Veon Bell is probably the most acclaimed of this group. Guys like Jerel Worthy, Kirk Cousins and Keshawn Martin have also enjoyed success in their young NFL careers. Most people associate MSU with being a defensive program, but seven of the Spartans' 13 draft picks since 2009 actually play offense. This is a balanced program that will add several more NFL Draft picks to the list this year, with the likes of Darqueze Dennard, Max Bullough, Denicos Allen, Bennie Fowler and Isaiah Lewis.
Best of the bunch: Le'Veon Bell

8. Michigan Wolverines (12)
The winningest program in college football history took a serious hit with Rich Rodriguez running the show from 2008-2010. Because of that, the Wolverines' number of NFL Draft picks over the past five seasons (12) is certainly lower than one would expect. To help put that in perspective, Michigan produced a total of 23 draft picks in the previous five seasons (2004-2008). Look for these numbers to increase greatly over the next couple of seasons in Ann Arbor.
Best of the bunch: Brandon Graham

9. Purdue Boilermakers (7)
Purdue's reign as "The Den of Defensive Ends" has certainly slowed down, but this program still continues to produce NFL talent. The Boilermakers have had seven NFL Draft picks since 2009, and that includes Pro Bowl linebacker Ryan Kerrigan, who has been a stud during his first three seasons in the league. Kerrigan has racked up 183 tackles, 25 sacks, 10 forced fumbles and two interceptions for touchdowns during his young career. Former Purdue defensive tackle Kawaan Short, who was a second-round pick of the Carolina Panthers last season, enjoyed a solid rookie campaign and should have a bright future ahead.
Best of the bunch: Ryan Kerrigan

10. Northwestern Wildcats (5)
Northwestern isn't exactly known as an NFL-producing pipeline, but don't discredit the job Pat Fitzgerald has done since taking over this program back in 2006. The Wildcats have produced five NFL players over the past five seasons, four of which are currently on NFL rosters.
Best of the bunch: Corey Wootton

11. Indiana Hoosiers (5)
It's no secret that Indiana is known as a basketball school, but head coach Kevin Wilson appears to have this program trending in the right direction. Like Northwestern, the Hoosiers have produced five NFL Draft picks since 2009. They should make a leap up the list after this year's draft, as wide receiver Cody Latimer is projected as a potential first-round pick.
Best of the bunch: Rodger Saffold

12. Minnesota Golden Gophers (2)
This stat is the most surprising part of this list: Minnesota has produced a total of two NFL Draft picks since 2009 – Eric Decker and Nate Triplett. They were both chosen in the 2010 NFL Draft, which means the Gophers haven't had a player selected in the past three drafts. That will change this year with defensive tackle Ra'Shede Hageman projected to be a first-round selection, but the Gophers still have a long way to go in order to gain some ground on this list in the near future.
Best of the bunch: Eric Decker