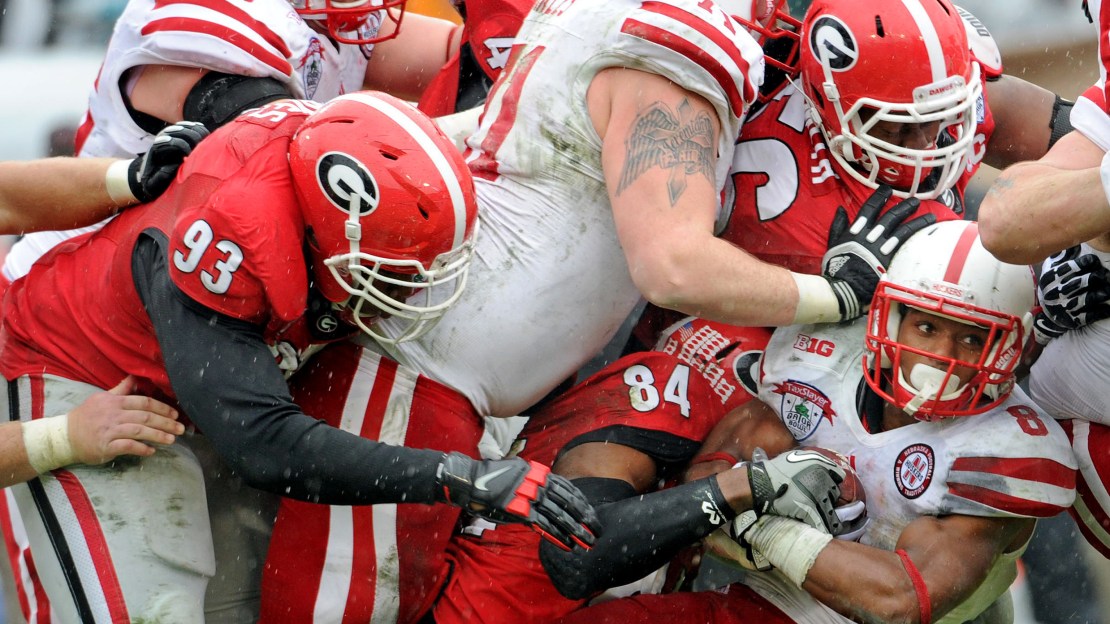 I was a bit bummed when I heard the SEC would retain its current scheduling format, which calls for eight conference games each season.

With the start of a four-team playoff this fall, college football needs more uniformity across the board when it comes to building schedules-then ultimately comparing resumes when it comes to selecting playoff teams.

Having all of the major conferences playing the same number of league games would have been a start. The next would be to have each conference play a league championship game. The Big 12 is the only top league that doesn?t, as it currently has only 10 teams and would need to add two to reach 12 and have a title game between division winners.

Again, the more similarity between teams, the easier to adjudge who merits spots in the playoff. This is when having a college football czar would be a good thing. Think Kennesaw Mountain Landis.

The SEC has a 6-1-1 scheduling format, with teams playing the other six schools in their division, one permanent crossover opponent and one rotating foe each season. It was believed by some that the SEC may move to a nine-game league to give the conference more desirable inventory for the soon-to-launch SEC Network. Heck Nick Saban-who has the loudest voice among SEC coaches-wanted a nine-game league menu. Alas, the SEC opted to retain the status quo and give its schools more scheduling flexibility with four non-league games as opposed to the three for the Big Ten, Pac-12, Big 12 and ACC.

However, the SEC is mandating that each school plays at least one game vs. a team from another ?Power Five? league. So, there is that. Some such games have existed for years within the SEC, and they are nice: Florida-Florida State; South Carolina-Clemson; Georgia-Georgia Tech; Kentucky-Louisville. Other SEC schools will have to search out such a foe each year.

Conversely, the Big Ten is moving to a nine-game league schedule in 2016.

The Big Ten will take a "parity-based" approach with its conference scheduling, meaning the marquee programs will battle vs. each other outside of division play as often as possible. The Big Ten also wants every player to have a chance to play each of the other 13 league teams during his four-year career, so cross-division foes will change from season to season.

Still, some Big Ten powers will go stretches without seeing each other. For example, Nebraska and Michigan won?t play between 2014-17. The same goes for Penn State-Wisconsin. But the schedules should even out over time.

But that?s nothing compared to some of the droughts in the SEC. Alabama-Georgia takes place once every 12 years. Ditto Florida-Bama, LSU-South Carolina. That?s too bad. Why not dish up more league battles like that than leave it up to schools to find a quality foe from another ?Power Five? league for a non-conference tilt?

The only thing that likely will force the SEC to adopt a nine-game conference menu is if an eight-game format costs a SEC team a spot in the playoff because strength of schedule is weak. But, it probably won?t happen. The SEC knows it. That?s why the status quo was retained. When the dust settles, the SEC will be right in the hunt for one (or maybe two) playoff spots each season in a push for yet another national championship.

Maybe the giant TV networks are the ones who ultimately force the SEC's hand. But, until then, college football continues to be played on an uneven plane. And, that?s too bad.