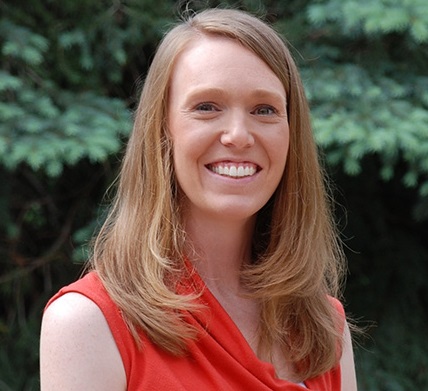 Grant Fehr saw a lot of himself in Connor Long. Connor displayed an outgoing personality, but he was unsure what he wanted to do with his life.

One difference was Fehr was a University of Nebraska sophomore when he met Long. Long was a Lincoln East High School junior. As part of the Nebraska Human Resource Institute, a 65-year-old leadership development program in Lincoln, the duo was paired together. Fehr, the Nebraska leader, was assigned to develop the leadership qualities in Long.

In two years of working with Long, Fehr was giddy at the results. Fehr noticed a growth in social interaction, and Long was selected as the varsity basketball captain his senior year.

?I just kind of worked with Connor in developing his strengths and picking out what he?s good at and what he excels,? Fehr, 21, now a senior, says.

The Nebraska Human Resources Institute was founded in 1949 by Dr. William E. Hall and Dr. Donald O. Clifton. The duo challenged common psychology studies at the time, which focused on diagnosis and treatment. Hall and Clifton studied the psychology of success, strength and positivity.

Hall and Clifton examined students and found a progressive theme. ?They identified students who were extremely successful influencing others. They called this high human relations capital,? says Dr. Lindsay Hastings, the current director of NHRI. ?They learned these students talked about difference-makers in their lives who had an influence on them. They wanted the opportunity to be a difference-maker in other people?s lives.?

The findings of Hall and Clifton sparked the birth of NHRI?s relationship between the University of Nebraska and the Lincoln School District. Hall and Clifton matched leaders on Nebraska?s campus with leaders from Lincoln high schools. Each college student was paired with one high school student, establishing a pairing between a counselor and junior counselor.

Today, NHRI is a highly-regarded program featuring 180 counselors and 180 junior counselors. Junior counselors range from first graders to high school seniors. Nebraska students are chosen (from applications and recommendations) in January of their freshmen year.

The tradition and reputations make the program a rich part of the UNL and Lincoln community.

?I fell in love with the program right away,? Fehr says. ?It was full of people I looked up to. They were fun to be around and committed to the university. They wanted to make the university a better place.?

Hastings became director in 2008, four years after her final year as an undergraduate counselor (she graduated Nebraska in 2007 with a B.S. in Secondary Math Education). While attaining her masters in Leadership Education (graduating in 2008), she took served as an associate director. Hastings now holds a Ph.D. in Higher Education Administration (2012).

Along with heading the program, she is an assistant professor in community leadership development. Hastings teaches a leadership class reserved for NHRI students.

Fehr took the class as a sophomore. His infatuation with the course led him to hang around. He was a TA as a junior.

?NHRI kind of changed the way I looked at education and at life,? Fehr says. ?Before I took the class, I was kind of lost, I didn?t know what I wanted to do in life. The class taught me the value of relationships and working with younger generations to inspire them.?

Fehr was this year?s recipient of the Stuart Award, given to the most outstanding senior in NHRI. An interviewer for potential counselors this year, Fehr?s NHRI career is long from over. A marketing and secondary business education major, he will be taking a victory lap fifth year to finish his undergraduate studies. He aspires to follow with a two-year stint pursuing a masters in sports administration. Fehr hopes to be a graduate assistant for NHRI during three more years in Lincoln.

Hastings will continue the long-lasting traditions of NHRI and is open to more studies such as this year?s on reinvestment. One of her unique goals is to encourage the spread of NHRI?s model.

?I?d love to see NHRI on every campus in the Big Ten. I think it?d be really neat to take this strength-space leadership mentoring to every school,? she says.

Hastings calls Lincoln the ?birthplace of positive psychology.? NHRI has had a great run in its birth city. The run is only growing at home.