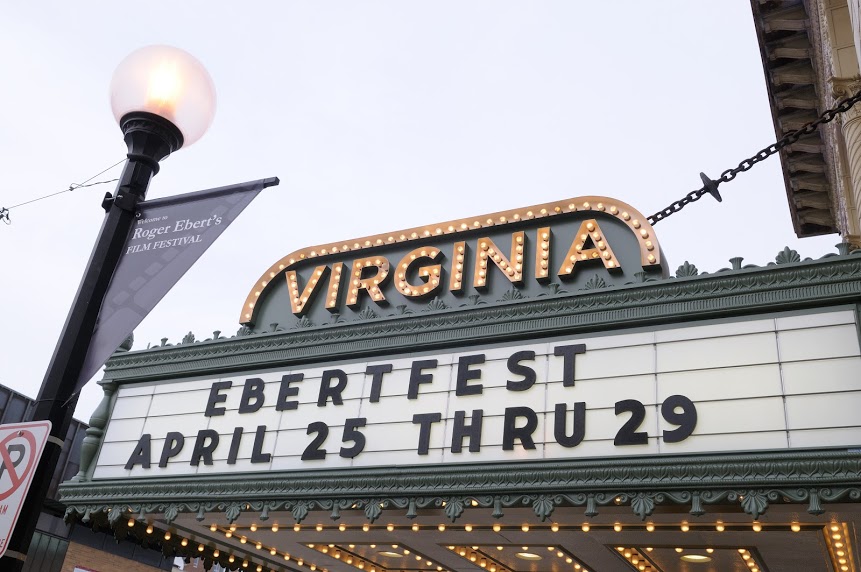 HAL 9000 is not real. Despite its fame from 2001: a Space Odyssey, the Arthur C. Clarke novel-turned-Stanley Kubrick film (both in 1968), the talking sentient computer that could interact with astronauts in space never actually existed.

Hal was not really built in Urbana, Illinois, in 1997 either.

But he did lead to the birth of the Ebertfest film festival at the University of Illinois at Urbana-Champaign.

In 1997, the University of Illinois hosted a five-day festival, Cyberfest, to honor Hal?s fictional birth year. Nate Kohn, a professor at the University of Georgia, who holds a Ph.D in Communication from Illinois, was in charge of producing the event. He worked closely with Roger Ebert, the Pulitzer Prize-winning Chicago Sun-Times film critic and Illinois graduate, who was tabbed to host the Cyberfest Gala and screening of 2001: A Space Odyssey in its original 70-millimeter stereo format.

Ebert was born in Urbana and Kohn in sister city Champaign. They grew up a few blocks from each other in Urbana and Ebert was a senior when Kohn was a freshman at Urbana High School. Kohn says they did not know each other personally. Kohn remembers Ebert as the editor of the high school newspaper who also worked for the local publication, The News-Gazette.

Cyberfest proved a successful event for Kohn, Ebert and the Illinois College of Media. It also got Ebert and Kohn talking about an annual film festival. Although many people think of Ebert as a Chicago guy for his career work, much of Ebert?s heart remained in Urbana-Champaign.

?He?s always had a strong connection to the university. His father worked there and he went there. He still has relatives there,? Kohn says.

The brainstorming turned into Roger Ebert?s Overlooked Film Festival, which debuted in 1999. The festival celebrates films that ?haven?t received the recognition they deserved during their original runs.? Now known as Ebertfest, the film festival will hold its 16th gathering April 23-27 at the Virginia Theater in Champaign.

For many of the festivals, Ebert served as host of the event while ill. In the last few years of Roger?s life, his wife Chaz stepped in as host (she is now the executive producer and host). On April 4, 2013, Ebert passed away after a decade-long battle with cancer.

In 2013, Kohn, Chaz and the Ebertfest staff went on without Roger. Ebert helped plan Ebertfest before his passing, and he left a lineup that included guests Jack Black, Tilda Swinton and Richard Linklater.

This year, the show goes on again. The lineup is as star-studded as ever. Steve James, Brie Larson, Patton Oswalt, Bennett Miller, Spike Lee, and Oliver Stone are among the guests at this year?s festival. Lee?s ?Do the Right Thing? and Stone?s ?Born on the Fourth of July,? two films celebrating their 25th anniversaries, are among the films being screened.

?I have been intimately involved with Roger since the programming process began in 1999,? Kohn, festival director, says. ?We drew up a list a films that we wanted to have in the festival, but for one reason or another, had yet to play some. Chaz and I went through that list and selected the films that would be interesting this year. We went through the same process Roger went through.?

James, best known for his film Hoop Dreams, will start the festival with one of a series of tributes to Ebert. His documentary, Life Itself, based on Ebert?s memoir of the same name, will serve as the Wednesday opener. James and Chaz will be on stage for a Q&A after the film.

Along with the 12 films being screened, the tributes to Ebert will last through the weekend. On Thursday at noon, a life-size statue of Ebert will be unveiled outside the Virginia Theater. Friday morning will feature a panel discussion ?Remembering Roger Ebert,? with a group of Ebert?s former colleagues and writers for RogerEbert.com.

According to Kohn, 20,000 people, some new and some old, are expected to be in attendance for at least some portion of the internally-acclaimed film festival. Attendees will flock from as far as Europe and Australia.

?Even before we announced the films, we filled out all our festival passes,? Kohn says.

Beyond the entertainment value of Ebertfest, the festival is one of the most important educational events of the university. Students in the College of Media are involved with the planning of the event and many students volunteer during the festival.

?I think the festival has become the premier event outside of sports that the University of Illinois and the Urbana-Champaign community has on an annual basis,? Kohn says.

Maybe it is only fitting Ebert?s legacy moves like that of a script. The film critic was born and raised in the Urbana-Champaign area. He went to college and got his formal education in his hometown. Then he left the countryside for the big city. His plot ends where it began, leaving his mark on his first love, Urbana-Champaign. Roger Ebert will never critique a film again, but Ebertfest will carry on for him.

For more information about this great celebration of cinema, visit www.ebertfest.com.

Here is the introduction of the first film of last year's event: