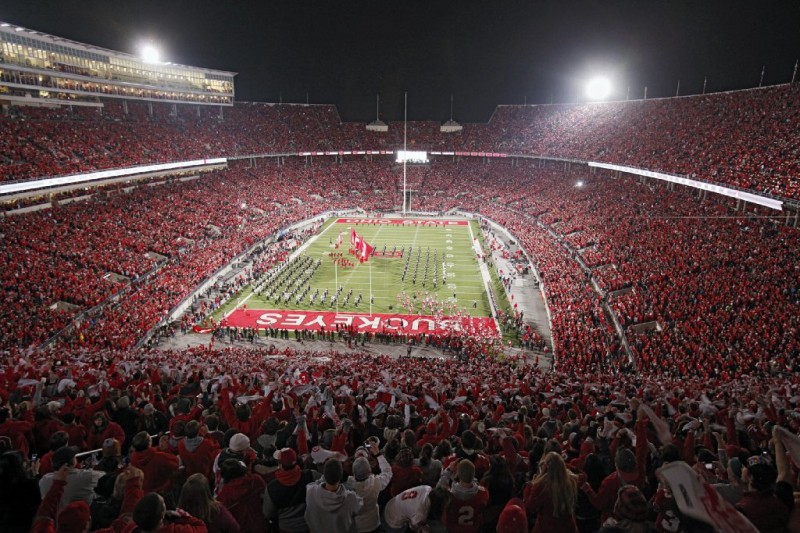 Earlier this morning, we released BTN?s 2014 primetime football selections. The six games to air in prime-time this fall will include the 2013 Big Ten Champion Michigan State, Ohio State, Michigan and Big Ten newcomers Maryland and Rutgers. The day prime-time schedules are released is always exciting, because it?s like the unofficial start of football season. What most people may not realize is how extensive the research and planning process is prior to finalizing and announcing the selections.

To help explain some of the more intricate details, I sat down with Michael Calderon, BTN Vice President of Programming and Digital Media. Later this summer, we will announce BTN?s slate of games for the opening three weeks of the 2014 season.

Derek Reinglass: When does the primetime selection process begin each year?
Michael Calderon: We actually begin studying the schedule a couple of years in advance, but the process gains steam every year in March. That?s when we begin placing our requests and seeking approval for our selections.

DR: What are some of BTN?s goals when trying to strategize and make selections?
MC: We want to select games and schedule them in broadcast windows where they can draw the most viewers. We?ve learned over the years that the audience becomes fragmented when we schedule primetime games that compete directly with Big Ten games on ABC or ESPN. This year, four of the five Saturdays where we are airing a game in prime are weeks where ABC/ESPN will not be offering a Big Ten prime game, creating more opportunities for fans to watch Big Ten football.

DR: How has BTN?s primetime schedule evolved since launch?
MC: I think our primetime schedule has evolved every year. I?m very pleased that this year?s schedule includes the most conference games we?ve ever had in primetime. The focus this year was on finding compelling matchups that will appeal to all college football fans.

DR: With the addition of Maryland and Rutgers, how did that alter the overall process and what impact did it have on selections?
MC: The extra inventory of conference games certainly helped us schedule five conference matchups in prime. And we wanted to make sure that we were able to feature both Maryland and Rutgers in prime at least once in their first season in the Big Ten.

DR: I know Tom Dienhart broke down the matchups, but from a programming standpoint which of the primetime games are you most excited about and why?
MC: I think the two that I?m most excited about are Penn State at Rutgers (Sept. 13) and Michigan State at Maryland (Nov. 15). The first game will feature two Big Ten debuts: James Franklin as coach of the Nittany Lions and Rutgers? first-ever Big Ten Conference game. The Nov. 15 MSU/Maryland game features a tough road match-up for Michigan State and it?s always great to get a late-season game for a preseason top-10 team.