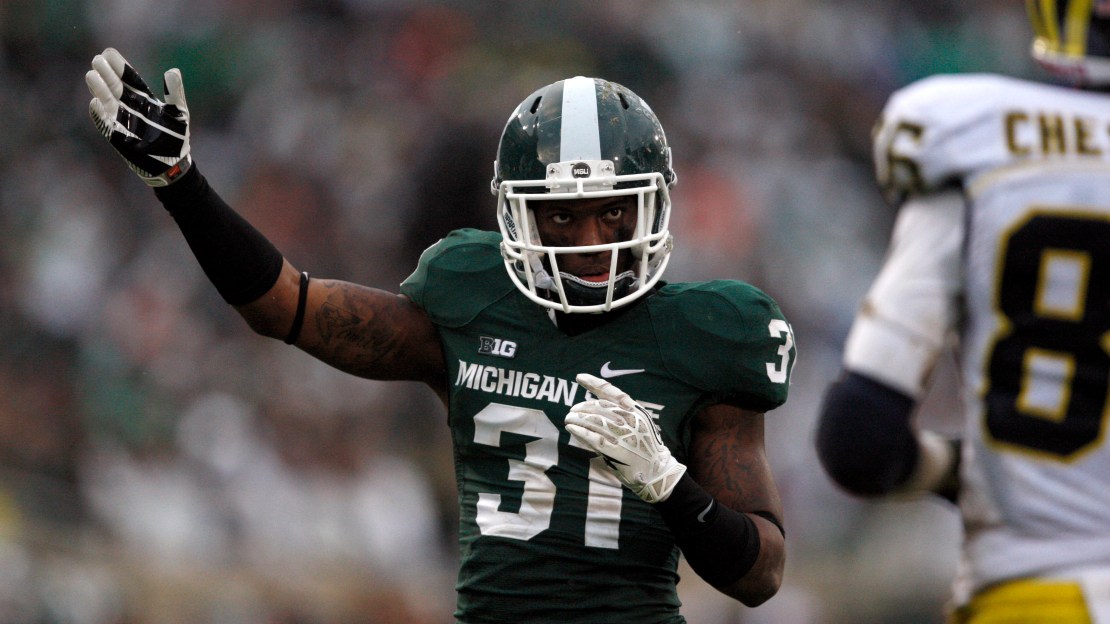 We are inching closer to the NFL draft. And the Big Ten can only hope the 2014 draft is more fruitful than the 2013 draft. The Big Ten had just one first-round pick in 2013-and it didn?t come until No. 31 overall, when the Cowboys tabbed Wisconsin center Travis Frederick.

And there were just four second-round selections: Purdue DT Kawann Short; Michigan State RB Le?Veon Bell; Ohio State?s Johnathan Hankins; Wisconsin RB Montee Ball. In all, the Big Ten produced only 22 draft picks, its lowest total since 1994, when it had 21 (and 11 teams, not 12).

The prospects look better for the 2014 draft, which kicks off May 8.

Here is a look at the 10 Big Ten players who figure to go off the board first. The only sure-fire first-rounders are Michigan State?s Darqueze Dennard and Michigan?s Taylor Lewan.

1. CB Darqueze Dennard, Michigan State. He is well-schooled in the art of press-man coverage, making him a plug-and-play defender in a pass-happy NFL. Physical, tough, smart.

3. DT Ra?Shede Hageman, Minnesota. Big, agile interior force who arrived on campus as a tight end. Needs a more consistent motor. Can rush and defend the run with equal aplomb.

4. CB Bradley Roby, Ohio State. Yes, he had a disappointing junior season. Still, Roby possesses the requisite skill set and measurables that have teams drooling. He?s ready for a challenge.

5. LB Ryan Shazier, Ohio State. It?s his speed and athletic ability that have teams excited. He gets to the ball carrier in a hurry-and he arrives with a bad attitude. Need more size.

6. RB Carlos Hyde, Ohio State. He?s the prototypical NFL back, as Hyde is a big, physical load who can move the chains and carry a big load week in and week out. Could be a 1,000-yard back.

7. LB Chris Borland, Wisconsin. He fails the eye ball test but aces the film test. Borland is a tackling dervish who has trashed doubters his entire career. Think Sam Mills or Zach Thomas. Blows up stereotypes.

8. WR Allen Robinson, Penn State. Can?t deny his route-running skills, hands and overall productivity. But his lack of a top-end speed is a negative. So what? He?s football fast. And that?s all that matters.

10. DT DaQuan Jones, Penn State. One of the Big Ten?s most underrated players last season, Jones is a stout run-stuffer who will fit well on the interior of any team?s line with his strength and build.