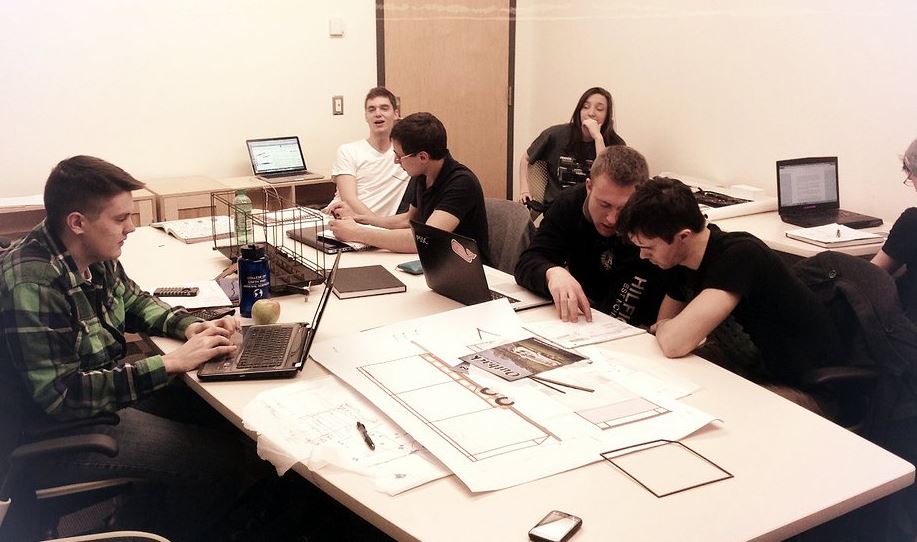 It started as an undergraduate thesis. Now, it may help rebuild New Orleans. In fall 2012, Aaron Wertman was a fifth-year student in Penn State?s Stuckeman School of Architecture and Landscape Architecture. His undergraduate thesis challenged him to identify an issue and solve it with an architectural solution involving a 20,000 square foot building. Wertman studied the Lower Ninth Ward of New Orleans and evaluated how architecture could improve one of the most-damaged areas from 2005?s Hurricane Katrina.

Upon starting his Master of Architecture studies at Penn State, Wertman, 24, questioned the extent of his thesis. (Wertman?s master?s thesis is an extension of his undergraduate thesis.) A 20,000 square foot building does not come out of nowhere. He wanted to identify incremental steps that could be taken before completing the main building.

?I scaled it. If the 20,000 square foot building is an envisioning of the process in 25 years, what does year two look like?? he says.

?It?s an RV that?s been repurposed into a tool trailer that?s self-sufficient, but can also house an individual to work using those tools,? Wertman says.

Wertman started his thesis studying displaced populations, specifically in areas of misfortune. This led him to examine areas affected by natural disasters, a natural progression into the Lower Ninth Ward.

Since Hurricane Katrina, the Lower Ninth Ward, stationed at the mouth of the Mississippi River, has struggled to sniff its old sense of life. According to the U.S. Census, the neighborhood had 14,008 people, 4,820 households and 3,467 families in 2000. In 2010, those numbers dropped by almost 80% to 2,842 people.

Wertman is far from the first individual to address housing development plans in the Lower Ninth Ward. He hypothesizes many of these plans failed due to a lack of connection with the area. Although he developed his blueprint in University Park, Penn., Wertman brings a new concept with Apparatus X: human interaction.

?The most powerful aspect is you?re able to stay. There?s a live-work nature,? he says. ?What Apparatus X allows me to do is actually be part of that space and be part of the community. I can work inside-out, not outside-in.?

Unlike other outside contractors who may direct a construction plan from an office, Wertman will bring his study out to the field. He does not need to rent a hotel room outside the Lower Ninth Ward. He will live in the prototype upon the move.

In August, Wertman will defend his Master?s thesis. After graduation, he will take the tool, currently being constructed by a team of students with Wertman as project manager, down to the Lower Ninth Ward. In New Orleans, Wertman will work with the Lower Ninth Ward Village, a 501 (c)3 organization dedicated to rebuilding the neighborhood. In the field, he will share the assets of Apparatus X with local individuals. Although he does not anticipate constructing enormous structures right away, Wertman wants to get the ball rolling with his mobile tool trailer.

It may be a number of years before Apparatus X proves a worthy tool in the reconstruction of areas affected by natural disasters. As Wertman alluded, it may be a 25-year process to see its full extent.

?I?ve had some really great professors in the architecture school who?ve pushed me to think differently about issues and think about them in a holistic way,? he says. Six years in University Park have prepared Wertman for his project in New Orleans. Now that his time as a student is nearing an end, his tenure as a potential architectural trailblazer is beginning.