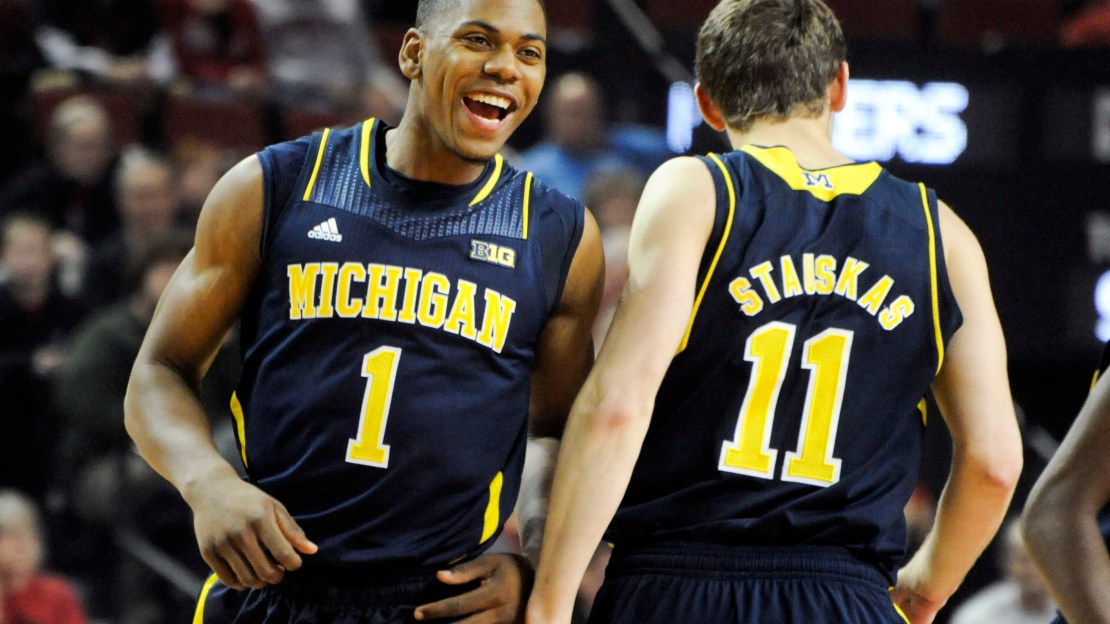 Stauskas leaving is no shock. He?s generally projected to be a first-round pick, just outside the lottery. But Robinson?s planned hop to the pros is a mild surprise, as he had an up-and-down campaign.

Stauskas took his game to another level in 2013-14, adding an effective dribble-drive game to his unmatched razor-sharp shooting skills en route to averaging 17.5 points, 2.9 rebounds and 3.3 assists. The result: Stauskas earned Big Ten Player of the Year honors in helping the Wolverines win their first outright Big Ten title since 1985-86 and advance to the Elite Eight.

The Canadian sharpshooter hit 92-of-208 three-pointers (44.2 percent) this past season, surpassing the 1,000-point career mark. He averaged 11.0 points as a freshman, hitting 44 percent of his 3-pointers (80-of-182) during Michigan?s run to the national championship game.

My two years at Michigan have been life changing and I will miss my teammates, coaches, fans and fellow classmates!

Robinson is projected by most to be a second-round choice but could sneak into the back end of the first round. He almost went pro after Michigan?s run to the national title game last season. The 6-6 forward averaged 11.0 points in 2012-13; he averaged 13.1 this past season, but his shooting percentage fell from 57 to 49 percent. The same was the case for his 3-point percentage, going from 32 to 30 percent.

Rebounding and defense haven?t been tremendous assets, but Robinson?s game may be better suited for the up-and-down NBA style. Still, some pundits felt Robinson could use more seasoning to become a more consistent player.

Speechless right now! Waking up every morning at 5:30am payed off. Crazy thing is, I'm still hungry!

Last season, McGary saw action in just eight games because of back injury suffered in August that ultimately required surgery on Jan. 7. The last time he played was Dec. 14.

Much was expected in 2013-14 after McGary blossomed in the 2013 NCAA tourney during Michigan?s run to the title game. He plays with unmatched passion and hustle and is a remarkable athlete for this 6-10, 255-pound frame. McGary averaged 7.5 points and 6.3 boards as a freshman; he averaged 9.5 points and 8.3 rebounds this season. Some felt he should have come out following his sensational debut. And, in hindsight, he probably should have, given his health issues. McGary may have been a lottery pick last season; now, he looks like a second-rounder. Players have until April 27 to make a decision.

With Stauskas and Robinson gone, Michigan will look to the likes of Caris LeVert and Zak Irvin to pick up their production on the wing. And each is more than capable. In fact, LeVert-also a sophomore-had a better season in many respects than Robinson in 2013-14, averaging 12.9 points with more assists, steals and three-pointers. And Irvin arrived with more hype and Robinson, winning 2013 Indiana Mr. Basketball honors.

The NBA draft will be held June 26.