Branden Dawson will return to Spartans for senior season 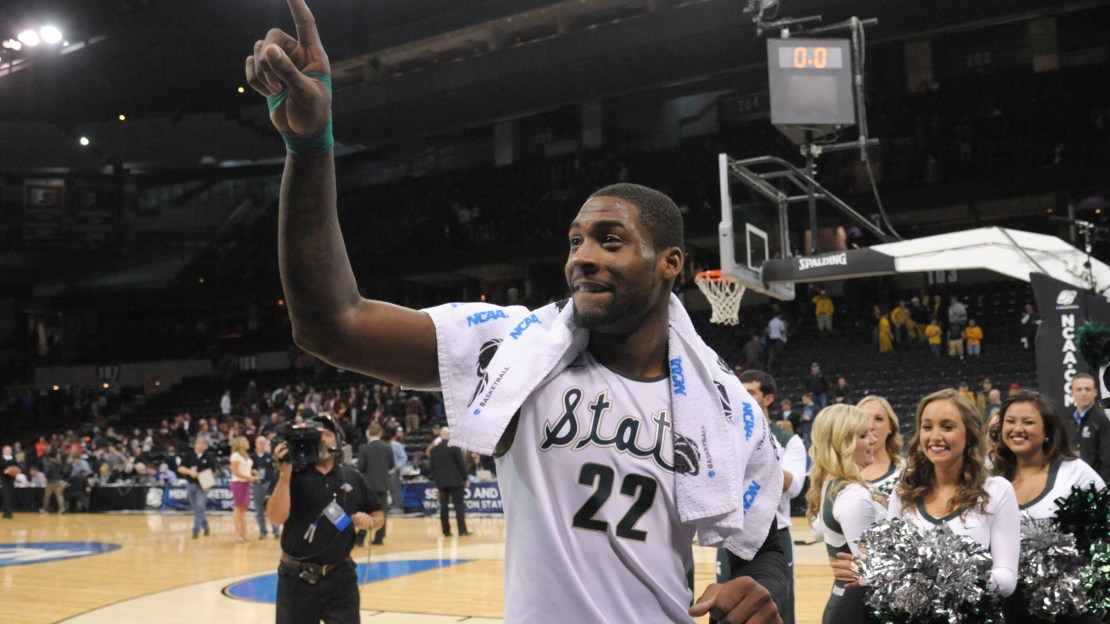 Michigan State forward Branden Dawson will put the NBA on hold and return for his senior season. The 6-6 Dawson made the announcement official on Tuesday afternoon.

"I was always pretty sure that I wanted to return for my senior season, but Coach Izzo said he would do what he does for all his players and gather some information," Dawson said. "As he started making calls, my mom came up and we met with Coach. The three of us decided that as far as my basketball career, both present and future, and the chance to finish my degree, including possibly needing to take just one class during my final semester, that my initial decision was the correct one."

Dawson averaged 11.2 points and a team-high 8.3 rebounds for the Spartans in 2013-14. After missing 10 games due to a broken hand, Dawson returned to the lineup and went on a tear during the final stretch of the season. He was named Most Outstanding Player of the Big Ten Tournament en route to leading the Spartans to its second title in three seasons. In four NCAA Tournament games, Dawson averaged 16.3 points and 8.8 rebounds, while shooting .634 from the field.

"I'm ready to put in another summer of work and excited to see the results," Dawson said. "I think I played some of the best basketball of my career over the last month, and I can't wait to do that every game next season."

Dawson's announcement came one day after sophomore guard Gary Harris announced he would forgo his final two years of eligibility and declare for the NBA Draft.

The Spartans now return one of the top duos in the conference next year with Dawson and Denzel Valentine. Those two should join 2013-14 reserves Travis Trice and Matt Costello as key players next season.