Which undeclared B1G player is most NBA-ready? 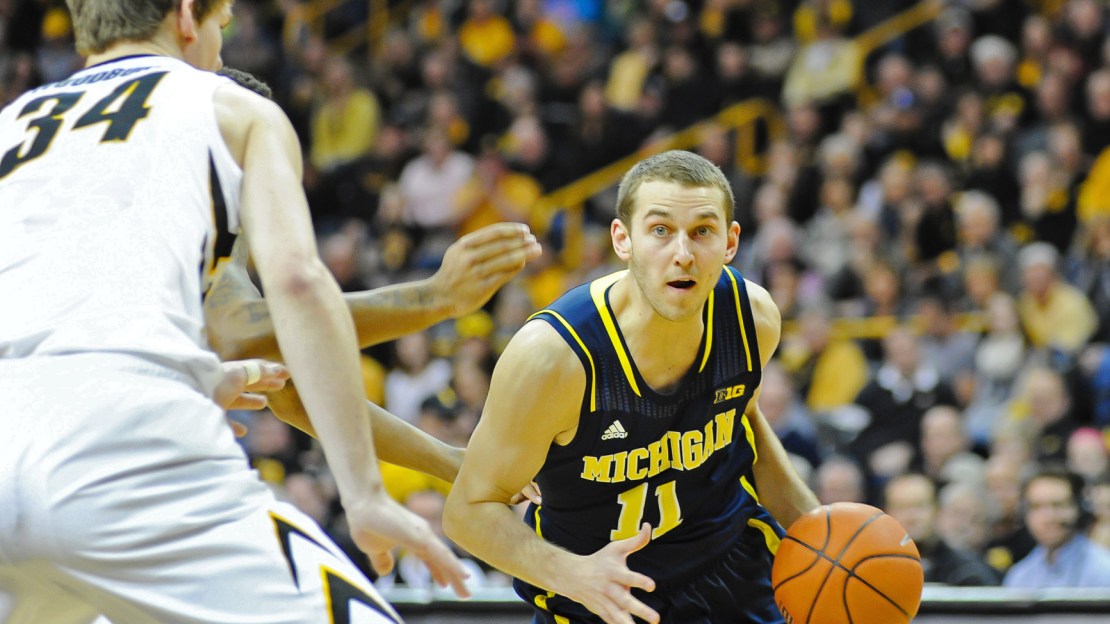 That's a talented list of players, which brought me to the following query: Which of these undeclared Big Ten players is the most NBA-ready right now?

I posed the question to eight top-notch writers who cover Big Ten hoops closely. Here is what I got.

* Michigan State's Gary Harris officially declared for the NBA Draft after this article was published.

* Reports have surfaced that Glenn Robinson III has signed with an agent and will declare for the NBA draft, but those reports have not yet been confirmed by the University of Michigan.

Mike DeCourcy (@tsnmike), Sporting News: Nik Stauskas is far and away the most prepared of the players involved in this conversation. He has a much better handle on his game, how to attack the defense, how to use the various weapons at his personal disposal. He is a much more consistent shooter than the other perimeter players. He's developed enormously as a ball handler and a pick-and-roll player. How well his athleticism will translate against NBA level defenders is still to be determined. The improvement in is ballhandling is a plus, but I think the next step in his development is to become elite at moving without the ball and getting open in those circumstances. He is very good at getting open, but he'll be facing better defenders and will need to continue improving that aspect of his game.

Pat Forde (@YahooForde), Yahoo Sports: I'd say Gary Harris. I think all six could be viable pros eventually, but Harris is an NBA-level shooter and he can defend well enough to get into a team's rotation right away. He may not have the upside of a Mitch McGary, but I think he's closest to ready right now.

Marcus Fuller (@GophersNow), Pioneer Press: Gary Harris already has the athleticism and shooting ability of an NBA-level scoring guard. His height (6-4) might not be ideal for the position, but staying in school won't help him there. Tom Izzo says Harris is ready, so you can't argue with that.

Travis Miller (@HammerAndRails), Hammer and Rails: Gary Harris — He is the most consistent and versatile scorer of this entire group and that makes him very valuable in today's NBA. McGary had injury concerns and Hammons is nowhere near as consistent as he should be. Robinson is an athletic freak, but it seems like he could use one more year of polish. Dawson has his own injury concerns and Stauskas is probably No. 2 behind Harris.

Joe Rexrode (@joerexrode), Detroit Free Press: Of those choices, I'm going with Gary Harris as the most NBA-ready, followed by Nik Stauskas. Harris gets the nod because he's ready to check someone in the NBA. Both can go hit shots right now. And there isn't really an obvious third. Robinson, Dawson and Hammons all need work. The toughest of the group to evaluate is McGary, who has the NBA body and a variety of skills. The questions are his back and his jump shot.

Kyle Rowland (@KyleRowland), Eleven Warriors: Gary Harris is the total package. He can score, assist, rebound and defend. His offensive skills translate well to the NBA. The way Harris can drive the lane and dish or take it all the way, sometimes drawing contact, makes him difficult to defend. He finishes and isn't afraid of contact. Harris' ability to play through that contact isn't always a trait in guards. A trade-off can be suspect ball-handling skills at times, but he might make up for it by being such an aggressive rebounder.

Mark Snyder (@Mark_Snyder), Detroit Free Press: While none of these players appear to be poised for immediate impact, Nik Stauskas and Gary Harris seem to have the best chance. One of the biggest challenges for young players in the NBA is the strength difference, but those two, especially Stauskas, have a weapon that can avoid that hurdle, proving they can shoot it, regardless of the defense. That's a valuable trait that will pay quick dividends in the league.

Chris Solari (@chrissolari), Lansing State Journal: I feel that Nik Stauskas showed the most all-around and consistent offensive talents – outside shooting touch, ability to get to and play above the rim – that would make the quickest transition to the NBA. His slight height advantage over Gary Harris makes him a little more of a prototypical pro 2-guard, but Harris' distinct edge on the defensive end doesn't have him very far behind Stauskas as a draft prospect. Both, to me, are potential lottery picks.